Since When Are the Catholic Hierarchy Experts on "Climate Change?" 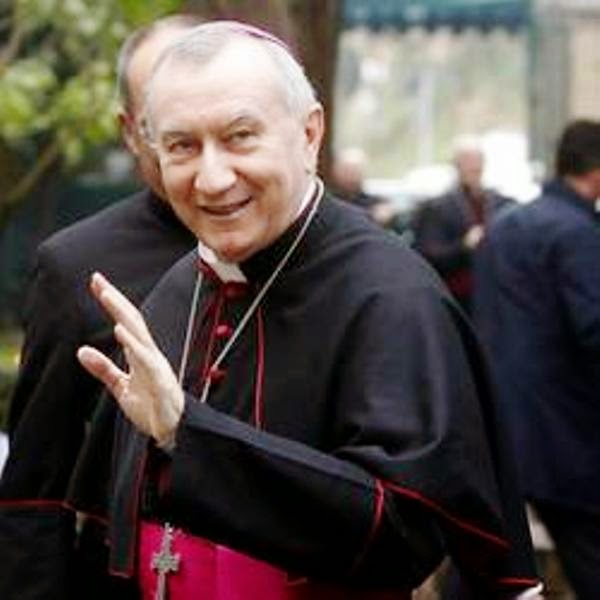 I'm shaking my head over this latest nonsense from a high level cleric!

“The scientific consensus is rather consistent and it is that, since the second half of the last century, warming of the climate system is unequivocal,” he continued. “It is a very serious problem which, as I said, has grave consequences for the most vulnerable sectors of society and, clearly, for future generations.”

“Numerous scientific studies, moreover, have emphasized that human inaction in the face of such a problem carries great risks and socioeconomic costs,” he added. “This is due to the fact that its principal cause seems to be the increase of greenhouse gas concentrations in the atmosphere due to human activity. Faced with these risks and costs, prudence must prevail, which requires thoughtful deliberations based on an accurate analysis of the impact our actions will have on the future.”

Cardinal Parolin is wrong. There is no "scientific consensus" on global warming. In fact, tens of thousands of scientists have officially opposed the hysteria of global warming that has been fostered using half-truths, fudged data, and even potentially criminal fraud. You can read their petition here along with a scientific, peer reviewed paper that disputes the current hysteria.

Basically, this is the global warming mantra. If it's hotter, it's global warming.. If it's colder, it's global warming. If it rains more than usual, it's global warming. If it's dryer than usual, it's global warming. (Since the weather got colder the mantra had to be altered to "climate change."). Chicken Little screams that the ice caps are melting! The oceans will rise. We'll all drown! In fact, Al Gore said the polar ice caps would be virtually gone by now. The fact? The polar ice caps are growing at a tremendous rate. The drought in California is touted as another hair raising result of global warming. The reality? It's not the worst drought or the longest in California's history. Does anybody remember the Dust Bowl? It wasn't the result of "global warming" but bad farming practices that stripped the top soil. Come on, people, the climate fluctuates. As my PhD physicist brother says, "Show me the data." Stop listening to the greenies who are motivated by two things: money and power. Grants don't go to those who say man made global warming/climate change is a myth. They go to the Chicken Littles and some of them distort the data deliberately to keep the money flow going. (See: Is Global Warming a Hoax?) As for power, controlling energy gives governments a big source of it.

As for Cardinal Parolin and the Vatican. Global warming is not their competence. And ignoring the scientific data that refutes global warming is irresponsible. It's one thing to talk about good stewardship of the earth. Christians are called to be good stewards. But let's talk about real environmental problems -- like polluting our groundwater with birth control hormones, fertilizers, and pesticides that are creating frankenfish! Cardinal Parolin talks about "prudence." I would say the Vatican needs to show a little more of that before promoting the false narrative of global warming!
Posted by Mary Ann Kreitzer at 12:02 PM

Anyone who paid attention in a HS Physics class could defeat the argument for so called global warming with the 1st law of Thermodynamics. (I'm a physicist btw)..It is impossible for a system to have more energy than it lets out. And people wonder why it's so hard to take the Church seriously, when her leaders comment on things they have zero clue on.