Are the Biden Administration and the Democrats in Congress Channeling the Third Reich? 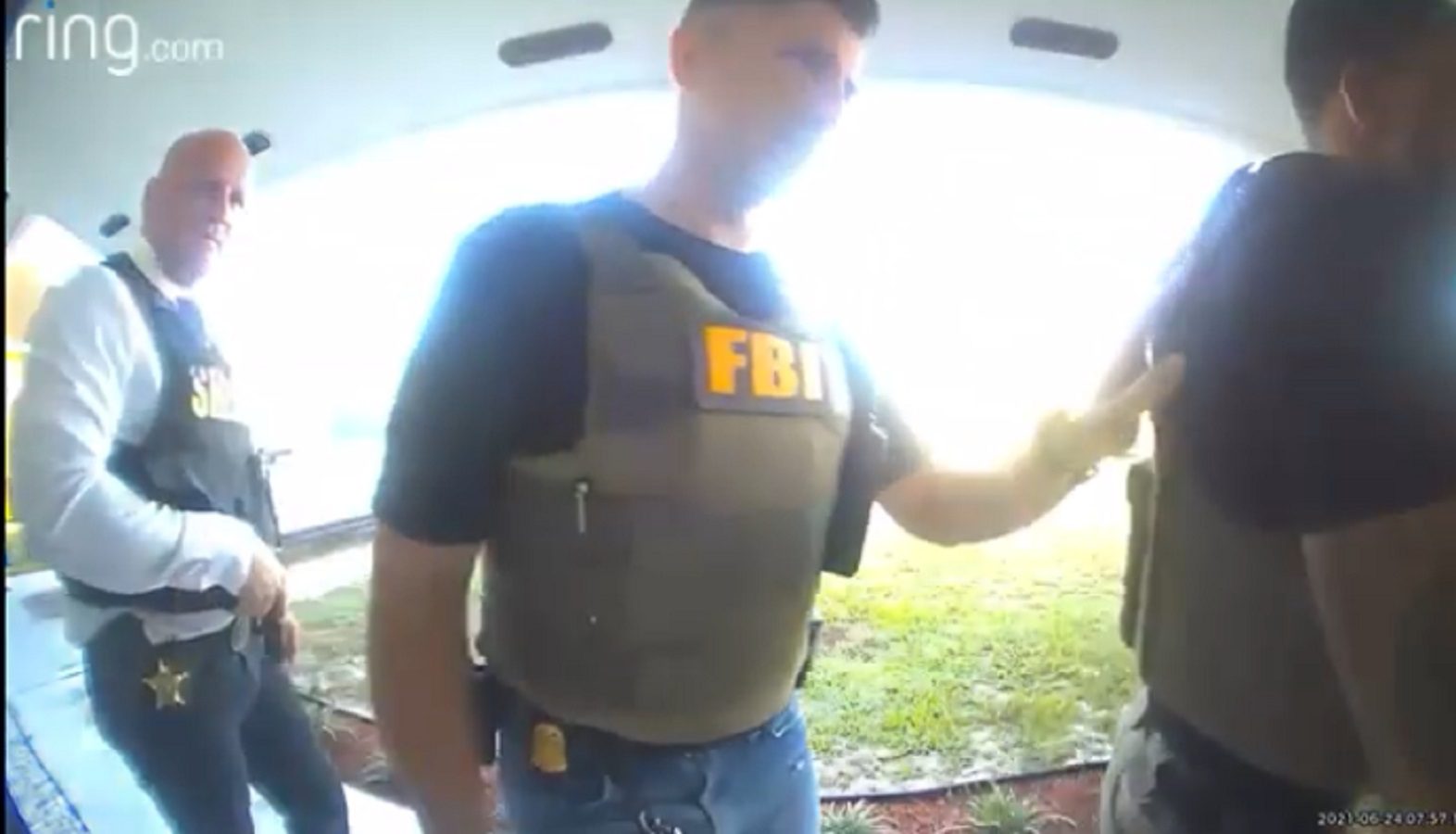 BREAKING EXCLUSIVE: 73-Year-Old Pastor and Purple Heart
Veteran Arrested For Being at Capitol, His Son Also Arrested in Front of 3-Year-Old Daughter (VIDEOS)
The liberal left continue to use the protest at the Capitol on January 6th to hammer patriotic citizens and send a message to the country that you better obey your masters -- OR ELSE!
When Antifa and BLM were rioting in major cities, the left enabled the criminals. VP Kamala Harris helped raise money for their bail so they could get out fast and go loot and burn some more. But if you supported Trump and were anywhere near the Capitol on the 6th you're a domestic terrorist. Oh wait...an insurrectionist!
The message is clear, anyone in a MAGA hat must be suppressed and labeled an enemy of the state. And the left is using our boys in blue, you know - the ones they hate and defund, to do the dirty with agents from the FBI who have become the brownshirts of America.
Recently, a holocaust survivor, Vera Sharav, expressed her concern over the medical mandates associated with the Wuhan virus and compared them to what she experienced as a child during World War II under an oppressive, genocidal regime.
Holocaust survivor warns against COVID mandates, new ‘fascist dictatorship’

While Sharav didn't discuss the protest at the Capitol, what she had to say could equally apply to what's happening to non-violent protesters in Washington who were welcomed into the building and didn't engage in any illegal activities:

“Today, debate is forbidden. A doctor is not allowed to say that the virus is being exploited to maintain a state of fear.” ...“Fear and propaganda were the psychological weapons the Nazis used to impose a genocidal regime, and today some are beginning to understand why the German people didn’t rise up: fear kept them from doing the right thing.”

Fear and propaganda sums up this administration to a T! And they have CNN, MSNBC, and the other mainstream media as their ministry of propaganda. How many people remain in solitary confinement in the D.C. jail for the "crime" of entering open doors at the Capitol on January 6th? How many others who actually committed or urged people to commit crimes were FBI agents or informants who weren't charged with anything and remain free? These unindicted co-conspirators often were more aggressive than those currently held without bail. But they get a pass for their criminal activities? WHY?

Have you read any of the articles about the political prisoners held for months in inhumane conditions with no greater charges than trespassing? In solitary no less! Here is one report from the Daily Mail:

The left keeps talking about "insurrection." Some insurrection. The only person killed was an unarmed woman veteran shot by a Capitol police officer while climbing through a broken window into a hallway. Joe Biden continues to lie about Capitol police officer, Brian Sicknick, saying he was murdered by the "insurrectionists." According to the D.C. medical examiner, however, Sicknick died of strokes and natural causes the day after the protest. Let's pray for him and for Ashli Babbit, the real murder victim that day.

Much of the evidence about January 6th remains under wraps.  Tens of thousands of hours of video surveillance inside the Capitol have been suppressed.  Why? No doubt it shows peaceful Americans milling about in the building doing absolutely nothing illegal. IT'S OUR BUILDING AFTER ALL! I've been there dozens of times. Would I have entered an open door on January 6th if I had been there? Probably.

I am more and more convinced that this was a false flag operation in order to suppress anyone who disagrees with our leftist tyrants. They approved and enabled the looting, burning, and rioting in major cities across the country. The rioters, the real domestic terrorists, like violent Communists in the past, help advance the left's agenda. No one is sending FBI agents to their doors with search warrants and handcuffs.

Vera Sharav sees the connection between the Holocaust that killed her dad and the current state of our country. She and expressed her fear over what she sees happening:

She compared the Great Reset, a program sponsored by the World Economic Forum and top multinational corporations, with Hitler’s “master plan.” Hitler, however, “only looked at Europe and taking over Russia, but still, he didn’t think global,” Sharav said. “This is global.”

“We’re being tracked, surveyed,” Sharav told Fuellmich, pointing to the rise of vaccine credential systems, like “green passports,” which she said create “an apartheid two-class society,” with “one class privileged, the other reviled and discriminated against.”

“Sound familiar? Will ghettos, detention camps follow? And how will people be killed?” she asked. “Once you start having these two-class systems you will not prevent a global holocaust.”...

“I never thought that I would be alive to be again afraid of the same elements.”

Evil never sleeps. The devil prowls the world like a ravenous beast, but he cannot overpower God's grace. Thomas More in a letter to his daughter Meg written from the Tower of London before he was condemned concluded with this:

My own good daughter, do not let your mind be troubled over anything that shall happen to me in this world. Nothing can come but what God wills. And I am very sure that whatever that be, however bad it may seem, it shall indeed be the best.

We should never be afraid of even the worst the world can do. God only allows evil that He might bring good from it. I'm confident that God will never allow me to be tested beyond my strength. And if the time comes for serious persecution, he will prepare each of us for it and give us the graces necessary to persevere. In the meantime let us defend the faith and engage in the battle to redeem the culture like the Loudoun County parents fighting critical race theory. Ora et labora for God and family.

My Jesus, I trust in You.

Posted by Mary Ann Kreitzer at 6:36 AM

I actually hate the police who enforce these illegal, immoral, unconstitutional executive orders. They have a choice to strap on weapons, drive the car, show the badge and take an innocent man into custody ... or not. But they do, and by so doing they become agents of the evil regime.

We live in a time of choosing.

As Americans we choose whether to become part of the communist takeover and concomitant police state required to enforce hated communist policy, or whether to resist it at various levels of personal sacrifice.

As Catholics we choose whether to become part of the apostate, schismatic Church and concomitant heretical communal Parish life, or whether to resist the visible Church and go underground with the tiny and increasingly persecuted True Church at various levels of great personal sacrifice.

The two worlds, both secular and Catholic, cannot co-exist. Choose we must.