Through the Gay Looking Glass: Curiouser and Curiouser 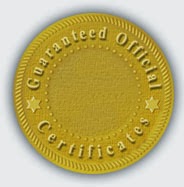 Well the LGBTIQ crowd has a new demand for the magic mirror of their X-rated Wonderland. Scratching your head over the IQ? No, it has nothing to do with intelligence; is there any to be had in the gay madhouse? IQ stands for "intersex," whatever that means, and "questioning" which is what they want all youngsters to do as they recruit them into their let's pretend lifestyle.

But back to the new demand that expands virtual reality a few more steps toward insanity. If a same-sex couple acquires a child and holds him/her up to the mirror, it must reflect back that they are both the parents. Forget the fact that such a thing is physically impossible without genetic manipulation. In the normal way of the world, it still takes a man and a woman to make a baby. Wow! What a revelation. But the LGBTIQ community apparently missed the birds and the bees talk.

But reality be damned!

The magic mirror must image their distorted desires. "I demand to be called the parent of this child!" the daddy surrogate-woman says. And the state must go along with her game and write her name on the birth certificate even though she contributed nothing genetically to the little one. And if the state won't join in the lie -- well obviously -- SUE! That's what's currently happening in Ohio where two lesbians are demanding that "their" child, a boy who is due in June, be listed on state records as having two women as parents. (Goodness! Now where did that Y chromosome come from?) This case gives new meaning to the term "fatherless."

Ohio has indicated it won't defend the law that bans same-sex marriage. Increasingly that seems to be the game plan for converting the culture to complete lunacy where truth is dropped down the rabbit hole and fun house mirrors litter the landscape to reflect back whatever the viewer wants to see. And the ramifications are widespread. Obviously in a culture where truth must be suppressed, education becomes, not a search for truth, but indoctrination in untruth. It's politically correct after all to say that two (or three or four) LGBTIQ folks in a relationship can parent children so it must be true! (Hmmm... are they depending on science or religion for this belief?)

The Queen of Hearts, empress of Wonderland, who rules over the new definition of "love and marriage" stands ready with executioner by her side to call "Off with their heads!" against any who dare to expose the farce. (It's so hateful to speak the truth!) Thinking and reality are verboten and those who say the queens, the dykes (oops...dukes), and the knaves are all naked must be reeducated or eliminated. Welcome to the Wonderland reeducation camp.
Posted by Mary Ann Kreitzer at 2:10 PM

I've been rereading The Homosexual Network - Fr. Rueda's book. Amazing what has come to pass since his study has been published. It is still very relevant. Too bad it is out of print.

I agree. I have a copy that belonged to my mom who was very involved in the pro-life battle. They are certainly closely linked. The mantra for both the pro-aborts and the homosexuals is "It's my body. I can do whatever I want with it." Sad distortion of human dignity. We are made in the image of God, but so many would rather behave according to the image of the father of lies.