What Price Will You Pay? 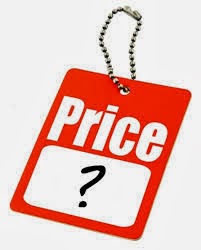 Feminists would have us believe that abortion has no cost. In fact, they say, you end up in the plus column with an enhanced quality of life and freedom to be whatever you want to be. Millions of women have bought the lie believing they are choosing happiness with no down payment. But the reality is that women pay a high price for their "reproductive rights." There's no such thing as a choice without consequences. How big a price is attached to abortion? Here's an excerpt from a Washington Times article:

A 1995 study by A.C. Gilchrist in the British Journal of Psychiatry found that in women with no history of psychiatric illness, the rate of deliberate self-harm was 70 percent higher after abortion than after childbirth.

A 1996 study in Finland by pro-choice researcher Mika Gissler in the British Medical Journal found that the suicide rate was nearly six times greater among women who aborted than among women who gave birth.

A 2002 record-linkage study of California Medicaid patients in the Southern Medical Journal, which controlled for prior mental illness, found that suicide risk was 154 percent higher among women who aborted than among those who delivered.

By 2003, the data was so compelling that a team of researchers published in the Obstetrical & Gynecological Survey (OGS), one of the top three obstetrical journals in the United States, identified a number of studies that found that “induced abortion increased … [the incidence] of mood disorders substantial enough to provoke attempts at self-harm” and concluded that, as a matter of medical ethics, “any woman contemplating an induced abortion should be cautioned about the mental health correlates of an increased risk of suicide or self-harm attempts as well as depression.”

Planned Parenthood and feminist groups work untiringly to make sure women are denied any information that might influence them not to abort. Their idea of a woman's "right to choose" is for them to choose for her, pat the ignorant darling on the head, and tell her everything will be all right if she just lets them solve her problem. They fight in the courts to deny her access to ultrasound to see her baby and to deny her information about her increased risk for depression and suicide and the link between abortion and breast cancer. Talk about paternalistic condescension! Women are too stupid to be given the facts for an informed choice.

And now an Australian politician, Fred Nile, is under attack for drawing attention to Charlotte Dawson's depression and suicide. She herself linked the onset of her depression to her "termination" in her autobiography Air Kiss and Tell. But telling the truth about abortion is not politically correct and the attack on Nile is just one more example of the abortion crowd trying to name-call their opponents into silence.

Abortion kills! And the baby isn't the only victim as more and more women are revealing. Silence about abortion also kills. We need to shout it from the rooftops. The cost of abortion is death for the baby and often depression and worse for the mother.

Please pray for the repose of the soul of Charlotte Dawson and all post aborted women suffering from their "free" choice that turned out to carry a high price tag in suffering.

The good news is that there is hope and healing for post aborted women. Visit here. No sin is too big for God's forgiveness! Do you have a friend who's had an abortion? Here's some good advice on how to talk to her.