Terrorists? Look at Harry Reid and the BLM!

Harry Reid and his fellow Nevada senator Dean Heller faced off recently with Reid labeling Bundy's supporters as "domestic terrorists" vs. Heller's designation of them as "patriots." (More here.) 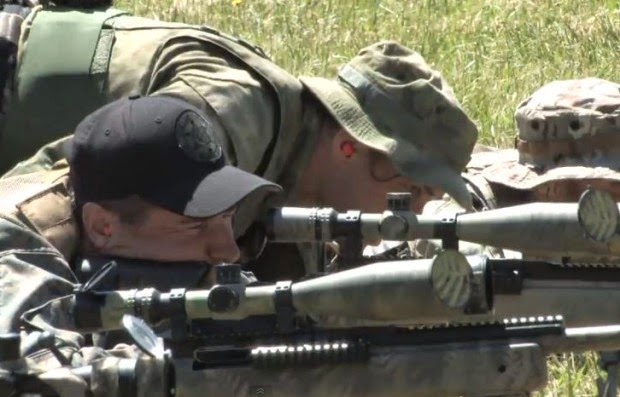 Now I ask you...who looks like terrorists? The cowpokes on horseback protecting the Bundy family by their presence or the BLM snipers on the hill with American citizens in their gunsites, using tasers on people, and throwing a pregnant woman on the ground? It's Ruby Ridge and Waco 2. And it sure looks like the feds trying to provoking a confrontation so they could justify mowing down innocent folks -- again. Remember Ruby Ridge and Waco? The government shot first in both cases and then they murdered people without provocation. And for what? Randy Weaver was entrapped into sawing off a shotgun! That justified attacking his property with a swat team, killing the dogs, then shooting a 14-year-old child in the back because he shot his gun in the air? That justified murdering Vicky as she stood in the door holding their infant child? And David Koresh. So he was an oddball with some different religious beliefs. The local child services had investigated reports that the children were endangered and found them unfounded. So what were the feds doing to "save the children?" Their assault was unjustified and they murdered almost 100 innocent people with terrorist tactics including assaulting the compound at all hours with loud rock music and pumping the building full of a dangerous gas. If you watch the videos it also looks like they shot anyone trying to escape the building. And we're supposed to trust our government? The feds legitimized all the fears of government held by the Branch Davidians! And now the Clive Bundy ranch is invaded by snipers, drones, and war machines for NOT PAYING GRAZING FEES? 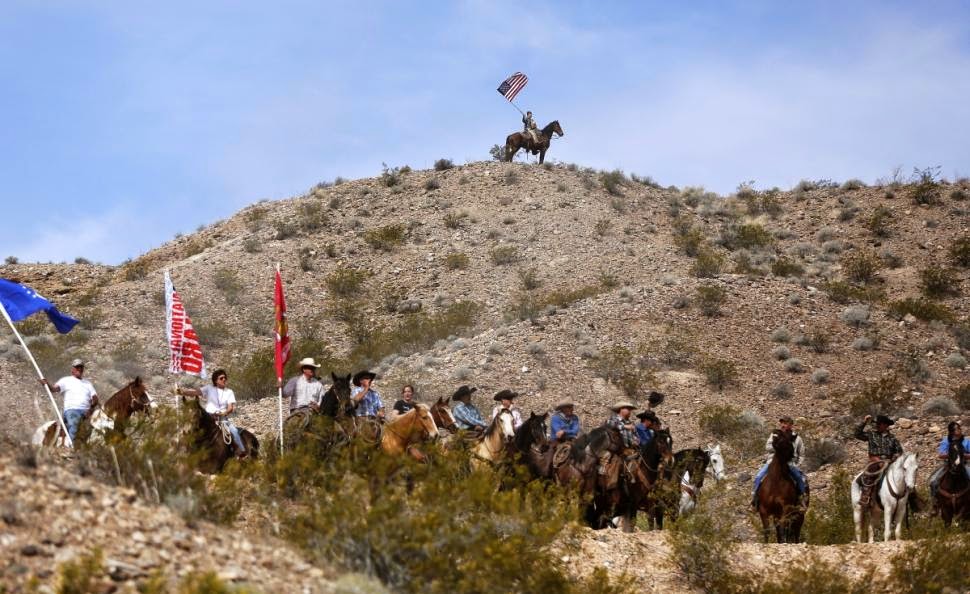 Let me ask that again. You really think the feds are justified engaging in an armed militaristic confrontation with a SWAT team over failure to pay grazing fees? What ever happened to garnishing wages? No, this is all about corruption and money! Why did the government build a super highway out in the middle of nowhere near the Bundy ranch? Watch the video below and follow the money! Thar's big plans for them thar hills and the Bundy family isn't part of it. Now the Harry Reid family, that may be a different story. The BLM is transferring land to cronies with influence.

No, this is not about the grazing fees. Bundy is the last rancher in Clark County after they've driven off dozens of others. He is the last man standing against Leviathan and they want to destroy him if he refuses to go quietly so they can use the land as they wish. Watch the video: "They need to put the access road through the Bundy ranch....because of the lay of the land. They need to go right through the center of the Bundy ranch." And if they have to use violence or IRS shenanigans they'll do it. This isn't over by a long shot and it's a shot across the bow for all freedom-loving Americans. Wake up, it could be your property next if they want it for a shopping mall, a development, or a park.

Bundy Ranch blog.
Posted by Mary Ann Kreitzer at 6:39 AM