Hillary Clinton Supports Unlimited Abortions Up to Birth, No Limits Even in the 9th Month 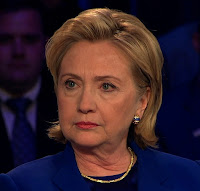 Is anyone really surprised that Hillary Clinton supports killing babies any time before birth (and perhaps after). Hillary resembles all the tyrants of history who had no problem killing millions of BORN people for political expediency. The Clintons have shown themselves to be completely without honor or moral compunction. The rules don't apply to them because THEY are the special ones. Cheating on your spouse is no problem because the normal rules of conduct don't apply to you. Killing your political enemies is just being pragmatic. Get them before they get you. Besides, you're one of the enlightened ones, the leaders, who can't be expected to follow the rules of the peasants. 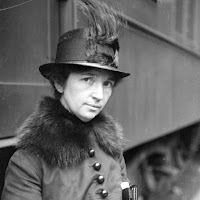 And that's the Clintons in spades. Bill and Hillary's child and grandchild are worth something (only because they weren't handicapped). But others have the value the Clinton's apply to them. How useful are they? Can they help you get ahead or will they hold you back and hinder your agenda. Hillary would change her position on a woman's right to choose in one second if it would help her political prospects.

Sometimes I think Hillary is Margaret Sanger reincarnated. She has the same cold, calculating nature as that diabolical mother of our modern, murderous civilization. So, while Hillary brags about communicating with Eleanor Roosevelt, her real soul mate is death peddling monster Margaret Sanger. I'm praying for both of them today, but I have to admit, I'm doing it with gritted teeth.
Posted by Mary Ann Kreitzer at 10:18 AM