Topsy and Tuptim left the study group and decided to go to the library to exchange comments. They set up camp in a meeting room where they can eat lunch. From her bag Topsy pulls out two bologna sandwiches, a thermos of coffee, two mugs and napkins. She sets the table for a working lunch. They both spread out their highlighted copies of Chapter Two of Amoris Laetitia.

Topsy: Fr. Jimmy was sure in rare form this morning in his intro. One more gushing adjective and I would have run to the bathroom, especially when he said the pope is calling us all to get away from "rigid orthodoxy" to become more "open, expansive and inclusive with equality and justice for all." Sounds like the pope is Superman! And what do all those adjectives mean anyway?

Tuptim: Sr. Joanie was even worse in our small group. She said the doc didn't go far enough, She loves that it shows unconditional love (mimics Sr. Joanie) "for the amazing diversity of God's people, but it really falls short in offering positive change for gays and women. (raising her arm like the Statue of Liberty) The Church is not a list of rules; it's the people." (In her normal voice) Good grief, she went on and on about the Church discriminating against gays and women. You'd think every parish had a gallows.

Tuptim: Oh, she said it was at least a start, but she was torqued over the criticism of gender ideology. (Tuptim takes a bite of her sandwich....) Oh, that's good mustard.

Topsy: I thought Chapter Two was a lot like that sandwich, balogna but with some good mustard. The good points mostly came from the quotes; the balogna came from whoever wrote the rest. I mean, let's face it. The pope didn't write it -- at least not without a committee. Two hundred and (looks at the last page of her document) sixty pages!

Tuptim: Well, you know what they say about anything done by a committee. Maybe that's why it's so darn long. Good grief, I read an article that said this one exhortation is a third the size of all the documents of Vatican II. (Shaking her head) So what did you like about the chapter?

Topsy: (Leafing through her copy) Well, I thought a lot of the quotes from the final report of last Fall's Synod identified legitimate problems families are facing: cultural hostility... the stress of living such a fast-paced life (leafing through her copy).... um...economic pressures... consumerism... treating others as objects... pessimism about the future,....seeing the elderly and those with special needs as burdens.

Tuptim: Yeah that last one is a biggie since both groups are being killed off......handicapped babies by abortion and the elderly by so-called palliative care. As if dehydrating someone to death is palliative.

Topsy: (Looking up) They do that at our local hospital. People sign living wills without knowing that they're signing their own death warrant. The papers are shoved across the desk when they're admitted.

Tuptim: Hmmm...Derek Humphrey and his Hemlock Society have come a long way since 1975 when he helped his first wife take drugs in her coffee to kill her because she was dying of cancer and then smothered her with a pillow when she didn't die quick enough. (Silent for a moment, then sighing) Gee, Topsy, I'm only on paragraph 44 of Chapter Two and am terribly depressed by the way the pope describes young people. It seems as if he is DISCOURAGING them from getting married.

Topsy: I know what you mean. I'm on paragraph 52 and it sounds like the insert in the pill packet. Warning: taking this can kill you: drug addiction, TV addiction, alcoholism....too exhausted to talk to each other at the end of the day. With all those obstacles is there any hope for a happy marriage? Joy in life?

Both of them read in silence for a few minutes...

Tuptim: Warning! Warning! I see a major disconnect in the thought process of paragraph 54. I wonder if the pope has seen YouTube videos of Femen? He says, "There are those who believe that many of today's problems have arisen because of feminine emancipation," then goes on to say that this argument is false, untrue, and a form of male chauvinism....(tracing the words with her finger)... Oh wait, he knows about Femen because he continues: "If certain forms of feminism have arisen which we must consider inadequate"...Inadequate? Doesn't he means downright evil?... "we must nonetheless see in the women's movement the working of the Spirit." (Looking up) He must mean the HOLY Spirit, right, Topsy?... "for a clearer recognition of the dignity and rights of women."

Topsy: I sure hope he doesn't mean the spirit of Gaia! Do you think he's aware that feminism in the U.S. isn't about protecting women from things like genital mutilation or ensuring their education? It's all about promoting lesbianism and cultural Marxism. And what about paragraph 56? Talk about psycho-babble...(reads) "It needs to be emphasized that 'biological sex and the socio-cultural role of sex (gender) can be distinguished but not separated.'" How the heck can you have a (makes quote marks with her fingers) "biological sex" that can't be separated from who you are, but a (makes more quote marks) "socio-cultural role of sex," i.e., gender, that can be distinguished from your physical sex. That statement seems to me to be self contradictory if it makes any sense at all! I couldn't help thinking it was like a computer virus written into the document by transgender activists.

Tuptim: (rolling her eyes)...I guess the pope was being creative. In fact, did you notice how many times he uses the word "creative"?..."missionary creativity", "creative forms of charity"? It reminds me of when my daughter was a senior at Villanova. She took a "Creative Theology" class. She got an A+ on her paper and I asked what she wrote. She replied, "Oh, just normal orthodoxy as the Church teaches." I laughed and said, "That's why he gave you an A+. He'd never heard the truth before and thought it was creative theology."

Topsy: One thing that really bothered me about this chapter was all the gobbledy-gook. Sometimes I felt like I was reading the comments of a psychological social worker. But even worse than that is the implication that nobody in the Church ever cared about the family before this pope. (Leafs through the document) He praises stable commitments and that's good, but then....Listen to this...."But nowadays who is making an effort to strengthen marriages, to help married couples overcome  their problems, to assist them in the work of raising children and, in general, to encourage the stability of the marriage bond?" (Looking up) You'd think he's the first pope who ever cared about married couples and families. Good grief, every parish I've ever been in had programs to support the family. We got involved in a few of them. My daughter and her husband are in Teams of Our Lady. And my brother and his wife were in Marriage Encounter for a long time. We belonged to a variety of small couple groups that supported each other's families. 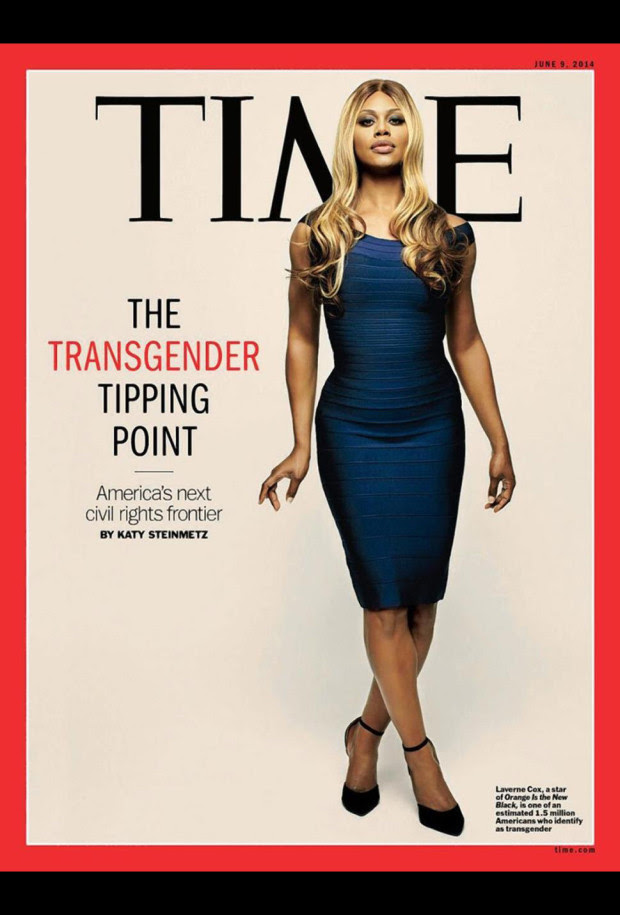 Tuptim: Yes, but Pope Francis REAAAAAALLY cares, not like those old rigid orthodox priests who use doctrine like stones?

Topsy: (Clearing the table and tucking things into her bag) Well, I have to teach CCD and visit the nursing home, so let's go.

On the way out, Topsy and Tuptim stop to look at the magazine rack.

Topsy: (Picking up another magazine) Look at this headline: Ex GI Becomes Blonde Beauty.  Sheesh! (Points to Time Magazine) and this. Yikes! It's in your face everywhere.


Tuptim: Hmmm...nowadays the public library system has every agenda available for every person’s taste, no matter how perverted. (Pointing to the stacks) And did you notice the new  transgender section? Reminds me of the old Cable TV ad. (Sings) Anything you want on cable TV.

Tuptim: (Laughing) Welcome to the club! See you at the next meeting.

[N.B. Words attributed to Fr. Jimmy and Sr. Joanie come directly from dissent organizations like Call to Action and the American Catholic Council and articles from the National Catholic Fishwrap.]