Tuptim and Topsy discuss the pope's exhortation on the family and find one good point. 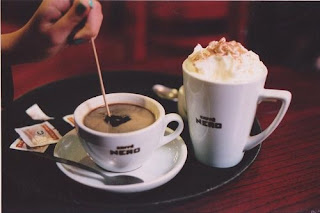 Topsy: (Handing Tuptim the New York Times and Washington Post) Have you read the pope's exhortation yet? The New York Times says the pope wants to "unhinge" the "mentality of rules." The Post said (Picks it up and reads) he "stopped short of changing church laws, while strongly hinting that he wanted to." Wow!

Tuptim: (Snickering a little) It was just released yesterday and it's over 250 pages long. I bet the reporters who wrote the articles haven't read it. I just gave it a quick once over myself.

Topsy: I haven't even had a chance to do that yet. So what do you think? The headlines I've seen sure don't look good! He obviously can't change doctrine, but if he makes conscience king and makes every priest a pope -- well, who needs to change doctrine when you just encourage people to follow their own worldly-formed consciences? Is that what he's doing?

Tuptim: Here's my take. Chapters 1-7 and Chapter 9 - We already know all that! Chapter 8 - The media has already proclaimed what Francis really wants.

Topsy: And that is?

Tuptim: Exactly what the Times and the Post said. Follow your own conscience. It looks like one more ambiguous document that will undermine doctrine without changing it. We know how that follow-your-conscience thing worked out with the birth control issue. Many Catholics just ignore the teaching. Divorced couples can now fish around for liberal priests who'll tell them to pray and follow their consciences on whether to go to Communion or not. Although they're probably doing that already.

Tuptim: (Shrugs) It's already happening. A friend of mine says her dad and step mom are in an invalid marriage and go to Communion. Hey, it can't be wrong when it feeeeels so right. So on to one thing I did pick up that Francis said which is true. On page 78 he said that "a kind look is essential." Not all the time of course because there are times when one should not smile and be kindly, like Christ chasing everyone out of the Dome of the Rock...er...I mean the Temple. But in my everyday contact with people with tattoos ALL OVER their bodies - standing in line at the grocery, at the local mall, etc...or with the Muslim guys who own the mall (seriously...ViaPort out of Istanbul), or with the poverty stricken homeless sitting on the corner (I do give them money because if they want a drink, so be it), or Mexican immigrants, or whoever, I always smile at them.

Topsy: Me too! Especially the clerk at the grocery store with the pierced lip, nose, and eyebrow. I have to really struggle not to shake my head though.

Tuptim: I started this several years ago one day in the grocery line when a 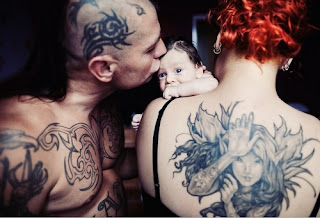 young couple with a baby were standing in front of me. Both of them were hideously pierced and tattooed from ankle to forehead.....arms, legs, necks, back (the women always wear clothing with low backs or cut-out shoulders to show off their tattoos). They had the sweetest little baby and I thought, "The poor little thing! I wonder at what age this child will be tattooed." Then a thought came to me (from the Holy Spirit?) - Look for their humanity. So when the guy turned and looked my way I smiled at him. In the midst of all the piercings and tattoos, yes!, there was a beautiful human person smiling back at me. He probably needed his soul to be tweaked a bit here and there ("who am I to judge?") but I was astounded. He was so frightening looking that people probably run the other way. And his wife looked as if she could fell the toughest biker with one swift tattooed glance. But their baby was so beautiful. And after the smile, he was polite and kind.

Topsy: What a neat story!

Tuptim: So I started smiling at everyone if they happen to look while passing by on the street, in the mall, etc. The Mexicans look furtively then break out in a wide glorious smile...because probably they get so many bad vibes from rednecks.

Topsy: Hey, no dissing rednecks. I live around a bunch and many of them are the salt of the earth.

Tuptim: Oops, guess I forgot for a minute to look for their humanity. Of course I always smile at my fellow shoppers when I'm at Goodwill and thrift stores, not only because I'm so happy to be there looking for treasures, but because most of them are poor and the poor have less social structures to break through to get to their essence. (Laughs) Of course, I'm poor too...or else I wouldn't still be working to pay bills...so basically I smile because we are all on the same level. We compare "finds" and say - "What do you think this is?" 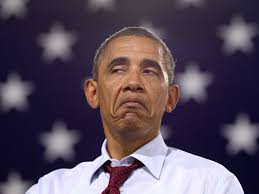 People gather around with their input. It's so much fun! Anyway...all this ran through my brain when I read, "To be open to a genuine encounter with others, a kind look is essential."

Topsy: (Laughing and showing Tuptim a photo on her phone) Somebody needs to read the pope's statement to POTUS.

There are so many Catholic bloggers and sites that basically say: 'Everything is beautiful!'.....nothing at all to worry about! I got up very early yesterday and went straight to the document without reading any commentary. I was FLOORED! Could not believe some of what I was reading, so I read and reread, not believing my own eyes. Every Catholic should read this paying special attention to the 1st and the last part of the thing. The Pope more or less makes 'suggestions' for the clergy to change 'Pastoral Practice' of the Doctrine but reiterates the Doctrine itself. What he is in effect doing is putting the responsibility on the Bishops to 'counsel irregular relationships' in the law of 'graduality' according to their particular 'culture', even in some cases inviting back to the sacraments people who are struggling to live according to the Gospel. After all 'The Eucharist is not for the strong, but for the weak'. He even talks about mortal sin not really being sin at all in some cases, EVEN if people KNOW the teaching but don't quite understand WHY they need to cooperate with the teaching. (nothing to do with ignorance of the Doctrine)

I still go back to the common sense theory that if you change the 'Practice' or the 'Pastoral Application' of the Doctrine........YOU CHANGE THE DOCTRINE! No way can you change one without changing the other. Catholics have to take a little time to read it, it is a HUM DINGER!!! But the maddening part is that he is leaving all this up to the Bishops of individual Diocese to kind of 'do what they see fit'. Guess he didn't have the courage to make this a requisite from Rome. These are things he would like to see done. All of course against Church teaching.

When reading this 'thing', pay close attention to the footnotes. There are a ton of hum dingers in them!!

What happens to the sign of the Church that we are "one" and "universal" when one diocese or country (like Germany) lets the divorced come to Communion and another nearby (say Poland) maintains the traditional practice? I think the fact that the pope quoted John Paul II's Familiaris Consortio re couples with children continuing to live together but left out the part about living as brother and sister says it all. Selective quotation out of context is the mark of a dishonest man. St. Peter, please intercede for the pope. Mary, Queen of the clergy, please pray for our priests.

I am quite disgusted with this Pope but at least I can say he is showing his true colors especially through his Chancellor of the Pontifical Academy of Sciences, and fellow S American Bishop , Sorondo.
His invitation to a non religious Jewish Freemason ,"socialist" (communist)to address the Academy this coming Friday , is nothing less than a thinly veiled attempt to influence the American Catholic vote and there is only one person who might stop this trajectory aside from the most important weapon we own ,
the ROSARY!

http://www.cpusa.org/convention-2014/
Go to this link ,scroll down to their "Program" on the lower right.

Somewhere in this Encyclical (I will have to look it up again as to where) Francis actually says that living together as brother and sister could pose more problems, because it may tempt one of the spouses to be unfaithful, and that would also end up being detrimental to the children as well. So.......I guess it may end up that one of the already adulterers may be tempted to commit adultery on their already adulterous partner. Aye yai yai!!!!