Topsy and Tuptim Finish Chapter Nine of Amoris Laetitia: "It's a Wrap!"

Topsy and Tuptim leave the last session of their study group with relief. Out in the parking lot they give each other high fives congratulating themselves for slogging through all 260 pages of Amoris Laetitia and surviving the dissenting drivel served up by Fr. Jimmy and Sr. Joanie. With nothing to celebrate about the document, the ladies nevertheless rejoice in their Catholic faith and the fact that they know Christ will never abandon His Church. Tuptim declares with enthusiasm, "That's a wrap!...Finally!" They make plans to meet later at Papa Benedetto's Italian Restaurant to enjoy the prix fixe dinner as a reward for successfully navigating the murky waters of the exhortation without losing the faith. Like special agents completing a mission, they want to debrief and consider their next step. And so, at 6:00 p.m. they arrive for their reservation where the hostess shows them to a corner table. They choose their selections off the menu and order glasses of wine with an order of calamari. When the wine arrives, Topsy proposes a toast.

Topsy: To Bishop Athanasius Schneider and Fr. Gerald Murray and other faithful Catholics for exposing the disaster of Amoris Laetitia or, as my friend Janet calls it, Amoris Lamentia. 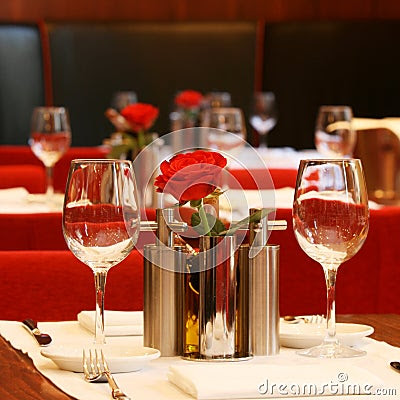 Tuptim: And may somebody get out a shredder, gather up every copy, and put them where they belong. (They clink glasses and drink)...I think we should start a Twitter hashtag. Is that what they're called? You know #Rescindthedocument!

Topsy: That's a great idea. (Their calamari appetizer arrives and they eat in silence for a few minutes.)...This marinara is delicious! I wish I had the recipe....Sooo.....What did you think of Chapter Nine on family spirituality?

Tuptim: (Laughing)...Not so delicious, but it was short! Can't say that about any of the other chapters. I thought we'd never finish. But seriously, it seems that after doing the damage in chapter 8, he can't wait to wrap it up with several bland niceties on the spirituality of the family. I had a hard time making myself read one more sentence. But in the end I did and crossed the finish line of this lamentable marathon!

Topsy: Most of the chapter was quotes from St. John Paul II and Pope Benedict. I sure miss those two. (Tuptim nods and Topsy continues)...So what about the document as a whole?

Tuptim: (Smiling at the waiter who sets a dish of shrimp alfredo in front of Topsy and lobster ravioli in front of  her.).... Thank you; this looks delicious. (Tasting her ravioli, Tuptim closes her eyes in bliss as she chews.) Mmm...this is fabulous!

Topsy: (Sampling her alfredo nods in agreement.) Everything here is wonderful and beautifully served. Even the flowers on the table add to the atmosphere. Kind of like the document, don't you think? Dress up your heresy with the crystal and fine linen of orthodoxy. Who would swallow dissent if it were presented in a trash bag reeking of garbage? 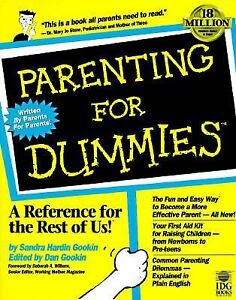 Tuptim: Let's re-cap the document and some of the problems we noticed. I'll make the first contribution. It's too long and repetitive. The likelihood of the average person in the pew reading it is about zero. It's vague, confusing, and ambiguous and the second half of chapter four could be titled Parenthood for Dummies. It sounds like it was written by a committee, including Dear Abby, whose members weren't talking to each other. And there was so much psycho-babble with reference to the importance of listening to the "professionals" and "social workers." (With an exclamation)...Good grief! Many of them are part of the problem for heavens sake. Families would do better to turn to their grandparents for advice.

Topsy: (Refilling her own and Tuptim's wine glasses and laughing)... I can see you really loved it! I think a major problem is that the document is riddled with situation ethics. In fact moral relativism is flaunted. The pope talks about different regions coming to different interpretations and over and over we read about evaluating the variety of complex situations and pastoral sensitivity to concrete situations and taking individual situations into account and not judging, etc., etc. And of course the infamous footnote says pretty directly that in some cases a return to the sacraments for those in "irregular" situations, which means living in sin, is okay. (Shaking her head)...Taken in the context of the pope constantly condemning those who "rigidly" follow the rules, one wonders if he believers there are any rock-solid doctrines that aren't changeable according to specific situations. And then there was the statement about respecting the other person's truth. It's pure situation ethics!

Tuptim: How about all the pope's pet issues being forced on the document even when they don't fit the context, like saving the planet and welcoming illegals. It's ironic. A lot of the document is true; some of it is even lovely and poetic. But when you get down to the crunch it undermines the faith. (Sighing)... Did you read what the German philosopher, Robert Spaemann, said about that? (Topsy shakes her head)...I was so impressed I copied it. Let me see....I have it here...(Rummages in her purse, she pulls out a folded piece of paper and opens it)...Listen to this. "One cannot expect, when dealing with a papal magisterial document, that people rejoice about a beautiful text and then ignore the decisive sentences which change the teaching of the Church. There is indeed only the clear yes-or-no decision. There is no third possibility between giving Holy Communion or not.”

Tuptim: Definitely. He says paragraph 305 along with the footnote allows the divorced and remarried for "mitigating factors" to receive Communion and says it's in direct contradiction to Pope John Paul II's teaching in Familiaris Consortio that couples can only return to the sacraments if they live as brother and sister. Not only that, but he says that it's obvious to any thinking person who knows the texts being referred to that there is a breach with traditional teaching. He believes the pope is leading the Church toward schism, one that he says won't just be at the periphery, but at the middle of the Church. Think about that word "breach." That's what armies do when they're attacking a city. They make the breach and then invade and conquer. How many dissenters will go screaming into that breach to further attack Holy Mother Church from within?

Topsy: Well...let's face it, Tuptim. The hierarchy has been in schism for decades. Now this pope is just making it explicit. Actually, I think that may be a blessing. The sheep and the goats are being separated. Don't you think it's interesting that this kind of talk comes from a German. He's living in a local church where so many leaders are already in de facto schism. Three German bishops have already come out and said that the exhortation allows Communion for the divorced and remarried in a case-by-case situation. What a penance for faithful German Catholics! It makes me sad because my ancestry is mostly German. So what's the solution?

Tuptim: Spaemann says every cleric at his level of authority needs to preserve the Catholic Sacramental Order and publicly profess it.

Topsy: Good luck with that. How much public profession got done after Humanae Vitae? Most of the clergy who weren't publicly dissenting just went silent. I think it was twenty years before I heard a homily affirming the truth on contraception.

Tuptim: (Shaking her head ruefully)...I know. Spaemann also says if the pope won't correct the error it will fall to a future pontificate to do it officially.

The waiter arrives carrying a tray with two lava cakes and coffee. As they enjoy their dessert, they continue the conversation.

Topsy: (Reflectively)...Did you ever see the BBC production of I, Claudius?

Tuptim: I watched it twice I thought it was so good. Derek Jacobi was terrific as Claudius!

Topsy: Do you remember in the end, how he's poisoned by his second wife, Agrippina, during a lavish banquet so her crazy son, Nero, can become emperor?

Tuptim: Yes, but what's your point?

Topsy: Well, this document is like that banquet. Claudius is served and eats all the beautifully prepared foods. Most of them are delicious and wholesome. But Agrippina puts the poisoned mushrooms on her plate to avoid his food taster and feeds him just one. All of the other food was fine, but that didn't save Claudius from the lethal dose of poison. (She picks up her fork with a bite of cake on it)...Suppose someone wanted to kill you. He wouldn't have to mess with the entire meal, just put his small dose of cyanide in the lava cake. All the rest of the beautiful dinner would just be the trappings to get you to swallow that little dose of poison.

Tuptim: (Looking at her plate)...I get it. Amoris Laetitia is the lavish dinner laced with poison.

Topsy: Yup, consume at your own risk! Well, we muddle on, eh, praying and fasting and keeping the faith? Shall we meet at the coffee shop next week and study an encyclical from a pope who clearly defended the teachings of the Church? How about Pope Leo XIII on Americanism?

Topsy: (Laughing)...Best of all? It's only eight pages.