Politics: It's ALL LOCAL. Loudoun County Parents Show How It's Done! 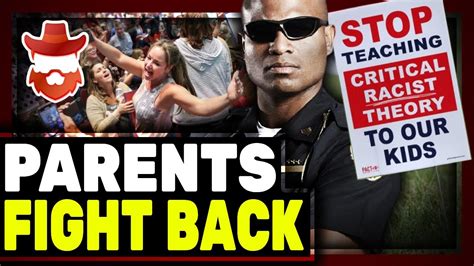 Anyone watching the news knows about the enraged parents in Loudoun County fighting the school board there. They currently have a recall action against Beth Barts with the help of Fight for Schools. The local Loudoun paper (Loudoun Times-Mirror) reported:

“Loudoun County Circuit Court Judge Jeanette A. Irby will appoint a special prosecutor in a case brought by a group of Loudoun County residents seeking the removal of School Board member Beth Barts (Leesburg District). Irby granted the group’s motion to disqualify Commonwealth’s Attorney Buta Biberaj (D) and appoint a special prosecutor on Tuesday during a pre-trial hearing on motions in front of couple dozen people following the case in court and online.“

With the weaponized Justice Department now describing parents who oppose local school boards as "domestic terrorists," will the next step be to remove children from their homes to protect them from their parents' thought crime? I'm not joking here. Democrat operatives are calling these parents a "grave threat to national security." Tucker Carlson provided a sample of what the mainstream media maniacs are saying to help the tyrants:

JASON JOHNSON, MSNBC: In a version of America where school board meetings have become the new culture war battleground with children caught in the crosshairs – sometimes literally, sometimes figuratively. [Don't miss the implication here that parents opposing school boards are responsible for school shootings putting their kids "in the (literal) crosshairs."]

KRISTOFER GOLDSMITH, INTEL EXPERT: Right now everyone from the Proud Boys to the Oath Keepers to QAnon influencers are trying to encourage their members to (sic) maniacs to show up at school board meetings. [All of the parents exercising their first amendment rights are "maniacs."]

GEOFF BENNETT, MSNBC: Some behavior is so bad, it’s being compared to domestic terrorism. [You've seen the videos. The conversations are heated, but there's been NO violence at any of these meetings. They would happily instigate a shooting or two to demonize all the parents fighting out-of-control school boards who actually hate children and their families.]

FRANK FIGLIUZZI, MSNBC: This becomes a security crisis in a sense for the nation. [Again, these parents are a threat and must be stomped on for "national security."]

CHRIS HAYES, MSNBC: How one republican senator is pretending school board harassment and intimidation aren’t off the charts. [What's off the charts is any honesty or balance in the mainstream media, especially MSNBC! They are liars from start to finish!]

BETSY WOODRUFF: Similar tactics to what happened on January 6th that are now being turned against school boards nationwide in a trend that is really disturbing and sinister. [Here the creepy Halloween music? These parents are like horror movie characters!] 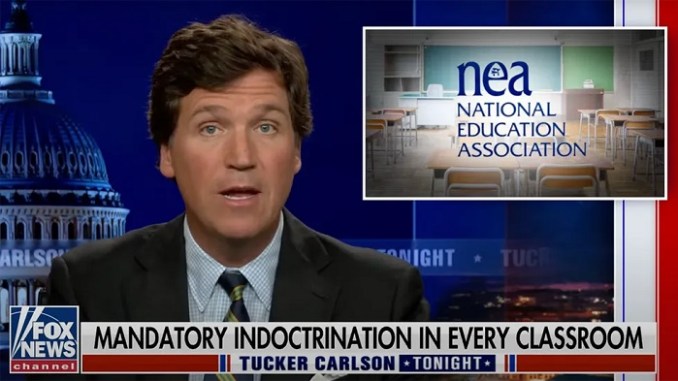 Parents, if you hate what's happening get involved at the local level. Most school boards are controlled by teachers' unions which are pro-abortion and favor radical and destructive policies that turn children into ignorant, little, easily controlled socialists. The NEA and AFT don't care about education, they care about power and control. It's time to start working at the local level. The Loudoun parents show how it's done. But they aren't alone. Hundreds of thousands of parents are fighting back to protect their kids from these tyrants. They are packing local school board meetings and testifying against disgusting and immoral brainwashing.

This is nothing new. Back in the 80s I was involved in the fight in Fairfax County over comprehensive sex ed programs even though our kids were in Catholic schools. When your kids' friends are transformed into sex-bots by disgusting programs that tell 12-year-olds to protect themselves from STDs by "not changing sex partners too frequently," everyone's kids are in danger. Where do you think the teenage molesters of younger children get their ideas?

The fight begins on our knees, but then it moves to the school board and supervisors' meetings, the local courthouse and the sidewalks. I periodically do a rosary walk in Woodstock armed with my holy water bottle which I use to sprinkle lavishly on county government building, the welfare building, the hospital, etc. I consider that equivalent to marking the doorposts and lintels with the blood of the lamb. Care to join me in that project? We need all the angels of God to protect us from the spiritual death (and even physical) death being imposed on us by godless tyrants.

O Mary, conceived without sin, pray for us who have recourse to Thee.