Will the real Dr.Death please stand up.

Back in the day there was a quiz show called To Tell the Truth. The panel was presented with three contestants each claiming to be a particular person. It might be someone with an unusual occupation or some unique experience. The panel would guess at the end and then the host would say, “Will the real… please stand up.”
Today I present two men addressed as “Doctor.” One, Jack Kevorkian, went around the country killing people with his euthanasia machine. Ultimately he went to prison for what is now legal - physician assisted suicide. He killed hundreds many of whom he knew absolutely nothing about except they could help him advance his agenda of killing. He didn’t try to help them recover hope, he encouraged their despair and enthusiastically fulfilled their death wish. Kevorkian spent eight years in prison and was released only after promising not to kill any more people. Needless to say, the man never chose death for himself. He died in God’s good time to meet his Judgment. 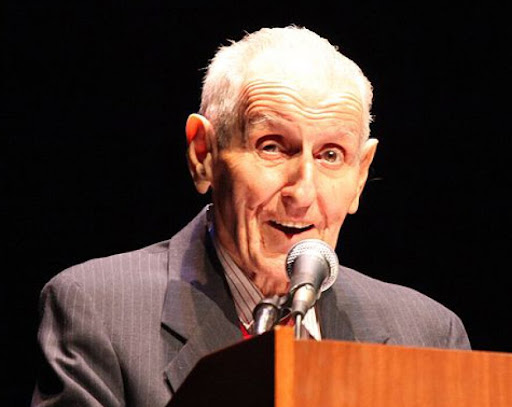 Kevorkian was a deeply disturbed individual obsessed with death. His “artwork” is gruesome. I think it’s likely that he was possessed. 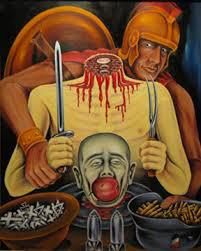 And then there’s the saint of Wuhan, Dr. Anthony Fauci. 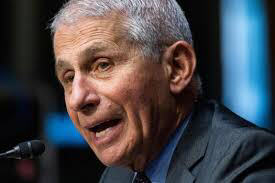 Fauci helped fund the gain of function research that made Covid 19 more virulent and more easily transmitted to humans. He helped suppress effective treatments so that many hundreds of thousands (perhaps millions), who could have survived, died instead— often alone and abandoned due to draconian government mandates. He continues to call for repressive measures and medical discrimination. Only those vaccinated with a jab that is killing and injuring many (especially the young) may celebrate the holidays. The carrot  is being replaced with the stick! He is helping to create a society marked by medical apartheid where those who succumb to the deathvax are superior to the unvaxed and receive special privileges, while those who refuse are relegated to second class citizenship. No travel for you! Meanwhile young people are killed and injured in record numbers by the gene therapy mislabeled as a vaccination.
It occurred to me last night, perhaps in a dream, that Kevorkian and Fauci resemble each other, not only philosophically but physically. Kevorkian died in 2011. Is Fauci in touch with him like Hillary Clinton claimed to be in touch with Eleanor Roosevelt? Who are Dr. Fauci’s role models and heroes?
Will the real Dr. Death please stand up?
Posted by Mary Ann Kreitzer at 8:09 AM