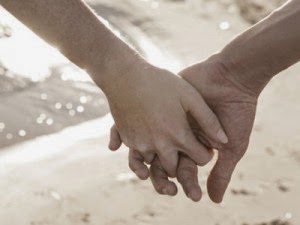 Did you know that chastity is your vocation? It's everyone's vocation! God calls every single person on the face of the earth to chastity. Yes, married people too.

Do you know what chastity is? Simple -- the proper use of God's gift of sexuality according to your state in life. So what does that mean? Here's the rundown:


1)  For single men: treat yourself and others with dignity and respect. Practice self-control over your sexual desires, avoid print/films/video and situations that arouse the passions and refuse to see others (male or female) as objects of lust for your personal gratification. Obviously this rules out use of pornography, any kind of sexual activity by yourself or with others, and keeping custody of the eyes. All sexual foreplay that arouses the passions, i.e., prolonged kissing, petting, etc. is off liits. EWTN has a good article on What's Too Far. In addition, control your tongue. Avoid filthy language and lewd jokes Nobody says this is easy. Even the check-out counter at the grocery store offers temptations. It requires real men who respect themselves and others to be chaste!

2) For married men: ditto the above, except for the marital embrace with that one woman to whom you have promised permanent, like-long fidelity. Mutual love and respect is the prescription for a happy marriage -- always giving 100% even when your spouse doesn't. Measuring and holding back are deadly to marriage. Even then, charity requires that you put her good above your own. Demanding your "marital rights" when your wife has been up all night with a sick child or is ill herself lacks charity and shows more of a concern for self than for her. I remember a junior team couple on Engaged Encounter sharing a story of the husband wanting to make love before going to work but being in a hurry. The wife had said there wasn't enough time but he insisted. When they were finished his wife said, "You had enough time for yourself but not enough time for me." This humble, young husband teared up while he shared his story. I'm sure it made a big impact on the engaged couples listening. For married couples, the integrity of the sexual act, both its unitive and procreative aspects, must be respected. Therefore, anything that frustrates its life-giving or love-giving nature is forbidden. That's why contraception and technological fertilization are wrong. They separate the pleasure that unites from the possibility of life. The act becomes sterile. God wrote the sex manual. We do well to listen to the Maker and use the gift as it was intended. You wouldn't put sugar in your gas tank, don't poison the marital embrace!

3) For single women: ditto the requirements for single men. Women are not as easily aroused as men and often don't realize the impact their actions have on the men around them. Tight clothing that accentuates the breasts and buttocks or draws attention away from the face to the breasts and groin are immodest and a likely occasion of sin for men. That type of dress also send a highly sexualized message. In a culture where immodesty is fashionable, women may not realize how uncharitable they are being by dressing that way. And men can be guilty as well. I remember a man well past middle age at our community pool who always wore a tight speedo. He was immodest (not to mention ridiculous) although I think the feeling he probably elicited in the women at the pool was embarrassment (for him) not arousal. Modesty protects chastity and why would a woman want to draw attention away from her face? The eyes are the window of the soul. Most women want relationships. Sometimes they trade sex for "love." It's a bad deal since men can more easily separate love and sex and many happily tell convenient lies to get what they want. When "complications" (like an inconvenient baby) arise, they are off like a shot! Wouldn't you rather have a man desire to know you as a vibrant and exciting person, rather than see you as a sex-object?

4) For married women: ditto the requirements for married men. Women need to realize how much men need our love and affirmation. We complement our spouses and they complement us. We are not in competition with them, which is a major error of the feminists who hate men. They have bought Satan's lie that women are second class citizens and so they try to mimic men. They hail sexual immorality as a right even to the extent of killing their own children. They demand the same right to sow their wild oats and accept the view that women are somehow defective because of their fertility. But the married woman with a proper view of herself recognizes that she is called to be the perfect wife of Proverbs 31. Read it. Does this woman sound like a wimp trodden on by her husband? Not at all. She is wise, self-possessed, and diligent. She has many serious responsibilities and brings honor to herself and her husband. It goes without saying that married women, like their single sisters, are called to modesty in both dress and behavior. Flirting with other men or tearing down one's spouse is seriously wrong. Love and respect for one another protects the marriage covenant.

5) For priests and religious: Priests and vowed religious have all the duties of chastity that apply to single men and single women, in addition, priests take a vow of celibacy (in the Western Church) that rules out marriage. They forego physical fatherhood to be the fathers of many. But that doesn't mean priests don't need friends. They have their brotherhood of fellow priests, but they also need the special insights of women. Prudence dictates caution, especially regarding single women, but married couples can be a real gift to their priests by sharing their lives and spirituality.

6) For the same-sex attracted: The rules don't change. Those attracted to their own sex are called to chaste friendships.  They have the same obligations to chastity and modesty that other singles are bound by. While their disordered attraction is a cross, it can also become a source of sacrifice and a call to holiness. God never gives a cross without the grace to carry it. There are many difficult crosses: illness, infertility, persecution, etc. Accepting our cross is the beginning of holiness.

Chastity is not an easy virtue as our modern culture illustrates so graphically. It is assaulted at every level. Easy divorce and massive use of contraceptive and abortive drugs has trained several generations to believe they are gods over love and life who can write their own rules. TV shows and movies treat casual sex as a norm that causes no harm. Millions of abortions testify to what a lie that is! Christians must be a sign of contradition. Our world needs chastity and the example of holy friendship. The Bible says, "They will know we are Christians by the love we have for one another," chaste and faithful marital love, chaste and holy dating relationships, and chaste and holy friendships. Pray and practice the virtue of chastity.

And here are ten tips for dating couples on how to remain chaste.