Talk about a Prophet! Join the "Filial Appeal" to Pope Francis 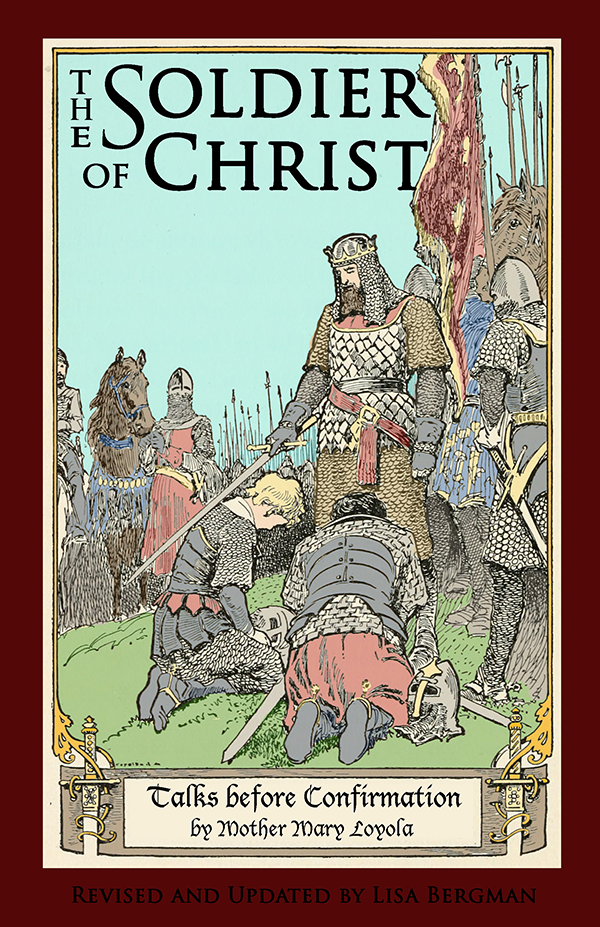 Again, note the year -- about two generations ago. And see the "terrific upheavals" we've experienced since then: collapse of the nuclear family; extensive spread of contraception, abortion, and divorce; the insanity of treating same-sex perversion as equivalent to the marital bond; poor Third World women treated as sex slaves with the first world elites buying their eggs and renting their wombs. The list of atrocities goes on and on, part of the "real crisis" that had "scarcely begun" in 1970.

What are you doing, soldiers of Christ, to bring about the "fresh blossoming?" Are you home schooling your children? Fleeing immoral practices like contraception, pornography, etc.? Fighting the abortion juggernaut? Are you speaking the truth when all around you people are embracing lies about divorce and remarriage and homosexuality?

Here's something practical you can do today to defend authentic marriage, the image of the Holy Trinity. Sign the filial appeal to our Holy Father "to reaffirm categorically the Catholic teaching that divorced and civilly remarried Catholics cannot receive Holy Communion and that homosexual unions are contrary to Divine and natural law."  See more here.  Please pass this on to every orthodox Catholic you know. And pray for Pope Francis and for the Ordinary Synod. We have faith that God will protect us, but we demonstrate our faith by our actions.
Posted by Mary Ann Kreitzer at 1:45 PM

Heck, it's gonna get worse.

I don't feel that I do enough for the Faith and for Christ. I try to live a holy life according to my station and be an authentic witness where and when I can.

I live on the West Coast and there has been the typical progressive outrage at the announced canonization of Bl Junipero Serra. Father noted an anti Serra and anti Catholic Church article from some UC archaeologist with two last names and a doctorate in our local newspaper. I don't read that rag. I read the on line version and it was as bad as you might guess. I wrote a measured and charitable letter to the editorial board after entrusting my response to St Joseph. Needless to say, my letter didn't make it in to the paper. *shrug* I did send a copy of my letter and a thanks to Father for bringing this to my attention and giving me the small opportunity to defend my Faith.

Personally, I have a very great hope that Bl Serra's installation Mass will be at one of the local and near Missions that the Franciscans founded. My family would go in an instant! My wife and I have the great blessing to have been married in the one in Mission Sonoma.

I signed it and I passed it on to friends. But really, while it's a very respectful and clearly worded letter to the Pope, in all honesty it's going to fall on deaf ears. Sending this letter to the man who is behind the attacks on marriage, Holy Communion, homosexuals role in the Church, without it stating that we know it's him behind all the confusion and destruction....?

Well, newguy40, remember how they treated Columbus on the 500th anniversary of the discovery of America? What a monster! He "murdered" all those Indians by bringing European diseases. Wicked white man extraordinaire! So poor Fr. Sierra will get more of same. Imperial Catholicism and all that. We should have left the noble savage all alone -- even the cannibals. Just think of the evil Cortez and his destruction of the Aztecs. Same old, same old.

Elizabeth, I know what you mean, but hope springs eternal -- especially in Catholics. And the appeal will have an educational effect on all exposed to it no matter what the pope does.

Were you on Mic'd Up? If so, you did an excellent job.

I would really like to know the "true" details surrounding Pope Benedict's resignation while seemingly in decent health for a man of his age. Of course, that will remain a secret but I am very suspicious when I look at what we got as his replacement. 180 degrees from Pope Benedict is what we got in the great sower of confusion.

Ms. Kreitzer, I appreciate those words of Pope Benedict, and they are as prophetic as you say, but especially in the light of the prophecy of Caiaphas the high priest who gave the prophecy saying that it would be expedient for one man to die, than for the whole nation to suffer.
I am sorry to say this, but it is monumentally evident that we are in that time called the apostasy, albeit a silent one for the time. With all I have seen and heard over the last 10 years, I have realized that the goal is to do it as Pavlov did--The frog and the slow boiling water. Because we do not know exactly what is going on, we have to establish a clear point of departure from these novelties. Every attempt to modernize the Church in morality or philosophy should be resisted--this means even turning your back to the Novus Ordo.
When Our Lady said to Lucy that the secret should be revealed in 1960, Lucy asked, "Why 1960?" Our Lady responded, "In 1960 it will be clearer then" As Our Lord said, "Those who have ears, let them hear"

Living in a modern world, we want signs to make and take definite steps, because we operate under fear. Our Lord wants us to boldly stand up not for ourselves, but for HIM--for HIS CHURCH. Forget about the names people will call you or the parties from which you'll be uninvited. To Love Christ is a work that will cause scandal and pain--loss of friendships and status.
Circling back to Pavlov, the apostasy has started off slowly, but will surely come to a head. Why? Because time is running out. Their hour is at hand.

A pope who is ready to truly lead the Church will put on an amour so as to purge evil. Instead, Pope Benedict elevated Wuerl and Burke at the same time, as though inviting Conservatives and Liberals to co-exist. Why? because that is part of the Nouvelle Theology--to find middle ground. It is the theology of Communio. It is why Fr. Baron can say that he hold the opinion that Hell is perhaps empty. Thanks to Pope Jon Paul for elevating Urs Hans von Balthazaar, we have now blessed such heterodox thinking.

Are we scandalized when Fatima is given to pagans and when our pontiffs get "blessed" by pagans? The trend was popularized by the pope we are not calling Saint--for confusing us en-masse? For confusing the children who now go to Seder meals because they see the pope pray with Jews?

This affliction in the Church was brought on us, because we were welcome to it by virtue of the careless way we lived in the 50s, when the Nouvelle Theology was on the slow and steady rise. At the death of Pius XII, they emerged from hiding and disrupted everything--we didn't notice. And now, 50 years after Vatican II, we ask for signs to know where to stand. Do we need any more signs? We have books, we have witnesses, we have those who speak proudly of the damage they sought to inflict, we have mystics and saints who spoke of this time. We have the bible that speaks of OUR TIME. The Church will be the conduit for the false prophet. There will be mass apostasy from the faith. How is that not our time? What blindness has caused us to hug it out with evil? We are even now afraid to say there is no Salvation outside of the Church like Our Church Fathers have said, but are content with the "Truth 'subsists' in" the Church. This language mocks the martyrs and Our Lord.

Those who have ears, let them hear. It is not a fight against conservatism or liberalism, it is a fight against the neo-Catholic Church which will be a fusion of liberalism and conservatism. And after that, then we will call in the Protestants for a false union. the work of the devil is to bring the Church to a false union with other "Christian" sects. Tony Palmer was only the beginning.

If I am asked by my bishop to hold fast to Vatican II and its documents, I have no problem saying with respect, "No, thank you".

I'm exhausted from defending all the strange things that I see and hear. In a sense, thank goodness for the internet. I have no excuse to stay in my slumber anymore. God Help us. The shepherd has been struck and now the sheep are scattered.

@MaryAnn: Yes, I agree. That's why I signed it and passed it on. There's always hope indeed.

I signed it and posted it to my own blog. Still, it's a sad commentary when we must petition a Vicar of Christ to do something that should already be a reflexive action on his part by virtue of his high office.

Ah James, so much of what you say is too sadly true. I was recently reading about the apparitions of Blessed Elizabeth Mora -- I think we'd better wake up fast and head off what's coming with prayer and sacrifice or at least ameliorate it.

Lord Jesus, save us!