On Critical Thinking, the McCarrick Report, and Archbishop Vigano 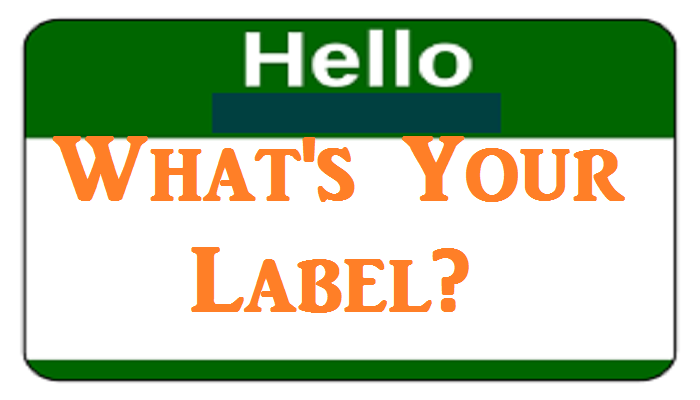 People like to label things. In a complicated world it's a kind of shorthand. For example, in religious terms we may label our affiliation saying:
"I'm a Catholic."
"I'm a Jew."
"I'm a Unitarian."
"I'm a Baptist."
"I'm a Buddhist."
"I'm a Wiccan."
"I'm an agnostic."
These days that tells you very little. There's a world of difference, for example, between an orthodox Catholic who embraces Church doctrines on life and marriage and a cafeteria "progressive" Catholic who identifies as pro-choice and pro-same-sex marriage." The progressive Catholic may have more in common with the Wiccan, the secular Jew, or the Unitarian than with the orthodox Catholic.
Which means we always need to be critical thinkers and look beyond the labels.
What's going on? Can we trust what people say about themselves? Do they have hidden motives? Are they what I call "wet finger people" testing the winds to decide which way to trim their sails?
I thought about that as I read the article below by Michael Warren Davis, Be Careful about Lionizing Vigano. I've been a Vigano fan and this article certainly isn't going to lead me to throw him under the bus. But it's not the first article questioning Vigano's motives, and I agree with the author's statement that, "as a matter of professional ethics, I don’t trust anyone." Or as Ronald Reagan put it, "Trust but verify." Davis offers three possible alternative conclusion's about Vigano's involvement in the McCarrick mess. The first two he thinks are unlikely:

The third is that Viganò, as a senior Vatican diplomat, was afraid to take on McCarrick directly. He declined to investigate the powerful prelate because he feared professional reprisals from the Cardinal’s allies in Rome. Instead, he continued ingratiating himself to McCarrick for the sake of his career, occasionally reminding the Vatican of McCarrick’s perverse behavior in the hopes that a more senior official would take action directly. Given what we know so far, this is the only conclusion that makes any real sense.

Is he right? I'm not in a position to say, but I think his opinion is worth listening to.
It's still possible that, as Vigano has said numerous times, his age and proximity to the Personal Judgment motivated his actions. On the other hand....is he the new "rock star" of the traditionalist movement?Are we living in a "ghetto" closed off to the rest of the Church?:

Is traditionalist Catholicism a mature movement, capable of scrutinizing its own leaders? Or is it a series of interlocking personality cults? If one of its champions falls, will he drag down all the others?

These are important questions worth asking.

So read the article and let me know what you think.
Be Careful About Lionizing Viganò
Posted by Mary Ann Kreitzer at 5:00 AM

Honestly, I cannot read anymore about Mr. McCarrick... and the Argentine, as Archbishop Vigano calls him, is, in my mind, a wicked Marxist who hates me (I'm bringing it down to the personal level here) because I am white, heterosexual, an orthodox Catholic, a capitalist, a freedom-loving patriotic American and a Trump fan.

I never felt that John Paul or Benedict hated me. On the contrary I felt that they loved me and I loved them. I do not like the Argentine at all. I am supposed to love him, meaning wanting what is best for him for his sake, but I can barely do that since I fear that his salvation is "iffy" at this point.

Vigano had his reasons for doing what he did or did not do and I don't question them. Why embroil my mind in someone else's decisions of which I know nothing? I have enough problems making decisions about my own life such as taking my car to the garage to get a new battery before it wouldn't start and I would be stranded somewhere.

More and more I have become my own pope, foisted upon me by the Argentine. I believe nothing he says because it grates up and down my spine like fingernails on a blackboard. I will believe the teachings of the Church handed down to us for 2000 years. I draw the line at March 2013...and will wait for Peter the Roman. Of course I'll be gone from this earth by that time.

I think one has to beware of canonizing anyone. As my mom used to say, "Love many, trust few, and always paddle your own canoe." I appreciate much of what Archbishop Vigano has done and written, but I think we should all be critical thinkers. The only one who deserves our complete faith is God: Father, Son, and Holy Spirit. As for Francis, he's not the first bad pope.

Vigano, a sinner like the rest of us. He has his faults, but where McCarrick is concerned, he speaks the truth and knows there are documents in the Vatican to prove it.

Bergoglio is a liar and it is primarily because of his lies and failure to maintain the restrictions on McCarrick that got Vigano's dander up.

It was shortly, very shortly, after Vigano became US Nuncio that Bergoglio sent McCarrick to China. As a result of that little "diplomatic mission" the whole Church in China is being destroyed.

We manage in this life what we are given to manage. Until he was asked the direct question by Bergogio what he thought about McCarrick, it was not Vigano's problem to solve.

I love Vigano. And I will only spit on anything written to tarnish his reputation.