Déjà Vu in the World and the Church! Part 1

Every morning I wake up with a sense of déjà vu. Have I stepped out of a time machine taking me back to some of the worst eras in human history? Am I in the streets of 1789 Paris where a vicious, tyrannical mob, like the BLM/Antifa thugs, joins a godless government to burn and loot and kill? I listen to AOC, Chuck Schumer, and Maxine Waters and hear the angry voices of workers in Petrograd in 1917 stirred up by the Bolsheviks to kill the czar, replacing him with Communist tyrants. And I shiver over a President who increasingly sounds like them.
In the Church I’ve become a Biblical leper, unwelcome in the parish Church unless I go to the Novus Ordo. I wonder how long it will be before more draconian measures send traditional Catholics to the catacombs. I get in the boat with St. Athanasias fleeing the heretics in a world that woke up one morning and found itself modernist. Yes, it’s déjà vu!
The persecution rages in both the secular world and the Church. While the blood of the martyrs still flows in many places on earth, white martyrdom affects many millions more, especially faithful Catholics who defend life and family. We are “domestic terrorists” and “the greatest threat” to America. The book of Ecclesiastes reminds us that there is “nothing new under the sun,” and so it is in our own time.

History teaches many compelling lessons. The most encouraging remind us that tyrants and monsters have limited time to exercise their evil. In the end, the evil fires they lit usually consume them. Satan always eats his own! In the wake of the evil, we see devastation and ruin; but ahead, good often rises, like the phoenix, from the ashes. That good, however, is accompanied by a question mark. Will those who love and serve God magnify the good or let it dissipate like a morning mist by doing nothing?
Supreme court justice, Antonin Scalia, once testified before Congress about our republic and raised the question of what in the Constitution makes America such a free country. He said most people believe it’s the bill of rights. His response? No way!: 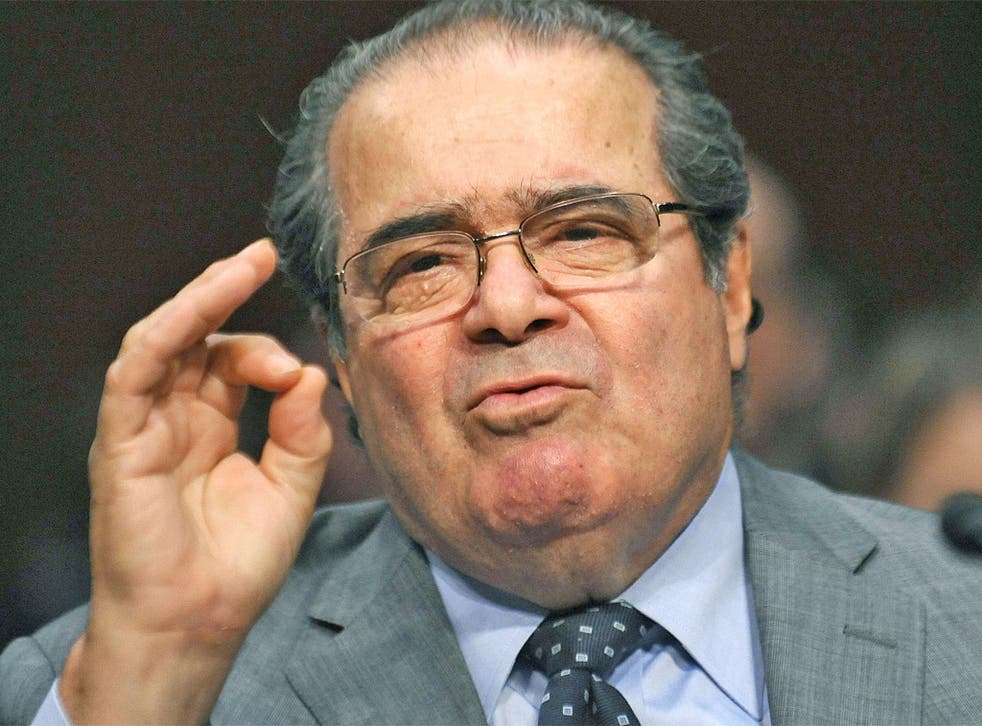 If you think that a bill of rights is what sets us apart, you're crazy. Every banana republic in the world has a bill of rights. Every President for life has a bill of rights. The bill of rights of the former “Evil Empire,” the Union of Soviet Socialist Republics was much better than ours....We guarantee freedom of speech and of the press....They guaranteed freedom of speech, of the press, of street demonstrations and protests; and anyone who is caught trying to suppress criticism of the government will be called to account. Whoa, that is wonderful stuff!....Just words on paper, what our framers would have called a parchment guarantee....That Constitution of the Soviet Union did not prevent the centralization of power, in one person or in one party. And when that happens the game is over. So the real key to the distinctiveness of America is the structure of our government.

Scalia went on to describe the bicameral nature of the legislature. We have two distinct bodies in Congress (unlike England where the House of Lord’s has no real power). By dividing the legislative power between the House and the Senate, the framers created what Scalia called a sort of “gridlock” for which we should be thankful:

And the Framers would have said, "Yes, that's exactly the way we set it up. “We wanted this to be power contradicting power -- because the main ill that beset us" -- as Hamilton said in The Federalist when he talked about a separate Senate -- He said, "Yes, it seems inconvenient, but inasmuch as the main ill that besets us is an excess of legislation, it won't be so bad." This is 1787 -- he didn't know what an excess of legislation was!

Unfortunately, we do! Remember Obamacare? The law and associated regulations added up to 33,000 pages, a pile of paper seven feet tall. And, of course, all the promises about keeping your doctor if you wanted to were lies. Many people not only lost their doctor, but now pay double or triple what they did before the law. It was a huge new tax on the middle class. Search “Obamacare tax” for proof.
Why do we have this outrageous growth in government and regulation? It boils down to what Scalia warned about. One party has taken over the Legislative and Executive branches of government and have deeply infected the judiciary creating many activist judges who believe their role is to change the law, not to uphold it.
Every totalitarian government rules from the top down by taking over all the instruments of control and using them against the citizens. In the U.S. we are in a very dangerous situation which has been creeping up on us for decades. Think of President Joe Biden’s speech on Thursday, September 1st from Independence Hall in Philadelphia. With a black and blood-red background from hell, Biden attacked all those who supported Donald Trump. He began by saying, “In America, we all are created equal,” a truth he daily spurns as he champions the murder of our youngest and most helpless citizens. He went on in what the left called a “fiery” speech, which demonized Donald Trump and half the country who voted for him. I’ll quote just one brief section of his tirade that put a target on the back of every faithful Catholic in the country:

MAGA Republicans do not respect the Constitution They do not believe in the rule of law...MAGA forces are determined to take the country backwards. Backwards to an America where there is no right to choose, no privacy, no right to contraception, no right to marry who you love.

While Biden claimed he was only talking about MAGA extremists, he included everyone who opposes abortion, contraception, same-sex “marriage,” and other Democrat priorities. Note that Biden did not mention Democrats’ support for the LGBTQ agenda abusing minor children with puberty blockers and sex change surgery. Leftists try to keep people in the dark about those and other atrocities lest they bolt. 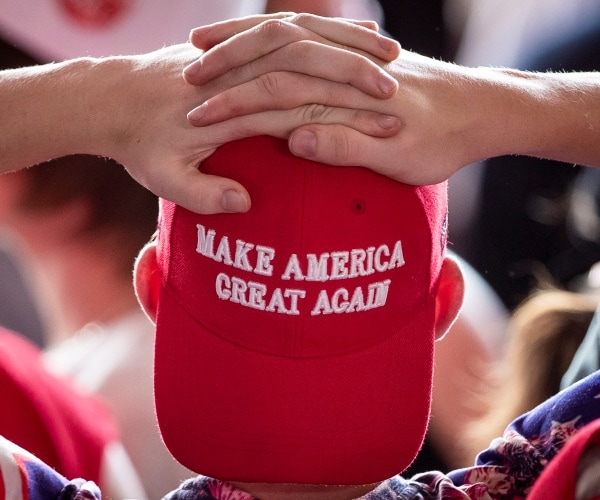 As for Biden’s claim that MAGA Republicans threaten privacy, it is his administration using the FBI, DOJ, and the mainstream media to censor those who oppose their evil policies. They are the ones spying on ordinary Americans. In fact, Bank of America, at the behest of the FBI, provided data identifying account holders in D.C. on January 5th and 6th who charged for hotels, airline tickets, restaurants, firearms, etc. Americans beware! The Constitution under the fourth amendment, protects you from “unreasonable searches and seizures,” but not from tyrants who control the legislative and executive branches!
Everything Biden attributed to MAGA supporters in his speech are policies of the Democrats. It was Democrats who called for violence and encouraged BLM and ANTIFA terrorists enabling them to destroy our cities and attack the police. How many of those insurrectionists are in jail and in solitary confinement like the January 6th protestors? The liberal left has “put their pursuit of power above all else” to use Biden’s words, undermining “the rule of law.” “There is no place for political violence,” Biden said, unless it advances the diabolical left’s agenda. What is most frightening is that Democrats turned the FBI, the DOJ, and dozens of other federal agencies into their personal police force. Since 2006, mostly Democrat administrations have spent over two billion dollars militarizing civilian federal agencies including the IRS, Health and Human Services, Social Security, the Environmental Protection Agency, the Department of Education and many others – our own leftist-built Gestapo and KGB.
None of this is new, and citizens need to recognize what’s happening as a “sign of the times.” Prior to every revolution and persecution in history, a demagogue began branding the opposition as enemies. It happened with the rise of the French Revolution. It happened in Russia with the Bolsheviks in 1917. It happened with the rise of Adolph Hitler spouting “fiery” speeches at Nuremberg. It happened again fewer than 20 years ago in Rwanda. Every night, government-sponsored radio stations urged the Hutu majority to “kill the cockroaches,” the Tutsi minority. Today, the language has morphed into calling soccer moms and other conservatives, “domestic terrorists” who are the “greatest threat to our democracy.” What do you do when faced with such a grievous threat?
Persecution always begins with hate-filled rhetoric. In August at a fundraiser in Maryland, Biden called MAGA supporters “semi-fascists” and railed that:

MAGA Republicans don't just threaten our personal rights and economic security, they are a threat to our very democracy. They refuse to accept the will of the people. They embrace — embrace — political violence. They don't believe in democracy.

It’s ironic that the phrase, “Make America Great Again,” has become so terrifying to leftists that they attack anyone who does so much as wear the hat, calling them Nazis, and even threatening them with arrest (as the U.K. Guardian reported). Remember what happened to Nick Sandmann and the Covington High School students attending the March for Life in 2019? They were falsely accused of mocking a native American grifter, a liar who claimed to be a Vietnam vet, but never set foot in the country. He used the students to promote his victimhood status. The students were attacked and vilified even by their own school administration based on lies and biased news. This was not an isolated incident, and we will see more as the “fiery” rhetoric of the left slanders opponents as Fascists and Nazis.
The secular United States today resembles the wicked world in the days of Noah. When “doctors” cut off the breasts of healthy pre-teen little girls in the name of gender fluidity, when governments order the use of transgender pronouns and fire employees for refusing an experimental gene therapy “vaccination,” the apocalypse looms. And that’s when it’s time to turn to the consolation of the Church. [To be continued tomorrow....]
Posted by Mary Ann Kreitzer at 5:00 AM