Return to the Twilight Zone Part 2: The Overreach of the Responsa ad Dubia

But before that, a clarification:

The dubia discussed here is not, of course, that of the four Cardinals who questioned the doctrinal ambiguity of Amoris Laetitia. Those questions, relating to allowing couples in invalid marriages to receive the Body and Blood of Christ sacrilegiously, remain unanswered after more than six years. Clarifying and affirming unchanging and unchangeable doctrines does not seem to be a priority of this pontificate. Francis treats the orthodox, both clerical and laity, with a dismissive contempt. Undermining doctrine, affirming dissent, placing enemies of the Church on papal commissions, and advancing syncretism appear to be his priorities. But, I'll go silent on those aspects of this papacy for now and move on to the RaD.

It begins with an introduction by Cardinal Arthur Roche, Prefect for the Congregation for Divine Worship and the Discipline of the Sacraments (CDW). What do we know about Cardinal Roche who succeeded Cardinal Robert Sarah as Prefect? He is an avowed enemy of the TLM. His appointment as Prefect of the CDW made it obvious to the Catholic world that an attack on the TLM was imminent. My colleagues in the U.K. were warning of the coming assault as soon as Roche was rumored as the replacement for Cardinal Sarah. (See here.) In 2021, Rorate Caeli reprinted an article by Peter Kwasniewski that offered a "roadmap" for the papal project to destroy the TLM. It included a short analysis of the steps leading up to TC. Remember the conspiracy of the Jewish hierarchy against Jesus? Sad to say, we see the same kinds of politics and manipulation at the highest levels of today's Vatican. Judas lives!

Since taking over the CDW, Roche has accused those attached to the TLM of being no longer Catholic, but Protestant, a classic example of deflection. The Cardinal has, in fact, said a number of things that are not true including that the Council Fathers gave us the NO. In view of the fact that the NO was five years in preparation following the Council, that statement is patently absurd. In fact, it is an outright lie. Roche is Bugnini lite with the same agenda of destroying the Mass. [N.B. Bugnini was the primary mover in the creation of the NO. There is ample evidence that Bugnini was a freemason, a fact recently affirmed by the publication of Fr. Charles Murr's book, Murder in the 33rd Degree, which describes the dossier put together by Cardinal Edouard Gagnon by order of Pope Paul VI to examine the Masonic infiltration of the Vatican.]

But let us move on to the Responsa.

It begins with an introductory letter from Roche saying that the CDF:

received several requests for clarification on [Traditionis Custodes'] correct application. questions have been raised from several quarters and with greater frequency....Every prescribed norm has always the sole purpose of preserving the gift of ecclesial communion by walking together, with conviction of mind and heart, in the direction indicated by the Holy Father.

But what if the Holy Father is taking the Church in the wrong direction, in fact, away from the Faith of our Fathers toward a one-world Church of syncretism where all religions, even paganism, are described as pathways to God? Consider that every Holy Father from Pope Pius V in the 16th century to the post Vatican II church walked in "ecclesial communion" celebrating the TLM. And, even before that, the TLM was the Mass celebrated by the Church for centuries. Pius V simply codified the norm to prevent novelties rising out of the Protestant Revolt. He allowed all rites that were at least 200 years old and, therefore, unpolluted by Luther and other heretics. Wouldn't it be refreshing if Pope Francis followed his example?

While he doesn't say so explicitly, Roche gives the impression that the NO is the direct action of the Council. He then moves on to the specific questions from the dubia, which I've paraphrased for simplicity.

Question #1: Can the pope make exceptions to TC to allow the TLM in a parish church?

Answer: Yes. (Francis can apparently do whatever he wants!) The explanatory note makes it clear that the TLM  is a concession and  the groups celebrating it are "not part of the ordinary life of the parish community." In fact, the TLM "should not be included in the parish Mass schedule." So this act of "unity" creates a hostile division throwing faithful Catholics out of the churches they helped pay for if they choose to attend the TLM. We are now relegated to the status of untouchables in an ecclesial caste system, not only untouchables but with a Protestant mentality as well. But, the note goes on to say, it's for our own good. Thank you, Cardinal Roche.

Question #2: Can the sacraments be celebrated according to the Rituale Romanum and the Pontificale Romanum that predate Vatican 2.

Answer: No. The diocesan bishop may only allow the Rituale Romanum (last editio typica 1952) and not the Pontificale Romanum and "only to those canonically erected personal parishes which, according to the provisions of the Motu Proprio Traditionis custodes, celebrate using the Missale Romanum of 1962."

The explanatory note is almost funny saying that TC, "intends to re-establish in the whole Church of the Roman Rite a single and identical prayer expressing its unity." Actually, the NO is a liturgy of disunity. With all the different options for the greeting, the penitential rite, four Eucharistic prayers and a number of others, e.g., for children's Masses, several different Communion acclimations (one of which doesn't even mention the resurrection), and several closings; the possible different NO Masses are legion. Throw in the ad libs by the priest which violate the rubrics and you have, not a "single and identical prayer," but the Tower of Babel. This particular explanatory note repeats the lie that the NO was "given to us by the reform of the Second Vatican Council." How many of the Council Fathers would ever have approved the NO had it been presented to them during the Council?

Question #3: May a priest who doesn't recognize the validity of the NO or refuses to concelebrate at the Chrism Mass use the concession.

Answer: NO! These are really two separate questions. Most priests recognize the validity of the NO. Even the SSPX recognizes its validity providing the priest intends to do what the Church intends. It's clear that this measure is meant to force every priest to say the NO.

Question #4: This relates to whether the translation from the missal used for the readings is acceptable.

Answer: Yes. The note prescribes, however, that, "No vernacular lectionaries may be published that reproduce the cycle of readings of the previous rite." Stamp out and forbid anything associated with the TLM.

Question #5: Is the bishop required to get Vatican approval to allow priests ordained after TC to celebrate the TLM.

Answer: Yes.The tone of the accompanying note does not give one confidence that permission will be readily given. Since elimination of the TLM is clearly the goal, it is hardly likely that new priests will be encouraged or allowed to wander out of the NO compound.

Question #6: Can the faculty to celebrate the TLM be given ad tempus (definition: for awhile, at present,  temporarily).

Answer: Yes. It's up to the bishops to decide "the duration... [he] will consider appropriate." [N.B. According to the policy in the Diocese of Arlington promulgated by Bishop Michael Burbidge the "duration" is two years after which the TLM will disappear in the diocese. According to a priest friend, this and the ban on the TLM during Holy Week were ordered by Rome, although the bishop did not say that in the policy statement.]

Questions #7-9: These questions relate to permissions the bishop may or may not give.

Answer: The bishop's authority over the TLM only applies to his diocese. If the priest with authority is absent, his substitute is required to get approval. Deacons and others participating require authorization. [Does this include altar boys?]

Question #10: May the priest celebrating the TLM also say the NO (binate) on weekdays?

Answer: No. There's "no just cause." [And it's necessary to make things as difficult and inconvenient as possible, especially in a parish with only one priest.]

Question #11: May an authorized priest say the TLM Mass for another group on the same day?

Answer: No: In other words, a parishioner requesting the TLM for a requiem Mass would be denied unless the authorized priest did not offer a second TLM that day.

In closing, I find it hard to believe that the dubia represents the spontaneous questions of a bishop or group of bishops. It's too specific. It seems more likely that Roche's Congregation planned and solicited the dubia in order to get into the nitty gritty and magnify the generalizations in TC. After all, you wouldn't want to give the bishops too much latitude.

Let us pray to Our Lady, Queen of Heaven and Earth, to intercede for us. Is it God's will that the TLM disappear from the face of the earth? I truly doubt it. And if it is God's will for it to continue, there is nothing the powers of hell can do to eliminate it. Put your confidence in the Sacred Heart and be at peace. 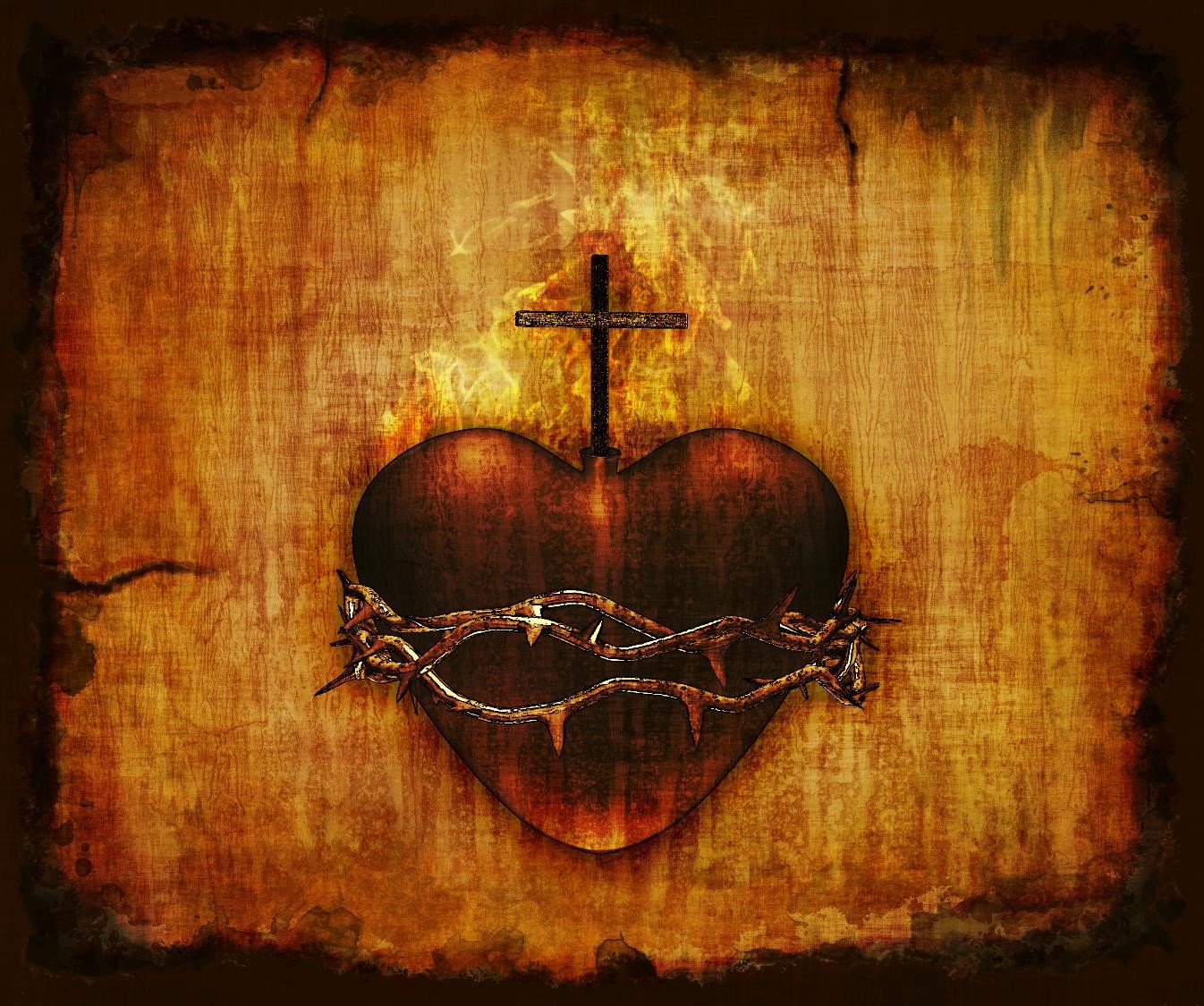 Posted by Mary Ann Kreitzer at 7:16 AM

I agree with you that the Vatican wrote and answered their own questions. The questions sound as if asked by people willing to comply, who are merely asking for technical clarification of the rules.