Sunday Meditation: You Can Learn a Lot of Things from the Chickies! 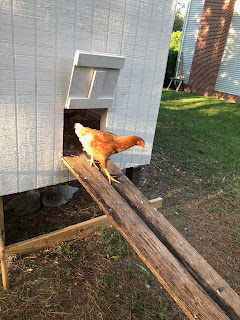 Posted by Mary Ann Kreitzer at 6:22 AM

A beautiful meditation. This allegory will be remembered, just as Jesus’s parables are. Thank you. Cluck cluck. Penny C.

This is lovely. So many are trying to find that location where they can find some measure of peace.