Thought for the Day from G.K. Chesterton 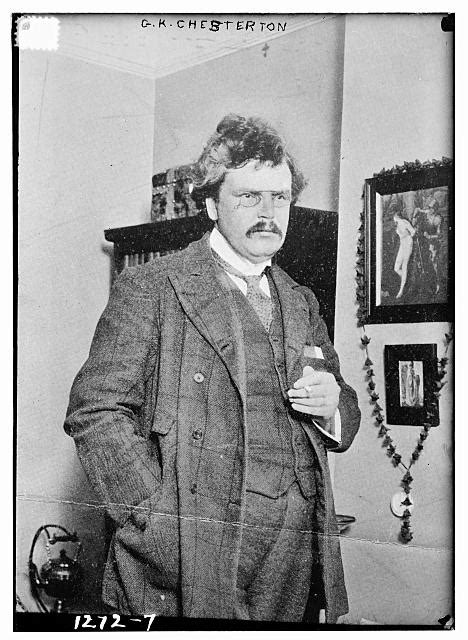 "Once abolish the God, and the Government becomes the God."
This quote comes from Chesterton's "Chistendom in Dublin" in which he describes his experience at the 1932 Eucharistic Congress. Here's a bit:

"Lenin said that religion is the opium of the people… [But] it is only by believing in God that we can ever criticize the Government. Once abolish the God, and the Government becomes the God. That fact is written all across human history; but it is written most plainly across that recent history of Russia; which was created by Lenin…Lenin only fell into a slight error: he only got it the wrong way round. The truth is that irreligion is the opium of the people. Wherever the people do not believe in something beyond the world, they will worship the world."

Wow! Could that not have been written to describe America today where man is so convinced he is God that he can change reality itself? God created man and woman, but today the Left creates transgender, non-binary, cisgender, and an entire sideshow of poor deluded individuals playing Let's Pretend.

We live in sad times when many people are embracing the evil false narrative of godless elitists. Sadly, many of them have their minds twisted as children. We should treat them more with compassion than with contempt which brings me to another Chesterton quote, although I don't know the source:

Today, on this feast of St. Francis (which is also Larry's and my 53rd wedding anniversary) let us ask God's troubadours, St. Francis and Gilbert, to pray for us and for all of those who touch our lives. May we treat everyone with respect even when we can't respect their actions. I'll end with another quote from the Apostle of Common Sense.

There is the great lesson of "Beauty and the Beast," that a thing must be loved before it is lovable.

To love those who are most difficult to love is one of the greatest challenges of the Christian, but it is also walking in the footsteps of Christ. May we do it well with the help of God's grace through the intercession of Mary, our Mother.

Posted by Mary Ann Kreitzer at 6:56 AM

Hi, I was expecting a post about the latest legal trouble of Father James Jackson. Will you post soon about this?

We were out all day celebrating our anniversary. I haven't heard anything about it. At this point I think I'll probably wait until he actually goes on trial.