Monday Morning Thought: The More Things Change, the More They Stay the Same

Are you discouraged about the state of the Church? Are you scandalized by the bad guys in Roman collars? Do you imagine them at the pinnacle of the temple looking down upon the earth while the evil one whispers in their ears about what he will give them? 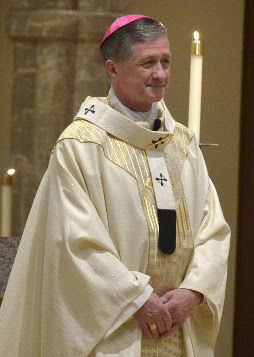 Things have always been thus and the Holy Spirit remains with Holy Mother Church despite the ear tickling, scandalous clergy.  Here are a few situations that prove sin is never original and never goes out of style among bad clergymen. It ain't new, but it's not the "rest of the story."

Cardinal Cupich is our own modern Cardinal Wolsey. Just as Wolsey was willing to mess with the doctrine of marriage to give Henry VIII what he wanted (i.e., normalization of his adulterous relationship with Ann Boleyn), Cupich is ready to dump Christ's teaching on marriage to normalize adultery and encourage sacrilegious Communion for the adulterers. Unfortunately there are plenty of others in the Church just like him. (The bishops of Malta and Argentina come to mind.)

It isn't just U.S. cardinals leading the flock to hell. The author of the scandalous book above is Cardinal Francesco Coccopalmerio who has been busy as a little bee promoting normalization of adultery and fornication since the publication of Amoris Laetitia. Despite being Italian, he is the iconic model for all the English bishops who let Henry's will (rather than God's) determine their actions.

The assault on marriage doesn't just come from normalizing adultery and fornication. The promotion of so-called "gay marriage" normalizes one of the sins that cries to heaven for vengeance. Fr. Joseph Muth can't wait to be able to officiate at same-sex "weddings" and his parish is out and proud at sodomite-celebrating events. This is all done with the silent acquiescence of Baltimore Archbishop William Lori. Silence indicates consent and is often an effective teaching tool. Lori's silence is a scandal and a sin of omission through cooperation with evil. And there are plenty of other men charged with governance who are silent about scandal.

And then there's Jesuit scandal, Fr. James Martin who wants to rewrite the catechism to normalize sodomite relationships. Martin has a long history promoting dissent and was recently rewarded with an influential Vatican post. Lest you think all this sodomy-celebrating is new, remember that St. Peter Damien wrote the Book of Gomorrah in 1051. Homosexuals in the clergy are not new.

And then there are the bad teachers and others who give scandal. They continue to confuse, mislead, and even kill the flock. They remind me of all the Judases down through the ages who wear Roman collars on the outside, but reject the truths of the faith. Heresy is ever old/ever new.
Sadly, one could go on and on. But that would give a distorted view of the Church which is also filled with good guys who love Jesus Christ and His Church and serve her faithfully. Sad to say, I can't include Pope Francis in that group.

An entire conference of bishops! Praise God for Poland and her men of God!

Time to exchange Polak jokes for USCCB jokes since so many of our American bishops really are jokes when it comes to defending the faith.

A handful of my favorite clergymen who teach clearly and truthfully:
Nothing that we are seeing today is unprecedented and to let it damage your faith is a mistake. Cling to the doctrine and pray to the Holy Spirit. Listen to the voices of truth and close your ears to those with feathers to tickle them. Never commit spiritual suicide by letting the Judases damage your faith. Be not afraid and follow the advice of Padre Pio: "Pray, hope, and don't worry."

Our Lady, Queen of the Clergy, strengthen the men who are faithful to Your Son and confound those who scandalize and endanger the souls of the flock.

St. Jacinta, little mystic of Fatima, help us to pray and sacrifice for priests in danger of hell.
Posted by Mary Ann Kreitzer at 1:42 PM

The really worrying matter in the contemporary catholic church is the failure to expel the many many priests who seek to condone
sodomy.
The false pope, cardinal Bergoglio, even installs such persons in high positions and presided over the recent disgusting synod on the family that sought to enshrine a privileged position for homosexuals in the church..

Is it any wonder that few normal men see the catholic priesthood now as a real danger to their own faith.

Are there any " normal" priests left in the catholic priesthood?

If so why are they so quiet in the face of these putrid abominations that shout to heaven to be redressed?

On an earlier comment I meant to say
"Is it any wonder that most normal men see the catholic priesthood now as a real danger to their own faith".