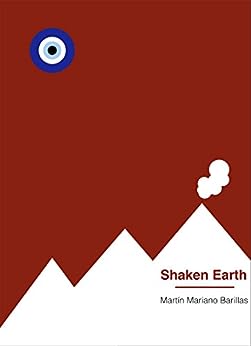 At times the best way to learn about another country is not from an academic history book, but rather from historical fiction, principally written by an author whose family lived that history which was handed down orally through generations. Such is Shaken Earth, a dynamic first novel by Martin Barillas whose father lived in the Guatemalan era of the 1930s and beyond. This novel should be required reading for anyone traveling to Guatemala today.

Guatemala is home to many volcanoes and earthquakes, hence the name Shaken Earth, however the earth shakes in other ways there with dark politics, insurrections and the overthrow of Central American governments in order to build banana republic dictatorships created to accommodate United Fruit Company and vast international coffee plantations. Barillas describes Guatemala in the 1930s as a country “where there was a scrim of European culture overlying a Creole blending of Spanish conquistador ethics and Maya traditions with the addition of Yankee business and diplomatic acumen.”

Among factual historical events and characters – massacres of indigenous Indians, volcanic eruptions, President Jorge Ubico y Casaneda, General Maximiliano Martinez, President Arturo Araujo to name a few – the fictional characters in Shaken Earth live their lives against the vast panorama of the history of the times. The tentacles of WWI, the rise of Hitler in Germany, the Russian and Mexican Revolutions, Bolshevism and the spread of communism across the globe reached Central America and had an effect on the everyday lives of millions of people, rich and poor, Ladinos and native Mayan Indians in Guatemala, Honduras and other Central and Latin American countries. In addition, “the smoldering resentment of centuries of oppression, exacerbated by expropriation of communal lands just decades before, had been sharpened by the spread of revolutionary ideas from Mexico and Russia”. Revolution was in the air.

Among these threads of worldwide turbulence winding their way into Guatemala, Barillas, through seemingly unrelated flawed characters from different backgrounds and cultures, weaves the three major entities of life – family, secular society and religion. Soledad Gandia, a spoiled wealthy Ladina and Mariano Mendoza meet in Antigua and marry, however their plans for raising a family on Mariano’s coffee finca go vastly awry after a destructive ash spewing volcanic eruption and family betrayals. Soledad and Mariano both travel through many trials.

Monsignor Ismael Ferrer, a Spanish priest “living so far from home in a land he still hardly understood after decades”, is manipulated into vacating his post by the “velvety dismissal of the archbishop”. Returning to certain martyrdom in pre-Spanish Civil War Spain, Fr. Ismael finds his destiny through the love and courage he thought he did not possess.


American travel writer Bronwyn Morrison, always on the move – from the WWI hospital wards of Belgium to England to Ireland to New Orleans to Guatemala – searches for the home she never had. For fourteen years after the war she “never stayed long anywhere, having not yet reached a definite destination” because “a destination was but the name of the next onward interface of time and place on an unremitting gyre”.

From describing New Orleans and Cuba, gunrunners, machine guns, lavish diplomatic feasts, to the huts of the Indians cooking their maize and using their ancient healing arts to cure people, Martin Barillas is a gifted writer whose imagery is unsurpassed. His description of characters reaches the essence of their being, their intrinsic nature. Bronwyn in her “gingery tantrum” firmly brushes her hair as “though she were exorcising it from fiends.” Ismael’s piercing intellect reads Soledad’s troubled soul when he says of Mariano, “Burning it all down suggests a dark offense or even hatred.”

Likewise, Barillas’ descriptions of Guatemala are beautifully poetic: “Parakeets that had filled the limbs of a dead tree near the dock suddenly flew away in a living green cloud…” and, “Silvery little fish darted from the surface to elude the maws of the shoals of tarpon that slashed through the dark water like sabers through velvet.”

In the end, we see the fabric flipped so it can be viewed clearly from the front. Barillas intertwines the unconnected individuals who then unwittingly help each other meet their unsuspected destinies. Through each other they find a glimmer of hope for the future – a future which lies within Martin Barillas’ next novel – the sequel to Shaken Earth which is to be placed in the historical context of Guatemala in the 1950s.