What the H, E, Double L is the Pastoral Approach? Well, I'll Tell You

The definition of “pastoral” when used as a noun means, “a work of literature portraying an idealized version of country life.”  In other words it is romanticized and washed of things like drought, weeds, wolves, snakes, insect pests, and life threatening injuries that can occur in the course of performing the duties of life on a farm.
Pastoral in this context would bring to mind the vision Beatrix Potter painted so well.  Everyone and everything is happy and living in complete harmony with the other.  Pastoral in another sense may also have to do with the duties of our pastors.


It is the duty of the pastor to counsel those in troubled marriages, raising rebellious children, suffering from spiritual doubt or financial woes.  They baptize, bless, marry, and bury us.  All these things are good, but when you twist the term to make the pastor’s job less rigid and ease it into that romantic view of life where swans swim in the pond, a breeze gently sways the grain in the field, the sheep baah for their lambs, and the farmer’s wife hums a familiar tune as she scatters corn for the chickens, you marry two concepts that have nothing to do with the other.
On my recent trip, two other books I read from to my friend, as we drove to Texas were


Dale Ahlquist’s The Complete Thinker, The Marvelous Mind of G.K. Chesterton, and Vatican II, Homosexuality and Pedophilia, by Atila Sinke Guimaraes, published in 2004.
Good grief, you may say, what could these two have in common.  The answer to that is the truth which never contradicts only confirms what is right and what is wrong in this world.
One of my favorite chapters (and it is hard to choose when they are all so wonderful) from the Ahlquist book is titled “East and West” which is a comparison of eastern religion vs. western---Christian and Jewish religion.  Alquist says this:
“One of the reasons some Westerners are attracted to Oriental religion is that it seems to be more Latitudinarian, whereas Christianity is more doctrinal.  ………. The Latitudinarian keeps moving back and forth, trying to avoid boundaries, or erase them.  Christianity recognizes the boundaries, has drawn very definite, distinct lines around its categories.  It has a very clearly defined creed.  But Buddhism, says Chesterton, ‘is not a creed, it is a doubt.’


Christianity has also clearly defined sin.  Buddhism avoids such definitions.  When someone says he does not want religion to be so black-and-white, so I’m-right-and-you-are-wrong, so Thou-shalt-not, it means he is starting to drift East.  Such drifters wish, as Chesterton says, ‘to soften the superior claim of our creed’ by giving all creeds the same credence.  They are saying in effect that all the creeds are irrelevant.  Their supreme virtue is tolerance.  The ‘modern Parliament of Religions’, says Chesterton, with its melting together of all the religions of the East and West, is really just a place ‘where all believers respect each other’s unbelief.’ “


There is NO TOLERANCE in the command, “Get thee behind me Satan,”  nor in the teaching that outside the Church there is no salvation.  Sadly, the Church today both clergy and laity has more and more chosen to Tolerate error than to tell the Truth.  That fact is undisputable.  When did it begin?  This brings me to the second book.
After presenting all the passages from Holy Scripture regarding homosexuality, and laying out all the clear and concise writings of popes, bishops, and saints on the subject of homosexuality from the year 305-1699 the author begins chapter II with this statement:


“The principles of adaptation of the Church to the modern world approved by the Ecumenical Council Vatican II, as well as a new general acceptance of tolerance and mercy as remedies for evil, had a special application in the case of homosexuality.”
Influenced by the modern pseudo-science of psychology the cardinals decided everyone from Lot to Jesus himself had been wrong in their assessment of this abominable sin.  To correct this error in thinking a more “pastoral approach” was necessary.  Guimaraes wrote:


“For a considerable segment of modern psychologists, homosexuality does not result from a person’s concession to an unnatural tendency, nor is it a moral vice, as Catholic doctrine and tradition always taught.  On the contrary, they hold that it is something natural, or pathological at most, which should be accepted as normal.
Now, in accordance with its general rule of adaptation to the modern world, Vatican Council II adapted to the modern scientific theories.  In several texts of the Constitution Gaudium et spes modern psychology was generically and specifically praised and pointed to as a model.  …………

In the Opening Speech of the session of Vatican II, Pope John XXIII stated the Church preferred to show tolerance and mercy for the errors and moral evils afflicting the world:  ‘The Church has always opposed these errors; many times she even condemned them with the greatest severity.  In our days, however, the Spouse of Christ prefers to use more the remedy of mercy than that of severity; she deems it better to satisfy today’s needs by showing the validity of her doctrine rather than by condemning errors……..Thus, the Catholic Church, raising by means of this Council the torch of religious truth, wishes to show herself the loving mother of all, being, patient, full of mercy and kindness toward the children separated from her.’
Such principles have led to the acceptance of modern psychology’s theories about homosexuality, as well as to the tolerance the Church has manifested since then toward this vice.”
In other words, the Holy Father said in essence it is time for the Catholic Church and the clergy to stop being your pastor, your father, your leader, the protector of truth and reason, the administrator of doctrine and start simply being “your friend.”
As a parent I came up against this urge on many occasions and it often seemed the easier course, but I never gave in and my children have grown up knowing their parents are unyielding when it comes to right and wrong, safety and danger, and wisdom and utter stupidity.  Our house was never the one “where all the kids like to come and hang out.”  We were never the “popular parents” in our kid’s circle of friends.
I told my daughter once in the middle of a painful discussion after she said, “sometimes I think you don’t even like me” that if I were her age I would want her for my best friend, but I didn’t have that luxury.  My job was to be her mother.  Today, we are best friends, and she now wears the title of mother and is doing a stellar job raising her own obedient Catholic children.
Whether it is the nuclear family or the family of the whole Church, adopting the attitude of “friendship” and calling it kindness and mercy is always a cruel failure of the persons in charge to do their real duty toward the souls in their care.  Setting aside right and wrong to be popular, following Satan through psychology, instead of living in the light of Scripture, and offering "mercy", instead of standing up for the unchanging truth, has been the worst disaster ever witnessed in the Roman Catholic Church.
So when I say, “What the HELL is “the pastoral approach”, well, now you know.  It is the Church deciding to abandon its role and be the world’s friend. 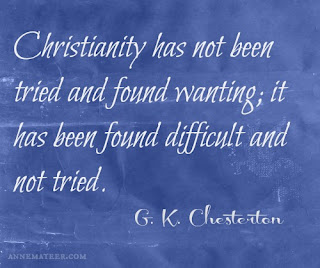 
Good post, thank you.
As a Catholic father I know how easy it is to fall into the 'friend' category, instead of showing courage and firmness as occasionally I should have done. Such failings always lead to regret, both morally and on a family relationship basis.