The Slavering Beast of Islam

The beast is busy in all four corners of the earth. Moslems are doing their father’s satanic work as the Islamic sons and daughters of the beast wage their war against humanity.

Europe formed the EU so that nation-states would live in brotherhood with no more wars. They forgot that human nature never changes and once imbued with power, the EU elites ran with it, imposing abortion, homosexuality, same-sex marriage, and euthanasia on the former free European nations. Then, because they killed the future of Europe by aborting all her children, they now have Moslem migration to fill the empty spaces.

Europeans cast aside their belief in God. They abandoned Christendom and when God is shoved aside, evil enters in. As the death knell rings for Christendom, muezzins will climb their minarets calling the people of Europe to prayer.

I’m not feeling too sorry for them at this point. They lost their reason for living (God) and unless they recover Him or find some other reason to stand up and fight, Islam will be their master. The left makes a willing partner for Islam, until Islam is strong enough to eat the left, sucking them into the vortex of their wickedness.

Unfortunately, the alternatives to democracy are not pleasant. Violence and riots wait for Europe. It’s too late now. Europe welcomed its own destruction across its borders. Now the EU has voted against Jerusalem and sided with evil Islamic Moslems. God said that He would shred to pieces all nations who go against Jerusalem. The EU just sealed their own destruction. Now watch as God allows Moslems to destroy these nations. For does He not punish sinful man by delivering him up to the passions of his own heart as the reward for man's contempt of divine love? Europe has renounced Christ and rejected the authority of His Church. God will respond to Europe's desires. He will deliver Europe up to the darkness of Islam since it rejected the light of truth and virtue. 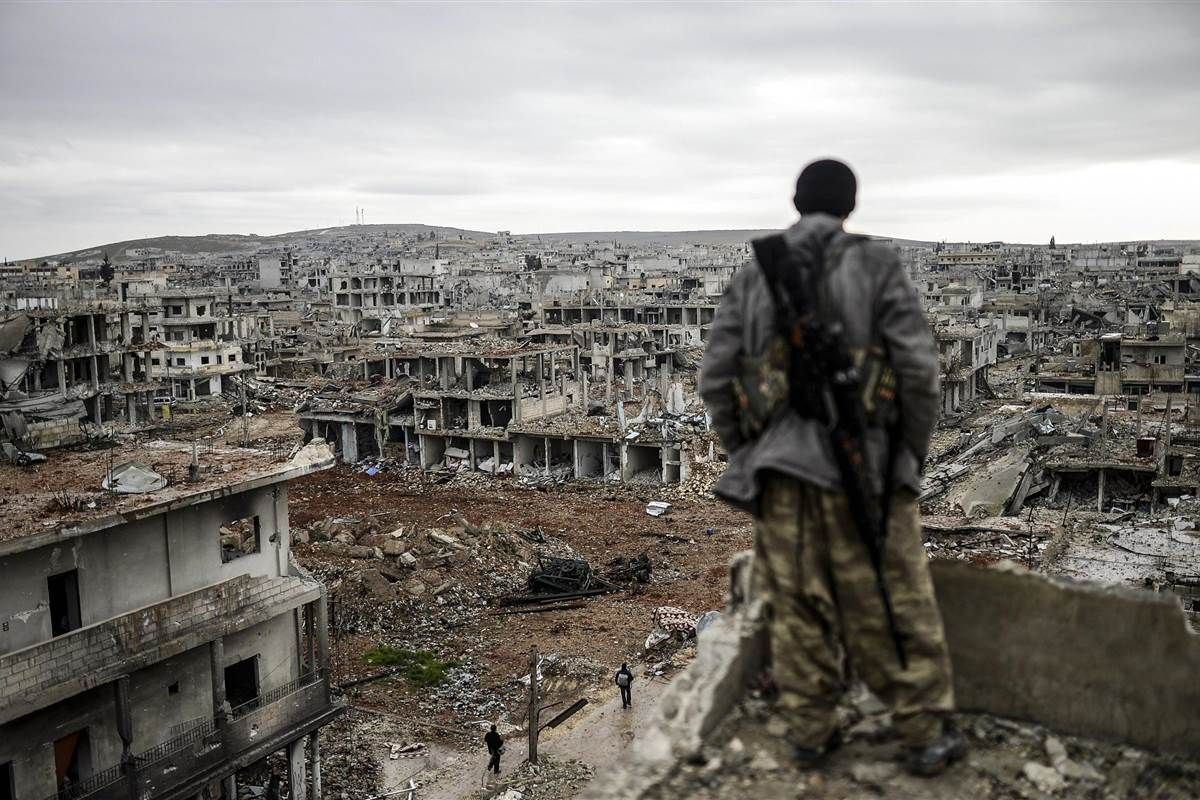 May their former memories RIP for their children will live as slaves, their formal cathedrals turned into mosques, their former great cities burned to the ground, their land and homes confiscated, their fields and orchards destroyed, their historic buildings demolished, their women sold as sex slaves, their men tortured and slaughtered until every last drop of water and every last square inch of Christendom is devoured by the slavering beast of Islam.

Then the warm breezes of former Christendom will softly usher in a new era billowing across Saudi Arabia, over the Adriatic Sea, down through the rolling Tuscan hills into Rome and through the silk curtains hanging in the halls of the Muslim Caliph sitting on the throne of the Great Mosque of St Peter.

Against all odds God has the power to preserve and defend us, but you are so right about those who turn their backs on Him.

We can look now at the ancient ruins of Greek, Roman, and Egyptian society and fool ourselves about what happened to that once thriving way of life.

It's another thing to watch it happening as in the case of all EU countries, a mega society, that will also be nothing but ruins in our own lifetime. This time we know clearly and without doubt it is rejection of God that causes it.

I would have desperately hoped this was decades away up until Alfie Evans. Alfie Evans changed everything, because it became clear that he was euthanized despite his parents bravely struggling to defend him against the murderous state. The contemptible manner in which they were treated, the lack of real defense by too many British citizens and those who COULD.
The arrest of Tommy Robinson, and mockery of a trial, the obvious retribution against him, even though he may die, coupled with the fact that about 9 British citizens are charged every day with merely complaining in the most mild way, about the destruction of their nation and culture and lives, or child rapes! Britain IS a totalitarian regime, it IS an Islamic state RIGHT NOW, there can be no doubt about this.
It is already done.
With France, Germany, Sweden, right behind. The people must accept, their political leaders have SOLD THEM OUT, and it is likely already too late, but, better to die trying.

With the demons having free reign and millions succumbing to deception, sin, and evil....yes, the seeds of their destruction has been sown. They abort or contracept their own people and are losing their ethnicity and the stupid leaders have allowed the Islamic invasion. I was speaking to a friend from Phoenix who commented on how muslims are buying $700,000 homes and have nice cars and so forth in her neighborhood. Refugee? Hardly! They are financed by Saudi and given much free stuff by the US. They are not poor "immigrants" seeking a better life and working hard for it. No. This is invasion. There will be blood.

"But in the end, my Immaculate Heart will triumph." So said Our Lady of Fatima, and so it will be. Sorrow yes, despair no.

As Europe heads towards it's self induced Babylonian captivity we must acknowledge the role the Catholic Church played in this tragedy by making a pack with the devil at Vatican II when it embraced secular Liberalism, watered down the faith, made friends with Islam and began worshiping Man more than God.

Let's be clear, though. It wasn't the "Catholic Church" that played that role, it was the evil men in the magisterium busy as the serpent turning the garden into the devastated vineyard! I am committed to praying for the clergy because we need good ones and have so few. Most Sacred Heart of Jesus, have mercy on us. Immaculate Heart of Mary, pray for us. St. John Vianney, pray for us.

I agree with you Mary. It will take divine intervention to fix this if it is God's desire. My guess is he's going to let it all play out and we will end with a remnant Catholic Church in some form or another. Most Catholics think things are fine the way they are now--especially Pope Francis who's making the Church user friendly to sinners.