Eric Holder: A Hero of Refugees? Not to Elian Gonzales! 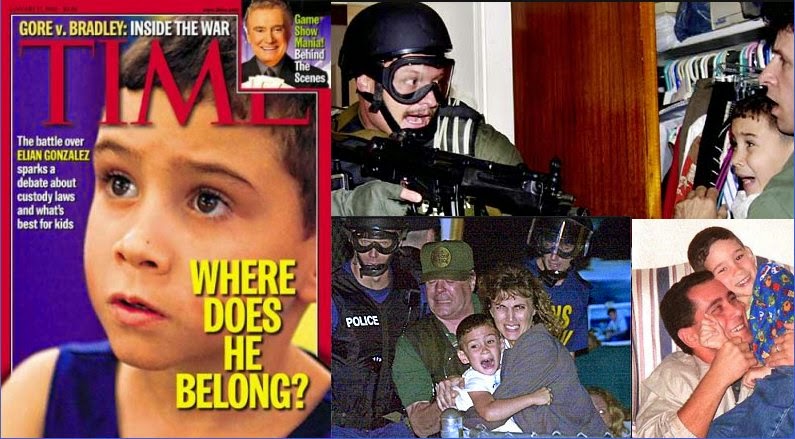 This lawless bunch makes things up as they go along. Remember the federal raid to seize Elian Gonzales, the little six-year-old found clinging to an inner tube in the ocean after his mom fled Cuba with him? Read the article below on Holder's connection to Elian and get it in your head that children are just pawns of a vicious federal Leviathan that doesn't care one whit for anything but its own power! The children being trekked from Central America across Mexico are in danger. Some are dying in the process. Young girls (even as young as three and six) are being raped. Children's bodies have washed up along the Rio Grande.

And this is an administration that "cares" about children? Hey, I have a nice covered bridge for sale in Shenandoah County - no ID required - cash only.

(Thanks for sending the article link, Jane!)
Posted by Mary Ann Kreitzer at 12:12 PM