Mary Wagner, Inspiration for the Red Rose Rescues, is Released from Prison.

I received the following email today about Canadian rescuer Mary Wagner who was released mid-trial on her own recognizance. Note the significance of the date of her release and the date the trial resumes. None of this is accidental. Nothing "just happens." God is very close to those who rescue as I can testify from personal experience. Rejoice and pray for all those who are willing to risk arrest and jail to protect babies in the womb. 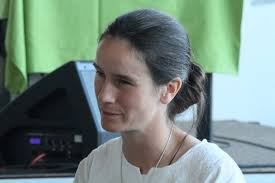 Munificent Lords, Ladies, and Gentlemen,
The Princess of the Pro-Life Movement, Mary Wagner, had been locked up in jail for 3 long months since her last rescue at a local abortion mill in Toronto back on Dec 8, 2017. Her trial finally started this week on Monday, March 5. But the trial took a sudden and unexpected turn when Mary's lawyer, Peter Boushy, started attacking the lawfulness and legality of the death camp itself, which forced the prosecution to request a sudden halt to the proceedings halfway through the day, which was granted by the judge. The trial then resumed for a second day on Wednesday March 7. But much of this day was consumed by the dispute about the legality of the abortion mill itself and it's practices. So when it became apparent that the proceedings would need to carry over to a third day, and that an early court date could not be found on which to finish the trial, the judge decided not to keep Wagner in custody any longer, but to release her in her own recognizance, despite the fact that her trial isn't over. Mary was told to appear back in court on April 26, 2018, the Feast of Our Lady of Good Counsel. Upon her surprising release, the Princess noted that her release on March 7, the Feast of Saints Perpetua and Felicity (two early Christian martyrs of the 3rd century), was significant in that St. Felicity was actually in her 8th month of pregnancy when she was murdered. "So I think that little baby may have been interceding for us today," said Mary. But don't just take my word for all this. Rather, check it all out for yourselves HERE and HERE.