The homosexual propaganda machine is operating at full tilt these days as evidenced by many articles where semantic gymnastics are used to deceive. I read one today by Fr. Peter Daly, a retired priest of the Archdiocese of Washington, D.C. and a columnist for the not-really-Catholic Reporter, aka "the fishwrap." I include that bit of information because it tells you from the outset that Daly is not an orthodox priest. Orthodoxy is banned from the "fishwrap," especially orthodoxy about the disorder of homosexuality.

The article, Confrontation time: Cardinal McCarrick and me in 2002, sounds great. And how nobly it paints Fr. Daly, a priest who almost single-handedly had the courage to boldly confront McCarrick about the sex abuse crisis. (Drum roll and trumpet fanfare!) It happened, as he tells it, at a priests' meeting after McCarrick returned from Rome where the bishops were called to discuss the abuse crisis with Pope John Paul II. Here's Fr. Daly's description of the event:

It was a typical hierarchical meeting. The cardinal and bishops sat up front. McCarrick came to a microphone and spent a long time discussing what would become known as the "Dallas charter"....After his statement, he opened the meeting up to "questions."....I waited my turn at one of the microphones, frustrated that we were not dealing with the real problems. I remember it vividly. I had made notes on a legal pad. I was nervous as a cat. When my turn came, I was visibly shaking.

I started, "Today Cardinal [Bernard] Law [of Boston] is answering a subpoena for a deposition in a civil law suit in the sexual abuse scandal in Boston. Instead, he should be answering an indictment for suborning the felony of child molestation."

McCarrick looked shocked. There was a sort of inward taking of breath among the presbyterate. I remember that my voice quaked and my hands shook so much that I could not read my notes.

I went on to address the Dallas charter and its zero-tolerance policy. I noted that the charter held priests to strict account, but there was no accounting for bishops, archbishops or cardinals. They were exempted, I said, and they shouldn't be. We should all be held accountable to the civil law, to public scrutiny and to our people.

Then I added angrily, "Our people understand sin. Everybody sins. What they don't understand is cover-up and the failure to protect our children. Everybody, including cardinals, should be held fully accountable."

McCarrick was clearly uncomfortable with my pointed reference to cardinals and with my emotion. He interrupted me and said, "I'm not sure that this is the time and place for us to have this discussion."

I shot back at him immediately. I still remember my answer word for word.

"If a closed meeting with our brother priests, in the midst of the worst scandal to hit the American church, is not the time and place to have this discussion, THEN YOU TELL ME THE TIME AND PLACE AND I WILL BE THERE!"

Wow! What a hero! What courage! What bravado! Let's have a round of applause!

Great priest right? Really concerned about the molesting of children, mostly adolescent boys, by same-sex attracted men. He wants to stop the coverups and protect those endangered by the lavender mafia in roman collars. Are you swooning yet?

Well...hold your horses before you gallop off in praise of this fork-tongued priest.

Fr. Peter Daly is a champion and advocate for same-sex marriage and homosexual relations and believes the Supreme Court decision that affirmed same-sex marriage was great! He also believes and wants the Church to change her teaching and predicts that she will. You can read it all in his columns at "the fishwrap" if you have the stomach for it. He is no different than other priest champions of homosexuality like Fr. Charlie Curran, Fr. Richard Rohr, Fr. Robert Nugent, Fr. Michael Holleran, and Fr. John McNeil. They have all contributed to the sex abuse crisis with their pandering to the gay agenda.

Fr. Daly promotes the myth that same-sex relationships are stable and long lasting and implies that they are faithful and that homosexuals are NOT a threat to children and young men.

Nothing could be further from the truth! The homosexual lifestyle is promiscuous, and same sex unions are, for the most part, fleeting. Youth are targets as Mass Resistance has so often demonstrated. Studies confirm the promiscuity of the gay lifestyle and the health risks involved, despite groups like the Human Rights Campaign trying to debunk facts.

The homosexual strategy, defined in After the Ball, was to hide all the ugly truths about homosexuality and paint a white picket fence picture of the gay lifestyle like Hollywood did with the gay propaganda film Philadelphia (1994) starring Tom Hanks. If you've never seen it, you should. It's a brilliant piece of gay propaganda with a little euthanasia propaganda thrown in at the end. This is how people's values are subverted ,and they are led to believe that lies are the truth. 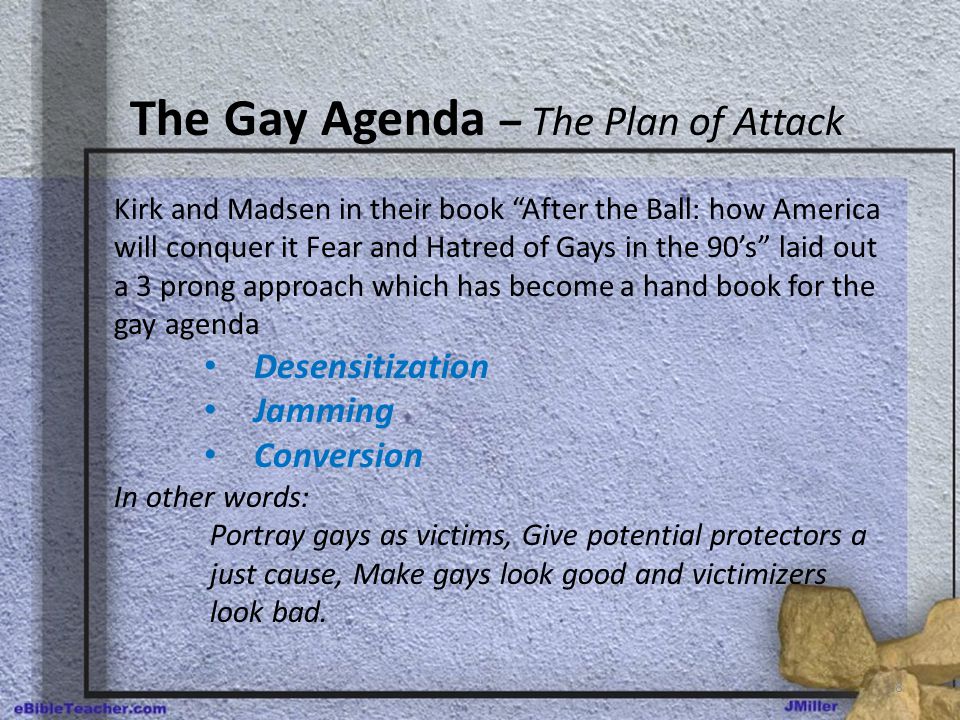 If the sex abuse crisis in the Church has taught us anything, it's that sex abuse of the young is part and parcel of the gay lifestyle. Why do you think they want to lower the age of consent? I've hotlinked here to ONE article but there are tens of thousands. The "chicken hawks" (older gay men) want fresh "chickens" (young men who are sexually inexperienced) to use and enjoy.


Promoting the lie that homosexuality is no problemo is what Fr. Daly is all about. He is a propagandist for normalizing homosexual activity as a fundamental good. Realize when you read anything he writes that he speaks with a forked tongue, like the serpent in the garden of Eden who used half truths to seduce Eve. It's time to stop buying the snake oil these serpents are selling and protect the innocent! The child you save may be your own!
Posted by Mary Ann Kreitzer at 6:00 AM

Do you know why God made snakes? It's because he needed the practice before making lawyers like Fr. Daly.

Well, you know what Shakespeare said....and then there's the joke about what you call a pile of lawyers in the bottom of the sea....

One other bit of info about Fr. Daly from his brief bio at the fishwrap that casts light on the mess we're in:

"For almost 20 years, Daly wrote a column for Catholic News Service that went to diocesan publications."

When the major news organ for the Church in America uses a sodomy-promoting priest to "educate" Catholics through diocesan papers, is it helps "s'plain" things.

What a narrow, closed minded and mean, people you are. It is a wonder anyone stays Catholic anymore if they read your awful remarks.
Telling lies about people who are “gay” is so easy for you. They are no more promiscuous then other group. All the children
And young people hurt by the abuse scandal has NOT BEEN at the hands of “gay” priest but all of them were men who had position, and power. Just like in all sexual abuse—it is about people with power abusing that power.

Thanks for signing your name, Nancy. I respect people who are willing to identify themselves in a disagreement.

What lies were told here? The John Jay report showed that over 80% of the abuse was gay men molesting post-pubescent boys. That's pederasty. And, yes, the "gay" lifestyle is more promiscuous which is exactly why AIDS became such a crisis. Other STDs are coming back as well including syphilis. MSMs, men who have sex with men, are reported to be at high risk of STDs by the Center for Disease Control. Here's just a bit of what they say:

You can read more at https://www.cdc.gov/msmhealth/STD.htm The facts don't match your statement that "They are no more promiscuous than other men."

If someone you love identifies as "gay" they are at serious risk. Is it an act of love to encourage them in their self-destructive sin? MSMs lead shorter lives and alcohol and drug abuse are common among them. They are also at higher risk of suicide.

I suppose any sin against a child can be described as an abuse of power. And certainly McCarrick's abuse of seminarians falls into that category. But that doesn't change the fact that most of the abuse was by men who identify as gay.