Archbishop Gomez and Bishop Barron, Where is Fr. Gavancho? 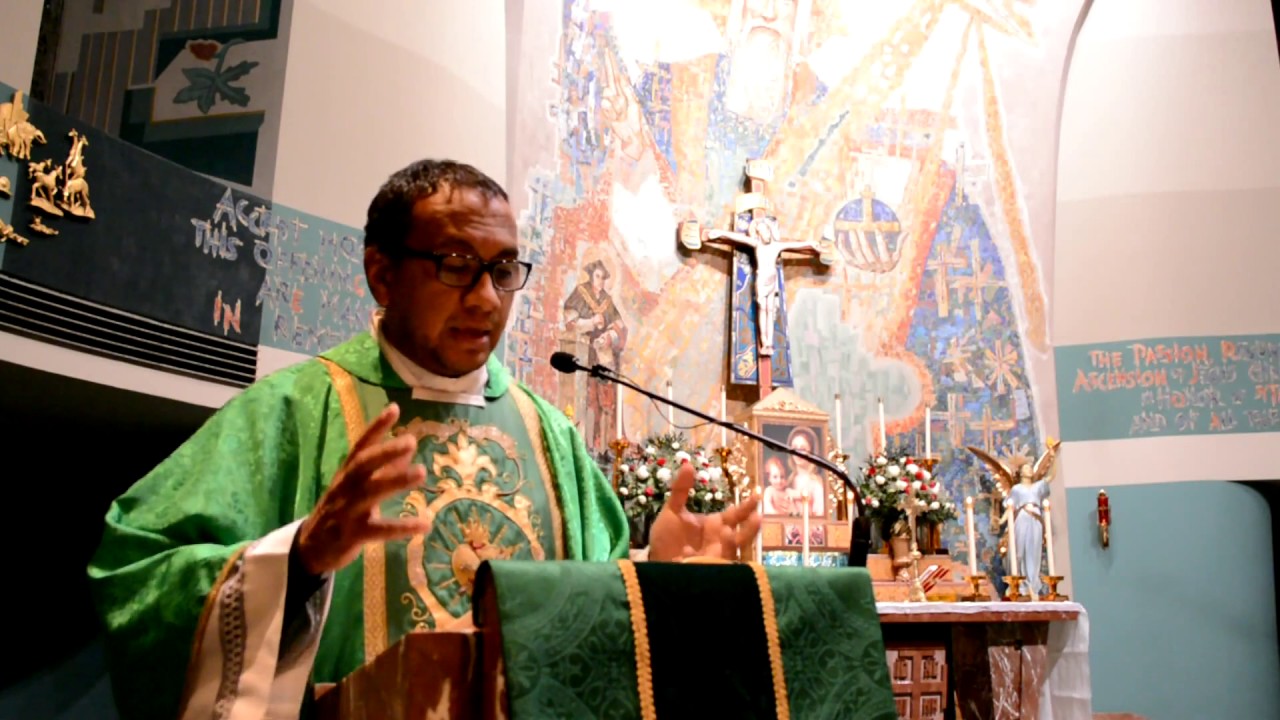 The persecution of good priests continues. No surprise that this story comes from the Archdiocese of Los Angeles, a bastion of liberalism that was long headed by Cardinal Roger Mahony. It seems Mahony's legacy of persecuting good priests outlives him under Archbishop Jose Gomez and his auxiliary, Bishop Robert Barron. So here goes....

Two Sundays ago Fr. Juan Carlos Gavancho delivered a homily to the people of Our Lady of Sorrows in downtown Santa Barbara, CA addressing the sex abuse crisis and the Vigano letter. It was a heartfelt and pastoral homily which you can listen to yourself.


Two days after this sermon, Fr. Gavancho's pastor, Fr. Cesar Magallón, gave him an hour to pack up and get out. The pastor posted this about his expulsion on the parish website:


Dear Our Lady Of Sorrows
Parish Community:
Father Juan Carlos Gavancho, a priest originally from the Archdiocese of Chicago who had been serving at Our Lady of Sorrows parish in Santa Barbara since early July, was asked to leave that assignment on August 29 and will no longer be serving in our parish or in the Archdiocese. Contrary to rumors and reports, Father Gavancho was asked to leave not due to the content of his homily on Sunday August 26, but rather because of issues with his interpersonal relationships with parish staff and parishioners. The Archdiocese is providing financial assistance during his transition back to the Archdiocese of Chicago, his home diocese.

Father, at last report, was in a hotel paid for by the diocese while his salary and benefits were suspended. Nice way to treat a spiritual son, eh?

Rod Dreher covered the situation in a blog post at The American Conservative. Lots of comments indicate that Fr. Gavancho did have personality issues and was a poor administrator of finances and could be prickly with his fellow priests.

If every curmudgeon in a cassock were expelled, we'd have few priests left. I remember well one of my former pastors (now deceased) who moved to a new parish where the liberal faction had unmerciful persecuted the former pastor, a man I much admired.

In his initial homily the new pastor got up and said, "I understand you gave your last pastor a heart attack. You can't do that to me -- I have no heart." I laughed when I heard about it. People either loved him or hated him. He had a dry, sarcastic sense of humor which reminded me of my dad, so I liked him. A good friend of mine who lived in that parish couldn't stand him. I thought of that while I read the comments on Dreher's blog. Love him or hate him, Fr. Gavancho gave great orthodox sermons and deserved more respect than the mailed fist and the hobnail boot!

At any rate, regardless of Fr. Gavancho's personality, how many of the pervert priests get an hour's notice to vacate their rectories. Anyone?....Anyone?....I'm waiting....Bueller?

The only other priest I know who got that treatment was my friend Fr. Haley. The priests he told Bishop Loverde about who had vile pornography in the closet were protected and allowed to remain in their parishes -- until the media found out. Only then were they removed. So, honestly, my sympathy remains with Fr. Gavancho and the mom of many children who commented on Dreher's post that he looked her in the eye and treated her like a real person when she spoke to him after Mass and introduced her teenagers.

And, as Mark Henrie wrote at First Things:


It would take a true monster to so alienate people in six weeks of summer parish work as to merit dismissal. And if he truly is an interpersonal monster in this age of the “triumph of the pastoral,” how did he get ordained in the first place?

Please pray for Fr. Gavancho and all priests. What times we live in, eh?

Lord Jesus, meek and humble of heart, have mercy on us!

Our Lady, Queen of the clergy, pray for us.

St. Joseph, patron of the universal Church, pray for us.
Posted by Mary Ann Kreitzer at 11:09 AM

Thank God in his mercy for the few faithfull and courages priests lrft,there are not many who put God first.do they nolonger believe in the jugement

It was only discovered that Fr Gavancho had these problems a few hours after this sermon.I thought a priest could only moved to another parish by a Bishop and could only removed from priestly duties after a hearing for misconduct.This is a blessing for Fr Gavancho because at this time of the parting of the sheep and the goats,he was weighed in the balance and not found wanting.