What Do We Know About the Accuser's High School? 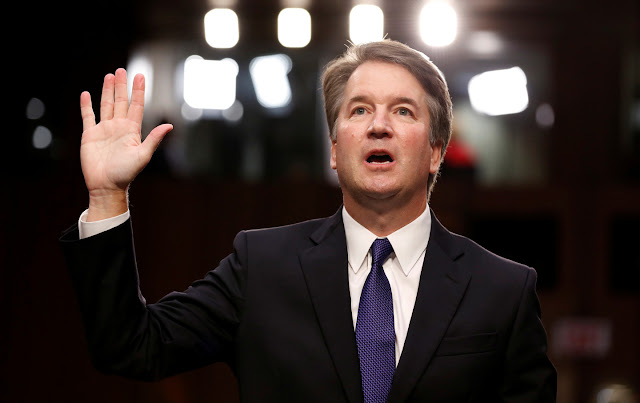 In recent days we’ve heard a lot about a woman named Christine Blasey Ford.  She has accused the nominee for the Supreme Court, Brett Kavanaugh of some very “unwelcome affection.”  She says she was brutally assaulted at a party the accused claims to have not even attended.  In fact he denies even knowing Ford.

I didn’t grow up in this area and I didn’t attend any private school so I wouldn’t know what that experience is like, but it doesn’t take much these days to find out with the world at our internet fingertips.  So I Goggled Holton Arms School and found this Wikipedia entry.


According to this information one might enter their eight year old daughter in this school and after ten years watch them cross the stage with a high school diploma all for the low low cost of only $42,000 a year.  That would be a total of $420,000 if it were all, but in fact, the grades from 7-12 actually cost more than that. So we might be talking over half a million dollars to send your daughter to this school.


I get it that public schools are not always best for every child.  Catholics send their children to Catholic schools which are also a pinch on most family budgets these days.  Very wealthy people often send their children to private schools for their security and privacy.  Other people send their kids to private schools for the status value it gives them at the country club or in their elitist circles of one variety or the other.  I heard one mother say, “It is where they meet the right kind of friends.”


Some, to be sure, send their kids to private schools because the public option where they live is simply not an option.  Washington, D.C. and New Orleans, LA are examples.


Having said this, money is no guarantee for what a child will learn, nor any promise of their future success in life, nor their level of wisdom, or strength of character.  You can learn stupid stuff anywhere and you can avoid being reared with any moral guidelines whatsoever, especially if Daddy has enough money.


An article I read about Ms. Blasley Ford said she went to college and after floundering for two years finally convinced herself to get serious and major in Psychology in order to graduate on time.  You have to laugh at the fact nearly a half a million was spent to prepare her for college and when she got there she had not a clue what to do with her life, poor study skills, no ambition, and looked only for the easiest way out of her pitiful situation.  Psychology!


Wikipedia describes Holton Arms as an independent college prep high school.  Fine job they did with this one.


The school was founded by two women in 1901 with this goal in mind:


“The School’s mission is to cultivate the unique potential of young women through the ‘education not only of the mind, but of the soul and spirit.’ (Jessie Moon Holton, 1866-1951)  The School’s motto is Inveniam viam aut faciam---I will find a way or make one.”


I just had to wonder after I read that, what education is given to the “soul and spirit” of the girls who attend this school.  And as I read the motto, I wondered if a person who graduates from a place like this believes then it is perfectly ok to do whatever it takes to advance an agenda, even if it means lying and destroying another person’s perfectly admirable life.
I find it also very curious, that this woman's Facebook page was scrubbed, but not before Jeffrey Gresio captured this:
"Also rescued from Christine Blasey Ford’s Facebook page before it was scrubbed, in March of 2017, Christine Blasey Ford posted, “Someone needs to come forward and accuse Neil Gorsuch of rape to dis-rail his SCOTUS nomination.  Such accusations should continue until Trump nominates Merrick Garland.”
St. Michael, defend us in battle.