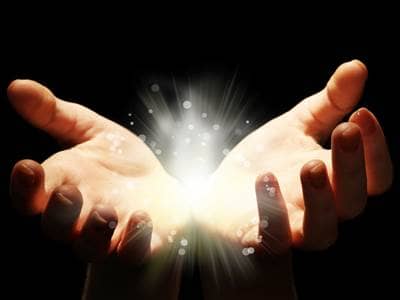 Christmas is the season of miracles. But what makes a miracle? Fr. John Hardon used to say that the most important miracles weren't those of healing, but those of the heart. Think of the change in someone, a hardened sinner, who in a moment of light is instantly converted. Think of the prisoner St. Therese of Liseaux was praying for who embraced the crucifix held by a priest as he mounted the scaffold of his execution. Think of the abortionist, Bernard Nathanson, co-founder of the murder-monster NARAL, who became a champion of life and Abby Johnson who, as the youngest Planned Parenthood director in the country, walked away never to return after seeing the little victim on a sonogram. Miracles are everywhere if we open our eyes to see them. What miracles are happening in your life this Advent and Christmas?

I offer you an Advent reflection on miracles by my friend James Thunder. Thank you, Lord, for miracles.

A FRESH LOOK AT MIRACLES AT CHRISTMAS as published www.speroforum.com, Dec. 13, 2018

You get pretty used to the idea that Jesus worked miracles, don’t you? I do. But one of the readings at Catholic Mass for a weekday during the first of the four weeks of Advent really pricked my ears:

Jesus walked by the Sea of Galilee, went up on the mountain, and sat down there.

Great crowds came to Him, having with them the lame, the blind, the deformed, the mute, and many others.

They placed them at His feet, and He cured them. (Read more....)