Nabi Sayeth: Celebrate Our Lady on her Feast of the Immaculate Conception 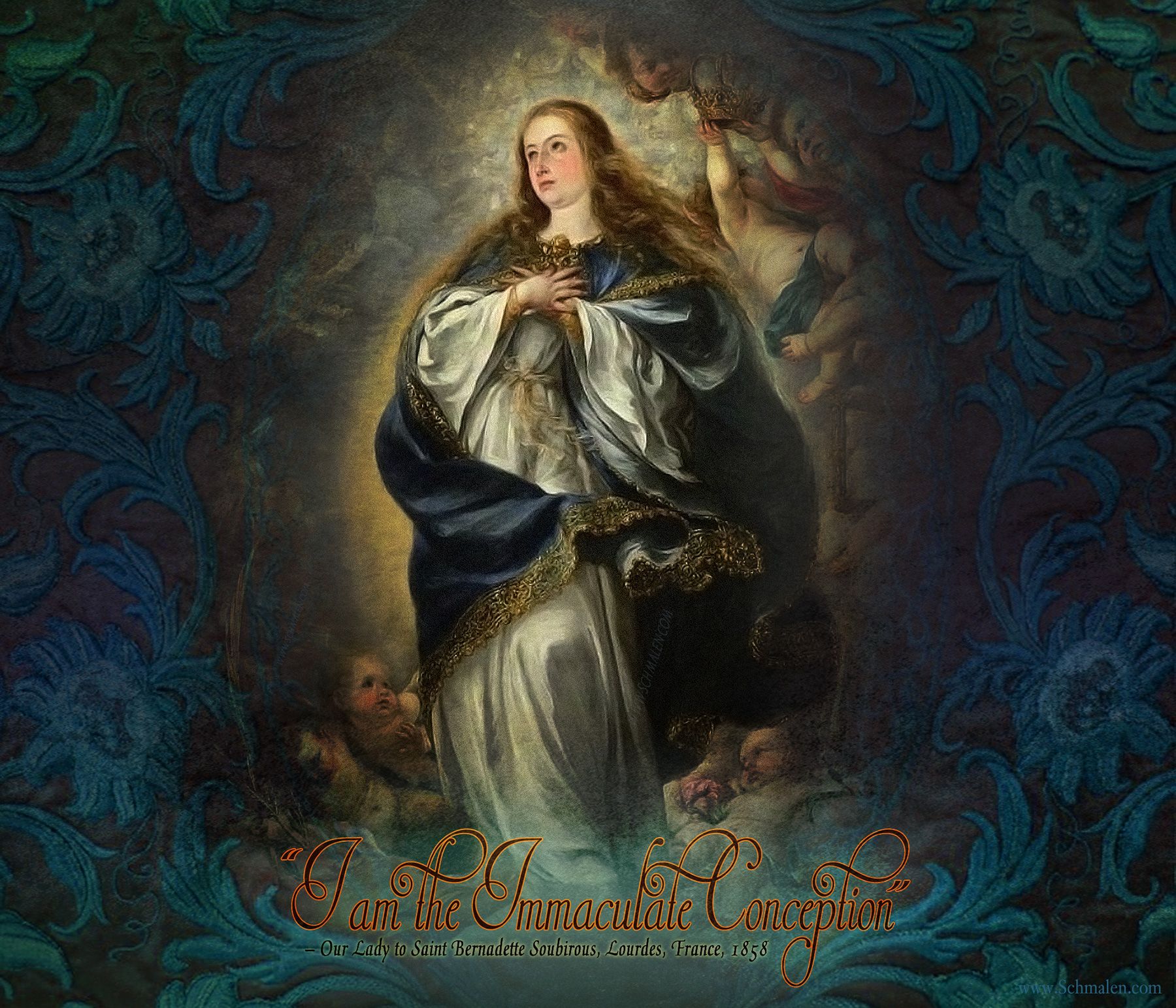 Nabi sayeth: We celebrate on December 8 the wonderful Catholic feast of the Immaculate Conception of the Blessed Virgin Mary. And what a beautiful and powerful feast it is. Though widely misunderstand by Catholics in the pew, the feast commemorates the conception of the Virgin Mary, not the conception of our Lord Jesus as the Gospel reading for the Feast leads many to believe. The feast is meant to celebrate the uniqueness and incredible holiness of Our Mother Mary. That Mary is “Blessed among women” is a Catholic belief which will make little sense to many in our egalitarian-obsessed culture.

But the Catholic Church by celebrating this feast insists that Our Blessed Mother IS INDEED unique, special, most holy among all women, and men as well. She was chosen to be Our Lord’s Mother because she was conceived without sin and was, therefore, the most perfect “Vessel” to bear the Savior of the world.

Throughout Catholic history, many women sought to imitate Our Mother’s holiness and humility by dedicating their lives to religious vocations. They showed this desire by making vows and wearing the religious habit. Some were martyred while wearing it.

But then something happened beginning in the turbulent 60’s, as Father George Rutler points out, that called into question the value of the religious vocation....

“The same might be said of those who are consecrated in the Religious life. The difference is that most of the Church consists in laypeople, while monks, nuns, and other consecrated Sisters and Brothers are a small fraction of the People of God, but are needed to remind all the baptized that our true home is in heaven. The distinctive habits that they wear are reminders of their role.

Since the Second Vatican Council, many ill-advised Religious have abandoned conventual life and even those Religious habits. It was an abuse of the Council’s modest prescriptions for updating the consecrated life, and in fact, it often fostered dissent from the Faith itself. Since 1965 the number of women Religious in the United States has dropped from 181,421 to fewer than 47,000 today. Eighty percent are older than 70, so the death rattle is ominous in at least 300 of the 420 Religious institutes. Yet, many refuse to admit their mistakes, rather like the definition of insanity: “Doing the same thing over and over again, but expecting different results.”

So many women religious, women who in their 20’s had chosen to wear the habit and dedicate their lives to Our Lord became infected by the “spirit of the 60’s” which meant being “liberated” and immersed in secular-modernist thinking and living.

Years ago at a seminary “House of Studies” for perspective college aged seminary candidates in Wheeling, WV; mass was offered by the House priest on the Feast of the Immaculate Conception. In defiance of canon law, the priest called upon a quite progressive Sister of Saint Joseph to “preach the homily.” To “illustrate” the importance of the Gospel reading for the Feast, from St. Luke’s account of the Annunciation of Our Lord, Sister asked the seminarians to do a reflection.

They were told to lay on their backs on the floor, spread their legs and push their groin area while they IMAGINED themselves giving birth as Blessed Mary gave birth to Jesus. Sister guided their meditation on the process. They were told to focus on Mary’s pain, her fear, her anxiety all the while keeping in mind that she was a woman living in a patriarchal society.

Nabi asketh: Now, what do you think those college aged men might have learned from that “meditation”? After it all was said and done and the good Sister had left, they chuckled among themselves about how the whole exercise was ludicrous! Why?

1. Her meditation missed both the point of the Gospel and of the Feast.

2. Delivering a baby is a profound experience that men, whether seminarian or construction worker, WILL NEVER HAVE.

3. Sister blatantly violated canon and liturgical law, and the priest allowed her to do so.

One of the contributing factors to the widespread confusion among Catholics with regard to Catholic Church teaching has been the result of bad, dishonest teaching by the habit-discarding religious sisters. Rather than “stick to the script” of true Church teaching, they propagated a feminist-laden, secular-humanistic agenda. As the result of years of pollution of the minds of people in the pews, the vast majority of Catholic no longer believe what the Church teaches on the Real Presence of Christ in the Most Holy Eucharist.

But God has an amazing way of making things right as Father Rutler notes:

“But there is also a dramatic upsurge in Orders that live the traditional counsels, teaching, caring for the poor and sick, and not wasting their time in “workshops” on climate change and nuclear weapons.

Some of these new communities are growing dramatically: the Dominican Sisters of the Sacred Heart, the Carmelite Sisters of the Most Sacred Heart of Los Angeles, and our own New York-based Sisters of Life (who share our parish’s hospitality), among others. The Dominican Sisters of Mary, Mother of the Eucharist, whose mother house is in Michigan, have grown in just twenty years to more than 140 Sisters with an average age of 32. They teach in preschool through college throughout the United States and this coming year will open another large convent in Texas for 115 sisters.

A choir of these Sisters in their traditional habits was invited to sing at the lighting of the National Christmas Tree in Washington.”

Nabi sayeth: I have been blessed to know many wonderful, holy women religious. To my delight, a former student currently doing her degree work at Franciscan University of Steubenville recently informed me that she was about to respond to the Lord’s call to enter the religious life as a traditional Sister. When I asked her why she chose to do so, she responded that the Lord was calling her to intervene on behalf of those who had left the Catholic Church. She wants to spend her life bringing back His lost sheep! In a day and time when many sheep are exiting, her calling is needed and timely.
Please join me in praying daily for vocations to the religious life and priesthood, of women and men who will live humble, sacrificial and holy lives in imitation of Our Blessed Mother....
Posted by Mary Ann Kreitzer at 12:00 AM