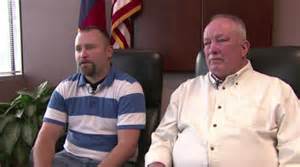 Lawyers for Jahi McMath are filing a federal lawsuit today seeking restoration of the young woman's constitutional rights and calling for the California statute under which she was defined as "brain dead" be declared unconstitutional.  This is big! Pray for the success of this suit.

And then watch the video of Texas dad, George Pickering, who held up a hospital ward to prevent the death peddlers who declared his son "brain dead" after a "massive stroke" from removing life support and "harvesting" his organs. Thanks to his dad who paid with a jail term, his son is alive and fully recovered today and very grateful to his father.


I thought of this dad and his son today as I heard the first reading from the prophet Malachi:


Lo, I will send you Elijah, the prophet,
Before the day of the Lord comes,
the great and terrible day,
To turn the hearts of the fathers to their children
and the hearts of the children to their fathers,
Lest I come and strike the land with doom.

George Pickering's heart was certainly turned to his son. May all fathers defend their children like this man did. I doubt he ever intended to use that gun against anyone and gave it to his other son long before the standoff ended, but he gained enough time to save his son's life. May God use his sacrifice to save many others. There isn't a single person declared "brain dead" who isn't alive. Jahi is alive even though California has considered her dead for TWO YEARS! Who are they kidding?

Don't ever sign an organ donor card or let your loved ones sign one. As you can see from Jahi McMath and George Pickering, "brain death" is a total fraud. It gives the green light to the death peddlers to kill you for your organs!