Give Historical Fiction to Your Teen for Christmas... 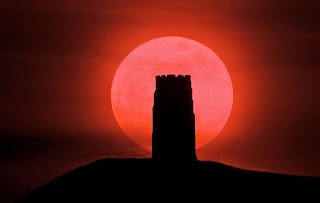 ....Ignorance of history condemns us to repeat the mistakes of the past. Not only that, but a rich understanding of history helps one to understand the present in a deeper way.

I recently read the first in a new historical fiction series for young adults called the Glaston Chronicles. I'm impressed enough to give it to grandchildren for Christmas. Take a look at the review and see whether this is something your children or grandchildren would like!

When my children were young I always reviewed their book selections after library visits. I still recall my horrified reaction to the Goosebumps series. Not only were the subjects appalling and gruesome, but the writing was semi-literate at best. Why were they so attractive to young teens? Because they were action packed and filled with adventure. The popular Harry Potter series is better written than Goosebumps, but are the themes of magic, the disparaging of non-wizards as “muggles,” and the constant “end justifies the means” philosophy things we want our young people to absorb? Not me! So I’m constantly on the lookout for good alternatives and I certainly found one when I read The Secret of Glaston Tor by Donal Foley.

The book is the first in an intended series, The Glaston Chronicles, following the adventures of American teenager, Matt Bergin and his English cousins, Annie and Luke Martin. In this first adventure, Matt arrives for Christmas vacation in Glastonbury in the county of Somerset. If the reader wants a little “magic,” he finds it when Mr. Martin tells Matt the story of Glastonbury and the Tor (from Old English meaning hill). “The Tor, “ he says, “was an island mostly surrounded by water and known as the Isle of Avalon. The Celts believed that it was the home of the Lord of the Underworld, a place of enchantment, and actually the entrance to the Underworld. Avalon is also associated with King Arthur, but that’s another story.” Mr Martin goes on to describe a tradition that Joseph of Arimathea “came by ship to Glastonbury and built a simple church…dedicated to the Blessed Virgin Mary [which] came to be regarded as the most ancient church in Britain.” The roofless tower on the Tor, according to tradition was all that was left from a shrine dedicated there to St. Michael the Archangel.

Visiting the ancient tower, the cousins stumble on time travel when they follow Toby, Annie’s little dog, who disappears after running through a doorway filled with a strange, shimmering light. They find themselves in 1940 in the middle of war-torn France occupied by the Germans. Once there they reconnect with “Alex,” a stranger who rescued Matt from being hit by a speeding car at the airport when he arrived. Alex offers the youngsters a sort of “mission impossible” to help a young family in danger from the Nazis to escape to England. They accept and in the course of their adventure meet members of the French underground, some British RAF pilots shot down over enemy territory, and several other refugees. They also experience close calls with the Gestapo. During the course of their “five days” in the past, the children face risks and dangers that challenge them to confront their doubts about faith, the power of prayer, and their ability to accomplish their mission. They also learn much about the value of supportive and wise friends who offer godly counsel.

Woven into the story is an antique nativity scene from Oberammergau, made from acacia wood and described as being made by St. Joseph himself. The old antique dealer who gives Annie the crib scene in Glastonbury tells her, “It’s a very special crib…. People have made wishes while praying before it – wishes that have come true.” But he warns her that, “when anyone wishes for something before this crib, it must be for what is good. Never wish for anything bad….Be very careful about what you wish for when you stand before that crib. Expect the unexpected.” And that is certainly what the children find.

An intriguing aspect of the novel is the way it integrates historical places, themes, and facts into the plot. An enterprising home schooling mom could easily develop a unit on World War II with maps and a timeline. Historical fiction is a great way to expose children to history and spark a desire to research the reality behind the story.

The Secret of Glaston Tor is a promising beginning to what hopefully will be many adventures into the past with Matt, Luke, and Annie. I heartily recommend it for the teenager on your gift list. It’s available at Amazon.com or Glaston-chronicles.co.uk/ for $11.99 + shipping.

Thanks for that - hadn't heard of it before. And we live not far from Glastonbury - we went to the annual EF Mass in the ruins of the Abbey in September for Our Lady's birthday. Anyway, just bought it for my 14 year old! Thanks again. God bless you!

You can do no better than the Louis de Wohl books.....all are EXCELLENT, and he stays tight to the historical thread. I've grown closer to the Saints he's written about by reading his outstanding and timeless works.

I love his books too! They occupy a place of honor on my saints' bookshelf. When you can mix fictionalized saint stories with the biographies you know they're great.