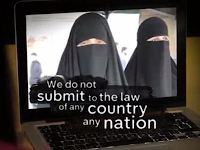 The latest Islamic terrorist attack in San Bernardino got me thinking about how these episodes are portrayed.

Have you noticed how, when any violence occurs even in the vicinity of an abortion mill, the media goes into a feeding frenzy? They profile all pro-lifers as crazed terrorists. What are the facts? Since abortion was legalized fewer than a dozen abortionists have been killed and, in more than one case, the murderer has been a mentally unstable individual with no connections to the pro-life movement at all. But that doesn't prevent the mendacious media working for the New York Times or the Washington Post from vicious slanders about those "extremist pro-life Christians!"

Compare that with the way they bend over backwards to avoid profiling Islamic terrorists as, well, Islamic terrorists. Immediately after revealing that the latest act of terrorism was committed by a devout Muslim, they bend over backwards pretending that Islam isn't Islam and that the believers are really "fundamentalists" who are betraying the "religion of peace." The real threat these mendacious reporters insist comes from pro-lifers who, because they oppose ripping babies bodies apart, stir up violence. I'm surprised they haven't figured out a way to blame pro-lifers for the latest atrocity in San Bernardino. But, give 'em time. No doubt they'll find a way even though the real comparison is between those who behead Christians and those who behead babies. Planned Parenthood is filled with domestic terrorists. If the babies could speak (as they will on Judgment Day), they would give articulate witness against the murderers of innocence. 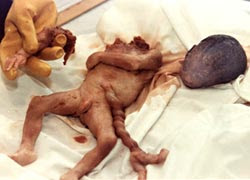 Your blog reminded me of a cartoon depicted the other day ... in the top picture is an angry Islam terrorist, holding a machine gun with rounds vested on his body and standing beside him is an elderly gent (maybe Harry) with "The Left" written on him while he is saying, "Let's not condemn a whole group for the actions of a deranged few." In the picture just below it is the same gent with "The Left" written on him and this time standing beside the recluse with a machine gun looking wide-eyed and mentally ill who shot people at the PP facility, while "The Left" gent is saying quite angrily, "Pro-lifers are complicit in MURDER! Thanks for all you do! God bless you and your family.

That's an honest cartoonist! Thank you for the "God bless" and I wish you the same. Let us pray for each other.