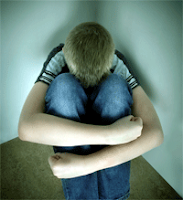 Editor's note: SB 1172 does not address pastors per se. It forbids all mental health providers, licensed counselors, etc. from engaging in reparative therapy or other efforts to help children overcome same-sex attraction. A number of other states (here, here, here, and here) have also introduced legislation banning conversion therapy. This definitely affects Christian mental health professionals among whom are pastors who are also licensed mental health professional. Not only that, but it stands to reason that if counseling minors to avoid acting on same-sex attraction is unethical and abusive as implied in all the laws, how can the state not intervene to protect the young from pastors and Church representatives who dare to commit the crime of telling children to resist feelings of sexual attraction toward same-sex friends? These laws which are proliferating around the country are the spearhead that will initially target and limit both the free speech of minors and mental health professionals, but will ultimately be expanded to engulf pastors, youth leaders, etc. Remember when abortion was only legal for the "hard cases?" That's how the liberal tyrants always begin and they always use children to accomplish their goals. The reality is that the gay and lesbian community wants to recruit children because it is their principal way of expanding. Even their language indicates how they prey on children. Consider the terms "chicken" and "chicken hawk." The state has become a pimp for gay activists who want no limits on their ability to recruit children into their perverted lifestyle.

On August 23, the U.S. Court of Appeals for the Ninth Circuit in San Francisco upheld California’s controversial Senate Bill 1172 that forbids licensed counselors and pastors from assisting youth who seek deliverance from their same-sex attractions. The law prohibits any counseling that would steer youth away from homosexual tendencies and actions.
According to the San Francisco Court, a Catholic priest who absolves a homosexual penitent and leads him onto a better path is now in violation of the law. SB 1172 is a clear and direct attack against conservative religious viewpoints, no mistake about it. Brad Dacus, President of Pacific Justice Institute, comments:
"We are deeply disappointed by today’s ruling because it represents a giant step backwards for religious freedom. A government that can tell a pastor what he can and cannot say during counseling is a government that can tell a pastor what parts of the Bible are off-limits. The court also reminded us today that this law lays the groundwork for further restrictions on parental rights."
Needless to say, the new law is null and void on the grounds that it seeks to intrude on a pastor's duty to counsel and correct the young about immorality. Christian duty will always supersede any law that stands in opposition to it, because we are "A Christian Nation" in which "Our laws and our institutions must necessarily be based upon and embody the teachings of the Redeemer of mankind." (Supreme Court Declaration, 1892)
Moreover, SB 1172 is in violation of the Establishment Clause of the First Amendment [Separation of Church and State] which was enacted to prevent to state from interfering with our religious liberty and activity. Separation of Church and State was not about keeping religion and civil law separate, but about keeping the state out of the Church's business.
What we're looking at is a travesty of justice—a farce. Here again we see lewd agenda impairing the judgment of our legislators and civil leaders. In the name of the law they break the law, just like the hypocritical Pharisees who condemned Christ in the name of the Law.
If the cancer of sodomy and sexual abuse is plaguing today's youth, it's because of these effeminate tumors [judges] that are producing it in the highest courts of our land. According to these "irrational beasts" (2 Peter 2:12,14), everything has to revolve around their shame, even to the point of making it the law of the land.
Shall California sin by respecting this deviation from justice? Have the magistrates of law forgotten St. Paul's warning about sex-offenders, who "leaving the natural use of the women, have burned in their lusts one towards another, men with men working that which is filthy," of whom he also says, "they who do such things, are worthy of death?" (Romans 1:27,32)
The new law makes no mention about advising elders, so we'll seize on the moment. Judges in the court, you are perverse! You have degraded your profession! If you choose to succumb to your subhuman aspirations, that's your problem, but it doesn't mean America is supposed to be like you. Do yourselves a favor and snap out of it, and if you can bring yourselves so far, repent, that God might have mercy and forgive your sins. For this we pray, but in the meantime, don't expect anyone to take SB 1172 seriously, because Christian America answers to a Higher Authority.
California Court Declares It's Illegal for Pastors to Advise Minors About Gay, Transgender Feelings - Breitbart

Posted by Mary Ann Kreitzer at 2:00 AM