U.S. Medicine in the Culture of Death: The Murder of Israel Stinson 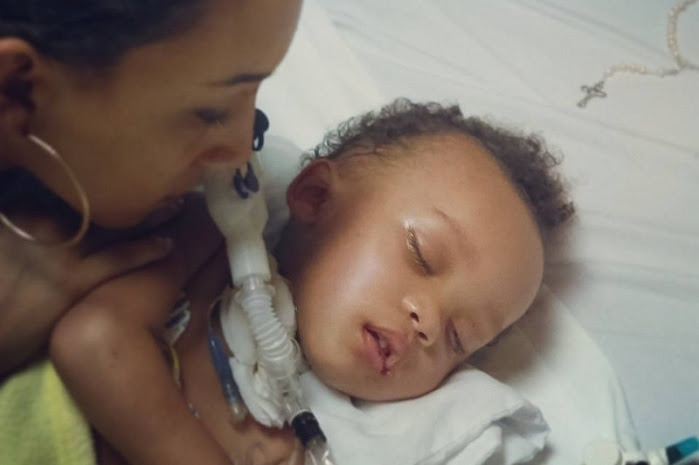 Hospital puts Israel Stinson to death after parents bring him back to U.S.

All these parents wanted was to get little Israel stabilized so they could bring him home and care for him there. Instead, the hospital agreed to accept the little boy for treatment, but apparently always intended to put him to death when he was back on American soil.

Wow! He got better care in Guatemala. This is what American medicine has become --
where doctors murder babies in the womb, kill off the injured by the bogus "brain death" definition so they can be "harvested" like pea patches for their organs, and urge sick patients to kill themselves because their medicine costs too much -- like the patients in Oregon who were denied prescriptions and offered assisted suicide instead.

As I look at our aging population and read all the stories about the transformation of palliative care into the "third path" to kill off the unfit, I shake my head over what American medicine has become. Why does it remind me of witch doctors and Aztec medicine men ripping out hearts? Maybe it's because that's exactly what they do. Oh...but it's always with the best of intentions.

St. Damien, who fought the pagan witch doctors on Molokai, please intercede for our perverted medical profession and those committed to killing  to solve social problems.

Think how different the outcome would be if the parents had given him his medicine when the same hospital told them in December that if they didn't he would suffer a fatal bronchospasm.

You've committed libel here by claiming Israel was murdered by CHLA. Have you even read his medical records and the court documents? Honestly, how dare you claim he was murdered?

Murder is the deliberate killing of someone. The hospital removed the ventilator with the specific intent of killing a child they considered brain dead completely disregarding medical evidence from another hospital. You can call it "letting nature take its course" or some other euphemism, but it's exactly what was done in the euthanasia program in Germany during WW II -- i.e., murder by medical neglect.