Where is the Next Stop for a Catholic Who Commits Suicide?

I have a friend whose sister died from ALS. From all the posts my friend put up, it was clear that her sister was courageous and used her sufferings to assist others until the very end. I found this video so sad because it's clear that Betsy Davis thought things out and was determined to, in the words of the song, "do it my way." Unfortunately, her way was nihilism, the denial of moral principles and the sense of her life with ALS being meaningless. How much this differs from the Catholic faith teaching the redemptive value of suffering.

Hey, I have no problem with the party -- when I'm dying bring it on. I'd love to have a big "wake" 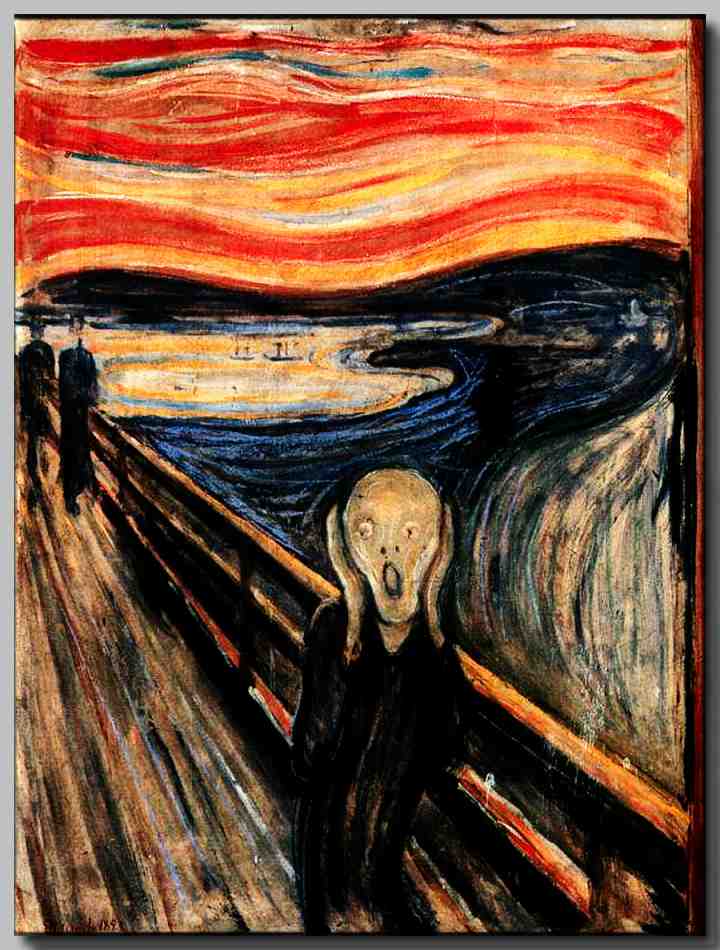 while I can still enjoy it. But I'm sure not going to kill myself at the end of the party. I'll leave instructions for another party at "wake II" when I'll really be awake (I hope, with the help of God's grace) in the arms of the Lord.

These high profile suicides of attractive young people give a big boost to the enemies of life. And the end result will be, not assisted suicide chosen freely, but the murder of those who refuse to check out early. Betsy Davis tried to portray her death as a "work of art." It's likely that as she met her Maker it became The Scream.

May God have mercy on us, especially Betsy Davis and other sick, deluded souls who usurp God's authority over life and death and call it freedom!

Have mercy on us, O Lord, have mercy.
Posted by Mary Ann Kreitzer at 3:30 AM

Great post. One correction you should incorporate: The Scream was created by Edvard Munch, o Vincent van Gogh.

Thanks for the correction. I changed the label to give the proper attribution.

I could say a few things here, comparing this poor deluded soul to my late husband Michael and the way he died.
But since I plan to go to Confession and attend Holy Mass and Adoration this afternoon, I had better keep my big mouth shut.
Suffice it to say that, in just a few short words, you have spoken my thoughts exactly.
Well said, m'dear. xo God bless...and pray for her soul as well as all others who choose this deadly path...