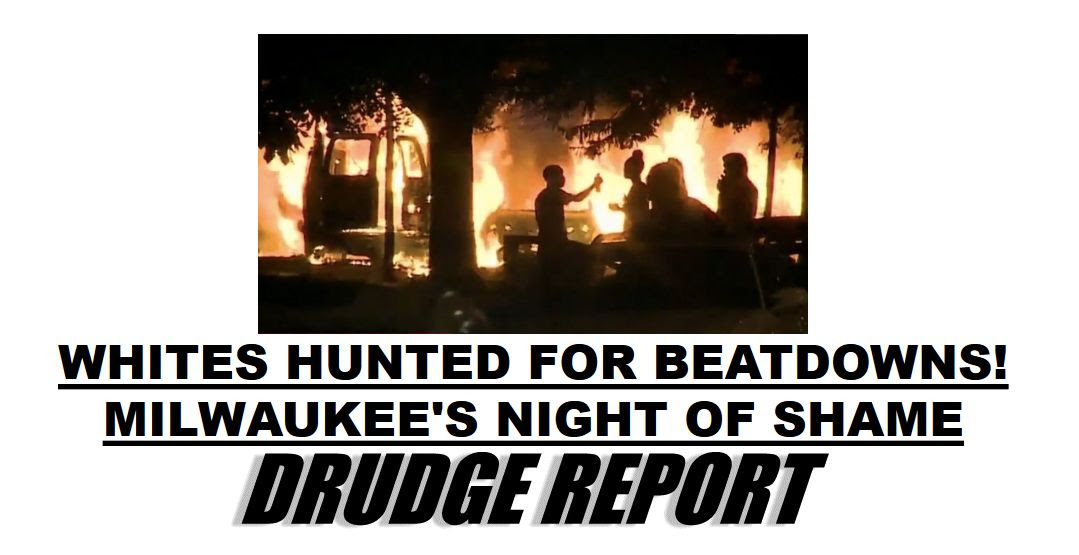 ...who, by the way, just happened to have an automatic weapon with 23 rounds in it.

But police aren't supposed to defend themselves these days, so... no surprise, the shooting resulted in an eruption of violence against the police.

As the second article says:

The problem is that neither the local rioters, the Black Lives Matter movement, nor the U.S. Department of Justice cares what actually happened in Milwaukee on Saturday. The locals are using the incident as an excuse to riot and attack police officers regardless of the merits.

Similarly, the Black Lives Matter movement can be expected to use the incident to incite anti-police sentiment, just as they continue to use the justified killing of Michael Brown who also attacked a police officers (Brown was unarmed). BLM protesters will continue to chant that they want “dead cops” and want them “now.”

It's all about creating chaos. The goal is the same as any totalitarian revolutionary movement: destroy the legitimate government and replace it with a socialist "utopia." The mob (like it did in the French  and Russian revolutions) becomes a tool of the elitists behind the movement. Black Lives Matters is funded by rich men like George Soros and by Foundations like Ford and Rockefeller and other leftist deep pockets. Does anyone really believe these groups care about black lives or white lives? They care about two things: power and money!

Pray for our police officers. They don't deserve the vilification they are getting. There may be a few bad apples, but most police officers are decent family men who care about their communities and protect us from the bad guys. Make them the enemy at your peril.
Posted by Mary Ann Kreitzer at 1:40 PM