Morning Thoughts on Acts of the Apostles 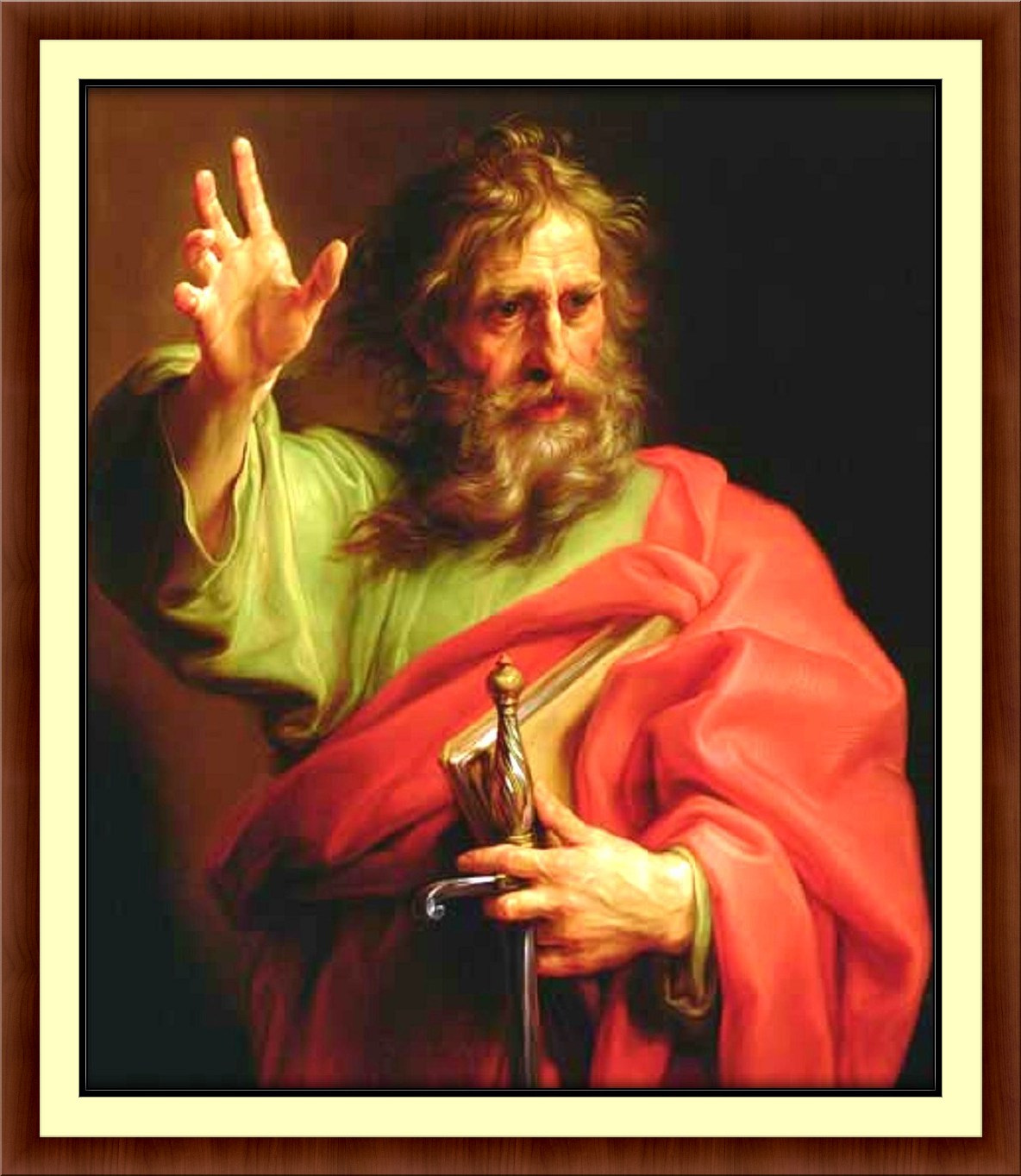 I've been reading Acts of the Apostles most mornings since Easter and it's amazing how relevant it is to
what's happening in our day. Paul's missionary journeys expose him to much of the same types of controversy boiling over here and now. People don't change. Envy, greed, and the other deadly sins operate today just as they did in Paul's time.

Consider Acts 19. Paul and his associates preach the gospel and the dissent from some elements is so vehement it causes riots! Sound familiar?

Think of the message of life, the message that God loves each of us from the first moment of our conception. What makes such good news about the value of every person so radical it causes THE LEFT to firebomb pregnancy help centers and send death threats to justices for saying Roe v. Wade was improperly decided?

Of course it was! The justices legislated the issue which is totally outside their function. They usurped the role of Congress and the states. They created a right to kill out of thin air overturning every state law protecting the baby in the womb. They even controlled what could be done in each trimester of pregnancy. The law was a breathtaking overreach that ignited what has been the most divisive issue in the history of our country.

The Alito draft decision defends the truth. It doesn't outlaw abortion, but removes the court from legislating on the issue and sends it back to the states. Many, maybe most, who are rioting and making violent threats against the judges, have never read the decision. They simply want to force the court to do their bidding based on a narcissistic demand that they have the right to kill another person in order to live as they wish. And now, the right is even being demanded to kill the little one after birth.

On numerous occasions, Paul saw the same kind of selfishness and greed. People rejected the message, often violently.  At Lystra Paul was stoned by Jews from Iconium and Antioch who pursued him there, even to the point they thought he was dead. They were determined to shut him up no matter what. Sound familiar?

For his part, often when people rejected the word of God, Paul shook the dust off his feet and moved on. People haven't changed much. When Paul threatened the livelihood of the idol makers, they raised up a mob. Today when God's word of life is proclaimed, the idol worshipers demanding their right over the life and death of others rise up demanding mob rule.

Frankly, I think we ain't seen nothing yet! If Roe is overturned the violence from THE LEFT is likely to see the George Floyd riots look like a marshmallow roast.

Read Acts, pray the rosary every day, ask St. Paul's intercession to speak the truth boldly, and rejoice to know the truth that life is beautiful even the lives of the raging mob who hate us. Pray and fast for their conversion. Join those who help women in crisis pregnancies.

Imagine the reward in heaven for being an instrument to save even one life!

First of all, we should stop using the term "abortion".

We lose so many cultural fights because we give the initiative of language to our enemy.

Abort def: "bring to a premature end because of a problem or fault". (Oxford)

Accepting that definition in regards to "terminating a pregnancy" precludes ever explaining why such a thing is wrong. It aligns with the self-centered assumptions of the violent: end a thing due to a "problem", "fault" ... fix it and make it right.

This does not capture the moral imperative of our cause for life.

Murder def: "the unlawful premeditated killing of one human being by another".

Pre-natal murder is a fitting descriptive for our purpose. That aligns with reality: not a "problem"; not a "fault" - a life, sacred in and of itself.

And so, like St. Paul, we must precisely define our terms and insist on them in our debates with the pagans on our own "Areopagus Hill", our Mars Hill.

We come from God at birth - made in His image and likeness, we are sustained by God in life, we are responsible to God for our life, we go to God at death to give account for our time. And so ... therefor ... all human life is sacred - in and of itself.

Those who have committed pre-natal murder, (not, "had an abortion"), along with those who support such takings of life, pre-natal murder, have already shown the,selves to be violent in support of their own selfish interests. It is a very small step, only the sub-conscious remnants of Christian morality restrain them if at all, only a tiny step from violence in the womb to violence outside - in support of selfish interests. Violence, murder of the helpless unborn is a most heinous act. And that leads easily and simply to further violence - to the extent internal assent is granted by the spirit to violence and murder,

It is demonstrable and an essential part of the pro-life argument which is essentially the argument for peace and tranquility. There can be none until the acceptance of injustice of pre-natal murder is ended. "No justice, no peace", as it were.