Attention Oregon - When the Animals Start to Act Strange, Head for the Hills! 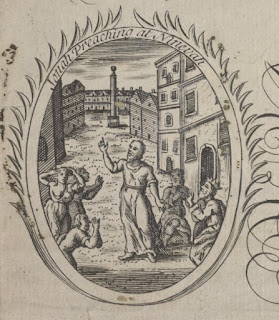 Fears grow as seismologists warn massive earthquake could hit US northwest coast within 50 years
The big one is coming and are we really surprised that it's going to hit Oregon, the death capitol of the country? Oregon is one of the few states in the country that allows physician-assisted suicide, but it is also one of the most liberal on all social issues. There is no doubt that liberalism kills. It especially kills the soul. And this country is the Land of Loony Liberalism on steroids!

Remember Jonah? He went to Nineveh and walked from one end of the city to the other warning the people that the Lord was going to destroy the city in three days. What happened? The people repented in sackcloth and ashes. The disaster was averted.

Could that happen in the United States? Of course. But the U.S. doesn't seem too interested in repenting. Something like 20 million people on Facebook celebrated sodomite marriage by putting the sodomy rainbow on their profiles. How do you think God liked that? It was He who designed marriage between one man and one woman creating a union of love for the creation of children and their upbringing. It's His book that describes what happened to the city that gave sodomy its name.

Personally, I fully expect to see an increase in natural disasters in the United States. You can't flip off God without serious repercussions. I hope all believers will imitate the little children of Fatima who offered all the sufferings that came their way for poor sinners and made many heroic sacrifices to save sinners from hell. We can mitigate disasters by our prayers and sufferings. Please pray for our poor, distressed country.

O Mary, conceived without sin, pray for us who have recourse to thee.
Posted by Mary Ann Kreitzer at 10:09 PM

Labels: Cascadia Subduction Zone, megaquakes, natural disasters as punishment for sin, the big one in Oregon

And when the disasters of Divine Judgment happen, they'll be blamed on 'climate change', so that even more govt. control and theft can be advanced....and the vatican will lend support in the evil cause. What a time we're in. Kyrie eleison.