Reflection on Independence Day: What is there to Celebrate? 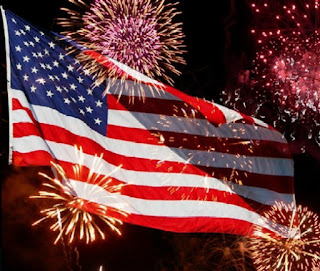 As I think about our country and its founders on this 239th anniversary of the Declaration of Independence, I wonder what we have to celebrate? Certainly not our government's honoring the beliefs of our founders. Our political leaders and the courts, especially the Supreme Court, have turned upside down everything in which the men who signed the Declaration believed.

The Bill of Rights is in deep trouble. Freedom of Religion is a joke. The powers that be have said we are free to worship in our churches, but they've locked the doors to keep us inside telling us not to bring our narrow-minded opinions into the market place. And certainly we may not exercise our moral values on the job. Christian nurses and doctors have been fired for refusing to participate in abortions. Christian photographers and florists and bakeries, you better provide services for sodomite marriages! Teachers, don't you say a word against sex ed or sodomite marriage or the gay-straight alliance. Sure, you can have moral values as long as you shut up about them.


And then there's freedom of speech. They haven't started arresting us yet for "hate speech", but the pressure to be politically correct is extreme. And liberals are working overtime to rewrite history in any number of ways. Burn the Confederate flag, ban it from society, no vestige of pride in southern heritage allowed. When a historical site like Gettysburg removes the confederate flag from its shops, a flag carried on that very battlefield, you know we are living in the 1984 culture where unpopular FACTS get dropped down the memory hole and history is rewritten. Yes, freedom of speech is dying. How long before blogs like this are removed by Google because they are "filled with hate." Facebook has already gone after some members.

The fourth amendment is de facto gone. The government has no problem allowing bureaucrats to spy on and examine our private information without probable cause or a warrant. Our president has violated the fifth amendment murdering U.S. citizens with drones without an arrest or trial.

The tenth amendment that is supposed to protect states' rights has been consistently ignored and the states made lackeys of the Federal Government. State laws are routinely overturned by activist courts.

All the checks and balances built into the Constitution have proved no protection against the onslaught of an out-of-control federal tyranny.

So what is there to celebrate tomorrow?

God and family. No matter how far this country's leaders drifts from its roots, I can work to dig my own roots deeper into the word of God and I can express my love and faithfulness for my family. This country may fall, rotting from the inside like the massive Roman Empire, but the Kingdom of God among us goes on as long as we are filled with the Holy Spirit.

So let's follow the advice of Padre Pio. "Pray, hope, and don't worry." And then fight with all we have for God and family.
Posted by Mary Ann Kreitzer at 10:24 PM

Labels: 4th of July, constitution, Declaration of Independence, what is there to celebrate

By fighting for God and family, we ARE fighting for our country founded under God - A Vietnam War Navy Veteran

I believe it is "What is there to celebrate?"

I'm not celebrating anything today. I'm fasting and praying for this country; for my family; and for myself. God knows we need it (as Peter Kreeft would say: I mean that literally, not profanely. *God knows* we need it).