The Secular Media is Ignoring the Planned Parenthood Scandal, but Where is the Catholic Media? 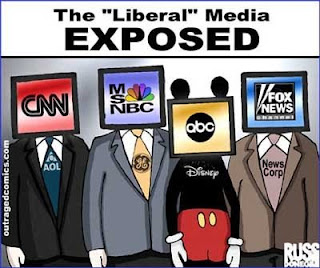 Is it any surprise that the secular media is ignoring the Planned Parenthood scandal. Hey, they're in bed together! They are champions of abortion and would never raise a squeak to endanger the abortion giant they love. Here's a great article by Joseph Schaeffer, Why News Corporations Protect Planned Parenthood that connects the dots between PP and its cheerleaders.Schaeffer describes "an elaborate network of personal connections, business ties and charitable foundation links between Planned Parenthood and a stunning number of major media outlets, including all four of the major television networks." Many corporations (Disney, Ford, AOL, etc.) that own media outlets provide protective cover for Planned Parenthood. So is it any wonder that 70% of Americans are clueless about Planned Parenthood's baby body part salesl? Not hardly.


But what's really shocking is how many CATHOLIC news outlets and dioceses are ignoring and suppressing the truth, and even condemning the Center for Medical Progress for carrying out a sting. Oh the hand wringing over carrying out an operation where they did not provide full disclosure up front. "Hi, Doc, we're here to uncover the truth about your dirty little human trafficking gig. So just turn slightly so we can get your best profile on the hidden camera."

According to Robert Royals at The Catholic Thing, most of the major dioceses in the country have been silent or written very little exposing the horror of what Planned Parenthood is doing. Silence about evil, one should remember, indicates consent. Wuerl of D.C. hasn't said one word or had anything in the diocesan paper -- no surprise to those who've followed his career (and I do mean "career") over the years. The Archdiocese of New York has also been almost completely silent. Chicago's Cupich raised pro-life ire when he drew moral equivalency between the dismemberment of babies and selling their body parts with theft, hunger, and joblessness. How morally tone deaf can you be and still pretend to be a moral leader?

One would like to believe that, if no one in the secular world cares about the little ones in the womb, the Catholic press would at least keep beating the drum to warn our society of the chaos to come from this evil. But where are they? Is your diocesan paper keeping the spotlight on the horror? Or was it one week wonder, now back to the parish picnics.

The old news motto, "If it bleeds, it leads," doesn't seem to apply when the blood belongs to the little voiceless ones -- which is why those of us in media alternatives need to keep hammering on this. If we don't, who will?
Posted by Mary Ann Kreitzer at 9:03 PM

"Right, well his silence is broken, but no action is being taken? The USCCB blog said that Cardinal Dolan, will take over the leadership of the USCCB Pro-Life from Cardinal O'Malley this November. Cardinal O'Malley gave a statement and Archbishop Kurtz gave a radio interview (both on the USCCB website) that were about the speed of a whiffle ball. However, none of the 3 have given directives on what could or should be done at this moment. Where is the outrage from those who are ordained? Why do we not see leadership from our Shepherds? This isn't rocket science. Why do we not see an immediate announcement that every Bishop commands their parishes to have a Holy Hour, following Mass, and all available Parishioners then head to the Planned Parenthood abortuaries for prayer...the entire rosary (all 4 mysteries). A holy, concerted effort on the part of the Church Militant lead by our Shepherds isn't that complicated. This is Margaret Sangor's Planned Parenthood--recall she was a racist, eugenicist, and received a "bravo" from Hitler in the 1930s."