Words of Wisdom from One of My Favorite Catholic Writers

Walker Percy wrote this comment in an essay called Why Are You a Catholic in the late 80s which is why his abortion figure is way too low. You can read the essay in a book of his essays published posthumously in 1991 called Signposts in a Strange Land. 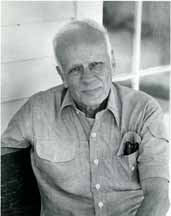 Americans are the nicest, most generous, and sentimental people on earth. Yet Americans have killed more unborn children than any nation in history. ... It is not "horrible" that over a million unborn children were killed in America last year. For one thing, one does not see many people horrified. It is not horrible, because in an age of theory and consumption it is appropriate that actions be carried out as the applications of theory and the needs of consumption require.

Percy's comment is especially ironic in view of the recent outcry over the "horrible" shooting of Cecil the lion. The press has spent many times over the ink on Cecil than on the recent expose of Planned Parenthood's callous brutality. Many Americans have sentimentalized Cecil to the point of absurdity, but they have nothing but indifference for the little one in the womb literally ripped limb from limb as we've seen in the videos released by the Center for Medical Progress.
It is a question of "consumption." The parents aren't saddled with an expensive, little brat, and the abortion mill double dips by charging for the abortion and selling baby body parts. "But you love babies, you say." Show me your actions to end abortion: your prayer and sacrifice, your donations to crisis pregnancy centers, your voting record eliminating those from consideration who support the murder of the innocent.

Think about it, you sentimental Americans who cry over beached whales and pay for blood transfusions and expensive surgeries for your cats. Can't you spare a few tears for the little one in the womb waiting to be born and welcomed by loving arms. Won't you hear the "silent scream" of babies being violently tortured and murdered and come to their assistance?

Let us all pray for our hard hearts to be changed that we ourselves might be welcomed into heaven on Judgment Day hearing the Lord say, "For I was hungry and you gave me food, I was thirsty and you gave me drink, I was a stranger and you welcomed me, I was naked and you clothed me,..." (Matt 25:35-36) And let's exchange maudlin sentimentality for truth, love, and justice.

I'm appalled at my complacency and the complacency of our society to have allowed this evil. I feel completely powerless.

It's not too late, Terry. I'm sure there are abortion mills in Detroit that have sidewalk counselors actively trying to save babies. If you don't want to counsel, you can join the rosary support. I used to go every Saturday for years when I lived in Northern Virginia. I have some photographs of beautiful saved babies. Now distance and health issues make most of my my pro-life work witnessing with the pen.

One of the great things about the sidewalk counselors and their support group is how wonderful they are. The closest friends I have, friends of the heart, are those who had the same burning zeal to save the least of God's little ones.

Of course if you can't go to the death chambers there are lots of other ways to witness and help. http://lesfemmes-thetruth.blogspot.com/2013/12/record-87-abortion-mills-closed-in-2013.html