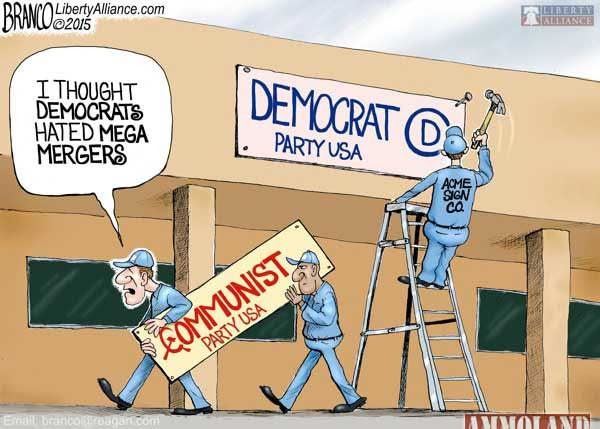 Keep in mind, folks, as you watch the videos below, that these strategies are exactly the kind of mob actions fomented by the Communists and Alinskyite socialists. Note in the second CNN video that the thugs organizing the actions are now claiming it was all just talk, but there are individuals in the videos who were the actual agitators.

O'Keefe is exposing the underbelly of the beast. The media is mostly ignoring it, but as the videos continue to be released that will be more and more difficult.

Let's make all of this go viral. Watch and share these videos. Expose the corrupt Democrat machine for what it is -- a bunch of thugs who will go to any extreme to accomplish their goals including rigging elections by registering the dead and busing "voters" from one polling place to another to vote multiple times.


Two thumbs up for James O'Keefe! Also note, that, like the videos about Planned Parenthood's baby body parts sales, they are now targeting the undercover journalists. Watch how CNN tries to discredit O'Keefe about "editing" which is exactly what they did to David Deleiden of the Center for Medical Progress.

Posted by Mary Ann Kreitzer at 9:09 AM

The Internet can be used in a positive way, allowing people who search for the truth to actually see what is going on behind the manipulative news feed diet of poisonous agenda that we have been force fed thought our television screens.
St Elizabeth Ann Seton said ,"One day Satan will enter homes to destroy souls through a black box."

Television is controlled. Only six corporate individuals own the news media we watch. The Internet (for now )allows
Individuals of Faith to express the Truth while it also allows those who are proponents of lies and filth to also flourish.
But at least the choice is more in the hands , minds and hearts of the individual, who has the ability to make more informed decisions.
For now.