States' Rights: The Last Bulwark against the Evil Empire! 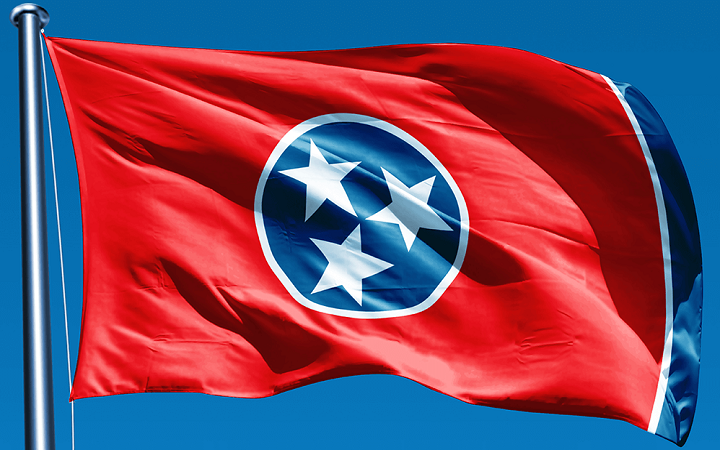 Barack Obama has been using his pen and his phone for eight years working to transform our country into a one-world global community marked by perversity and "diversity." Hillary hopes to continue the demolition with immigration as the beachhead promising a range of goodies to by votes, goodies that we cannot afford and cannot sustain. How many states now have areas infiltrated by Muslim "refugees" demanding recognition of their religion in the schools and calling for Sharia Law?


At least one state is fighting back. The Tennessee state legislature recently selected the Thomas More Law Center to "represent the General Assembly and the State of Tennessee in a constitutional challenge to the federal government’s refugee resettlement program as a violation of the Tenth Amendment to the U.S. Constitution. As a public interest law firm, TMLC will represent Tennessee without charge."

What does the 10th Amendment say?


The powers not delegated to the United States by the Constitution, nor prohibited by it to the States, are reserved to the States respectively, or to the people.

A press release outlining the fight describes the lawsuit:


The Tennessee General Assembly, by overwhelming majorities in both the House and Senate, passed Senate Joint Resolution 467 (“SJR 467”) during the 2016 legislative session. The Resolution authorized legal action to stop the federal government’s violation of the Tenth Amendment to the U.S. Constitution because it impermissibly commandeers state funds to finance a federal program.

State Representative Terri Lynn Weaver, commented, “Of all the legislation that I have worked on, this by far is the most important. The only way we can get back to our Constitutional Beginnings and the intent birthed by our Founding Fathers is to go and take it back.  We are looking forward to linking arms with the Thomas More Law Center for the long haul to regain sovereignty for our great state.”

Senate Majority Leader Mark Norris, added, “At issue is state sovereignty. Our rights and responsibilities under the Tenth Amendment to the U.S. Constitution and the Tennessee Constitution are at stake. We seek a declaration of these rights. Indifference to our constitutional rights is indifference to our duty. We are not indifferent.”
Richard Thompson, President and Chief Counsel of the Thomas More Law Center, commented, “It’s an honor to represent the state of Tennessee on this significant constitutional issue. Supreme Court Chief Justice Roberts observed, ‘The States are separate and independent sovereigns. Sometimes they have to act like it.’ We intend to follow that advice on behalf of the state of Tennessee in our lawsuit.”
Tennessee officially withdrew from participation in the refugee resettlement program in 2007, after which the federal government designated a private, non-governmental organization, to administer the program.

Currently, state funds that could otherwise be used for state programs are in effect appropriated by the federal government to support refugee resettlement rather than to support Tennesseans. This arrangement displaces Tennessee’s constitutionally mandated funding prerogatives and appropriations process.

The Founders of this great nation never imagined the central government riding roughshod over the states like the evil empire in Star Wars. It's high time the state rebellion struck back against the unconstitutional overreach of these tyrants. They have no right to commandeer the taxes of the people of Tennessee to fund a federal program that is undermining the country.

As is happening in Europe, the "refugees" for the most part are young Muslim men of military age who have no intention of assimilating, but are part of a program of Muslim conquest by infiltration. Read Hasta la Vista, Europe! to see what's coming to the U.S. if the globalists have their way.

Here is the demographic truth about what is happening to Europe. Western civilization, responsible for the great cathedrals; composers like Mozart, Bach, and Beethoven; of artists like Michelangelo, Titian, Murillo, El Greco; of great literature: Shakespeare, Chaucer, Dickens, Goethe; is dying. The Judeo-Christian culture of the West is on the chopping block and Islamic conquest is, short of a miracle, inevitable.

Watch the video below about demographic reality and wake up! This is what abortion and the anti-family secularists are giving us. The world in one generation will be a very different world from the one today's adults grew up in. Wake up, America! Your vote on November 8th matters. Pray for a restoration of our Christian culture. May Tennessee's action be the warning trumpet to a society seemingly bent on self-destruction. Read the history of Lepanto if you want to know what Islamic conquest means: the rape and enslavement of women, the suppression of every religion but Islam, death to homosexuals and Christians, exploitation of children, and a brutal system of law that favors Muslim men. Wake up, America. It's coming to a city or town near you!

https://www.youtube.com/watch?v=pOXdh8OgXlM&feature=youtu.be
An absolute must watch
above....just amazing that our DoJ allows the diversion of monies to the Communist Workers Party !!