Thought for the Day: Some Things Never Change! 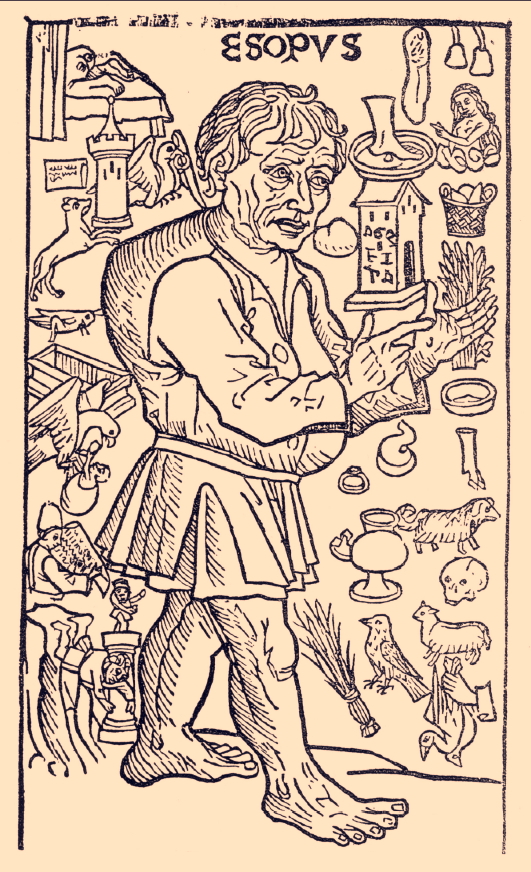 Well, that is certainly true, eh? Look at all the thieves and scoundrels ruling us for the past eight years as a start!

Aesop certainly was a man of common sense. Read about the life of this ancient Greek storyteller here. Have you read the fables to your children? They all have a moral that encourages virtue and sensibility which just goes to show that many pagans were more moral than many who profess to be Christians today. That's one of the reasons that St. Thomas Aquinas was an Aristotelian. He saw the truth in the pagan philosophers and their ordered thinking. Would that more people today could think as rationally as the pagan Greeks. did and recognize the "wolves in sheep's clothing."

Consider the many sayings and expressions that come down to us from Aesop: sour grapes, crying wolf, belling the cat, heaven helps those who help themselves, there's strength in unity, look before you leap, act in haste repent at leisure, one swallow doesn't make a summer, take care of the little things and the big things will take care of themselves, honesty is the best policy, wolves in sheep's clothing, it all depends on your point of view, don't count your chickens before they're hatched, set your sails with the wind, might makes right, fair weather friends, etc. Aesop was definitely a smart and clever man!

What's your favorite fable from Aesop?