"Woe to those who call evil good and good evil." Isaiah 20 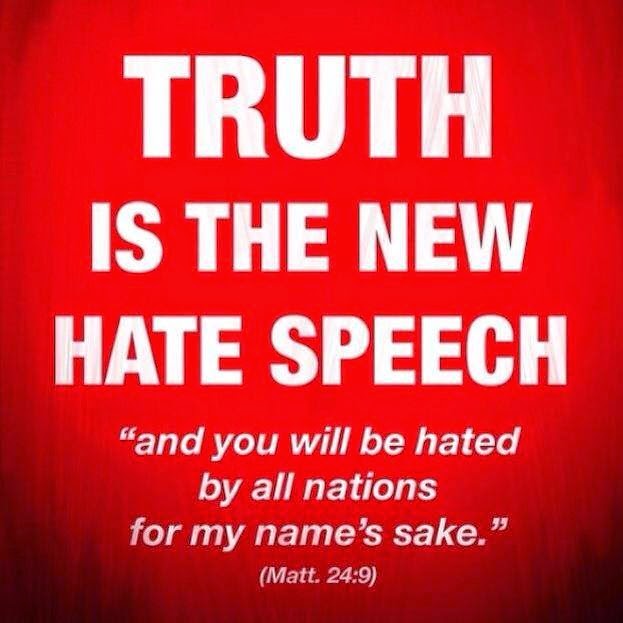 The Wikileaks dump continues to expose what we all know about the Democrats. They are anti-Catholic and anti-Christian to the core. The recently released emails mocking Catholics, the attack on the Little Sisters of the Poor trying to force them to cover abortion and contraception in their employees' health insurance package, disparaging remarks about religious people clinging to their bibles and their guns, Hillary Clinton's statement that religious beliefs must be changed to conform to her radical abortion agenda, and Tim Kaine's insistence that the Church will "evolve" to accept same sex "marriage" -- all show exactly what Democrats, including Catholic Democrats, think of those "bad" Catholics who actually accept and defend Church teaching.

To be honest, Democrats love some Catholics just like the Communists loved useful idiots and fellow travelers who supported their evil agenda. So when the nuns on the bus attack Republicans and the head of the Catholic Hospital Association, Sr. Carol Keehan, is in the tank for Obamacare they are all for Catholics. They love Catholics for Choice and all the religious Alinskyite groups shilling for their agenda; and, of course, their apostate allies like Tim Kaine, Joe Biden, Nancy Pelosi, Kathleen Sebelius, and all the other Catholic politicians, Catholic celebrities, and Catholic reporters shilling for them. They happily heap accolades on the heads of any Catholics willing to trade their faith for the party line, calling them "devout" for rejecting everything the Church stands for.

At the same time, the Democrats vilify "good Catholics" who actually believe and practice what the Church teaches, since they are "bad Catholics" in liberal speak who must be marginalized, insulted, called anti-woman, haters, and homophobes while those who champion abortion and contraception, endorse sodomite relationships, and promote assisted suicide are the enlightened ones. The rest of us need to be reprogrammed to accept moral relativism as the new Catholicism. Democrats believe (or pretend to believe) that any personal choice from the smorgasbord of their liberal agenda, no matter how evil, would be endorsed by Jesus Himself. Their idea of "conscience" is "I did it my way."

Sadly, many secularized Catholics are happy to join the liberals' chorus calling "good Catholics" "bad Catholics" for being intolerant and unmerciful and filled with hate. Real Catholicism must be suppressed and, no doubt, if Hillary becomes president every effort will be made to criminalize moral standards as "hate speech" which has already happened in Canada where a minister can go to jail for quoting the Bible.

One journalist (If I can use the term loosely.) actually wrote a book called Good Catholics:The Battle Over Abortion in the Catholic Church. The author Patricia Miller, is a self-described "lapsed Catholic" who is pro-abortion. While I haven't read the book I've read the synopsis and its clear that she sets up a bogus scenario of the bad old bishops against the good Catholics working for "choice" including the George Soros-funded Catholic front group, Catholics for a Free Choice (now Catholics for Choice). Cecile Richards of Planned Parenthood endorses the book along with MS Magazine, National Catholic Reporter (or the fishwrap as real Catholics describe it) and apostate Rosemary Radford Ruether, a leading Catholic feminist exposed by Donna Steichen in Ungodly Rage, an invaluable resource for understanding how apostate Catholics assist the Democrats' godless agenda.

The only Catholics who will be welcomed in the globalists' brave new world will be the liberals "good Catholics." Those who cling to their Bibles, the authentic sacred liturgy, and holy tradition will be vilified and may, as Cardinal George warned, find themselves imprisoned and eliminated. But persecution is never the end of the story. It always renews the faith. So be a "good Catholic" in the eyes of Christ which means cling to the doctrine of the faith as taught through the millennia. Study the teachings of the Church, the lives of the saints, and imitate the mother in the Old Testament who told her seven sons to choose death rather than worship anyone but the one, true God.

May Jesus Christ be praised, now and forever.
Posted by Mary Ann Kreitzer at 10:30 PM

It will be interesting to see how these revelations affect the useful idiots in the Catholic Church. They usually suffer from a malignant case of pride.