It's the Democrats Trash Politics of Character Assassination!

The Trashing of Judge Roy Moore

I really urge you to read the article. Roy Moore is a victim of a concerted effort to use any lie or innuendo to prevent him from becoming a U.S. Senator. The Democrats foam at the mouth over him because of his Christianity and support for traditional values, and the establishment Republicans hate him almost as much. In Virginia the establishment helped deep-six both Ken Cuccinelli when he ran for governor and Bob Marshall in the recent election for state delegate against transgender Dan(ica) Roem. They hate anyone, particularly Christians, whom they can't control.


Judge Moore was trashed as a judge for daring to stand by moral values that were normal and common in this country less than fifty years ago. They keep knocking him down, but because of his character and integrity he just keeps bouncing back up again like one of those punching bag toys.

Expect the stealth attacks, the innuendo grenades and the lying op-eds to continue. And the sickening hit pieces like one snide article on HuffPo about the ten commandments at the mall that included "Thou shalt covet they neighbor's daughter." The leftists who shrug and wink over sex abuse by their cronies are salivating over unproven he said - she said accusations that certainly less serious (even as accusations) than Bill Clinton's rape of Juanita Broadrick.

But the truth doesn't matter here to these folks. The disgusting and depraved Democrats and their allies among the Republicans like Mitch McConnell will use any tactic necessary to "bork" a candidate who defends traditional values and the Constitution.

There is not one bit of proof that Judge Moore committed the acts of which he's been accused. The yearbook looks like a fraud. Both the women accusing him claim they kept his assaults secret because they didn't think anyone would believe them. At the same time they claim it was common knowledge he was bothering teenage girls at the mall. (Leftists always oversell their story.) Now THAT is a head scratcher. If everyone knew Judge Moore was after the girls, why wouldn't everyone believe the girls when they claimed he attacked them? Of course they would! 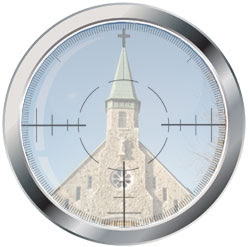 It's all just too timely and convenient and too long ago to really prove which is part of the strategy.
This all reminds me of the filthy artist who smeared an image of the Blessed Mother with dung. That's what they're doing to Roy Moore and that's just how much they hate Christians!

I'm confident that when all the smoke clears and the dust settles Judge Roy Moore will be the next Senator from Alabama.

Please pray for him and for our poor country where this kind of character assassination is standard operating procedure by lying leftists. All of us who love God, family, and country are in their crosshairs.
Posted by Mary Ann Kreitzer at 7:00 AM

I heard the accuser has no work record of ever having worked at that restaurant and people who did work there say they don't remember ever seeing Roy Moore as a patron, nevermind a regular patron.