Sometimes you just gotta laugh -- So do it and then pray for the pope! 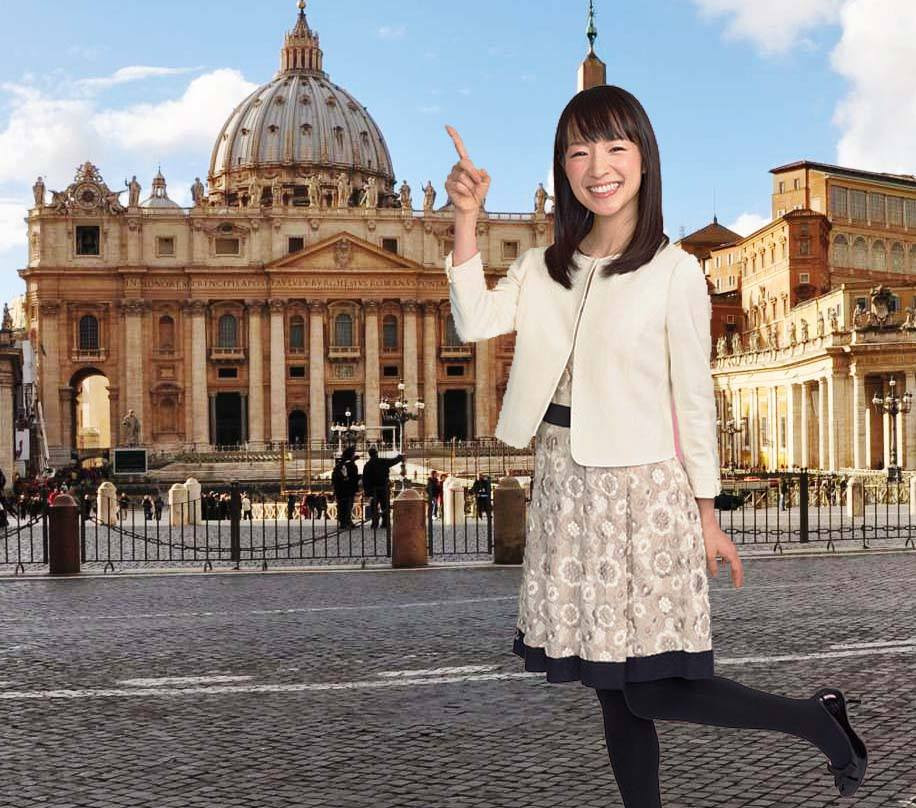 Eye of the Tiber had a hilarious post yesterday and since laughter really is the best medicine when you feel like crying over the state of the Church, I offer EOTT's post as a medicinal survival prescription. They prove that satire is still possible in the crazy times we live in when the entire culture seems like a satire! Isn't it sad when so much of what our pope does seems like satire?
Pray for the pope! The best thing that could happen is for him to return to the faith of our fathers. [Hat tip to my masked friend, Sweat, who alerted me to this post.]

Marie Kondo Called In To Help Tidy Up Vatican; Gets Rid Of All

Telling reporters that he brought in world-renowned organizing consultant Marie Kondo to help consolidate and clean up the Vatican, likely antipope George Bergoglio said Friday that he was now feeling “much better” after decluttering the city-state of all but five of the bishops, including the likely Pope, Benedict the 16th!
“Most homes have a few years, maybe a decade’s worth, of clutter to get rid of, but here at the Vatican, we have 2,000 years’ worth of this stuff that’s just been lying around,” Bergoglio told the press, adding that, along with nearly all of the bishops, priests, nuns, and deacons who he was finally able to get rid of, because they didn't bring him a spark of joy, virtually every statue has also been “discarded”, except - of course - the one of Martin Luther...his favorite.  [Read more at EOTT]
Posted by Mary Ann Kreitzer at 11:11 AM

Historically people have prayed for the pope that he would be protected from evil and given the wisdom and courage to shepherd us.

That was when we had reason to imagine the man in white was an honest and holy man.

What do we do when that assumption has little if any basis. Today I pray for the Church. I pray for the preservation of the papacy established by Christ when he put Peter in charge. I pray for holy men to teach and lead us to truth.

I pray God will deliver us soon from this man in the Vatican who is a communist and a heritic.

As with all who are excommunicated, the hope is that Bergoglio will be converted. But I won't waste my breath at this point to pray for someone who is leading the world to hell.

Several times each day, I recite the Prayer of the Fatima Angel, 'My God, I believe, I adore, I hope, and I love You. I ask pardon for all those who do not believe in You, do not adore You, do not hope in You, and do not love You.' I say it three times ad add, 'Especially for our Holy Father, Francis, ad all the Bishops and Clergy who have fallen away from the Faith'.

What a great addition to the Fatima prayer. Thank you. I'm going to write it down and put it in my Magnificat.