Make Atonement for the Blasphemy of Idol Worship at the Amazon Synod!

Watch the video! That's what the pope and the bishops attending the Amazon Synod should have done when the Pachamama idols were brought on the scene, surrounded, venerated, and actually worshiped by the circle of people including a Franciscan.

Please don't try to explain this away. The body language of lifting up your arms and bowing down to the images of Pachamama and the earth are clearly postures of WORSHIP! How many of you bow down like that to your garden gnome?

Fr. Hugo Valdemar gets it! There are many in the Church who've been promoting this earth worship FOR YEARS. But now it's moved into the holy city itself. Thank you, Fr. Valdemar.

The pope should have acted like the good priest. Instead, he and his group of false ecology-worshiping brethrenis allowed and participated in and approved idol worship by their silence!

Ironically, Catholics get accused all the time by Protestants who say we worship statues And in this case, they have it right. Clearly what these folks did was worship Pachamama and Mother Earth, i.e. Gaia. This has been going on for years among the raging feminist nuns who replaced Christ long ago with New Age idols. But it was a first (as far as I know) for a pope and princes of the Church to participate in such a pagan ceremony.

There are many models for this behavior in the Bible. Aaron made a molten calf by melting down the gold jewelry of the Israelites and then he enthroned it for worship. Many pagan kings demanded idol worship and their persecutions are described in the books of the Old Testament. How many Israelites chose apostasy rather than face death like the mother and her seven sons in 2 Maccabees. She urged her sons to die rather than accede to the evil demands of Antiochus IV Epiphanes, one of the cruelest tyrants in history! 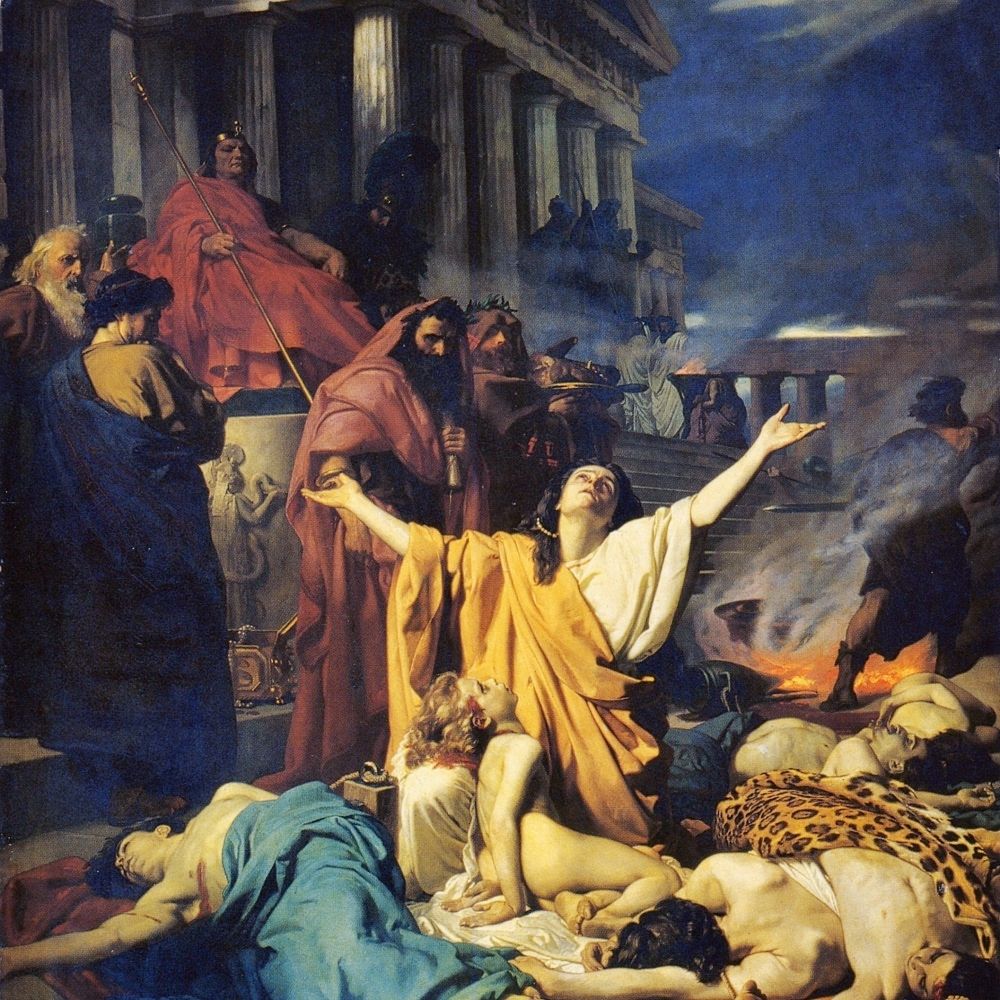 Catholics do not bow down to animals, images of Zeus or Jupiter, or any other false gods. We reserve our worship for the Lord of the Universe. We prostrate ourselves and bow down to Christ in the Eucharist. When has a Catholic ever prostrated himself before a statue of Mary or one of the saints, much less an animal? Bowing to the ground is reserved for Christ the King alone!

But what happened after the blasphemy in the Vatican garden? The idols were take to churches in Rome and set up like exhibits in the market place. At Santa Maria in Traspontina Church, synod participants enthroned Pachamama  (as the abomination of desolation described in Maccabees perhaps?) and proceeded to bow to her, some having their backs to Jesus in the tabernacle.

Now some Catholics are saying any criticism of this is an "attack on the Holy Father" from his "enemies." I'm completely baffled by that. Was St. Paul the "enemy" of St. Peter when he challenged his scandalous behavior at Antioch? Was Moses the enemy of the Israelites and Aaron when he rebuked their worship of the golden calf?

The true friends of Pope Francis are those who challenge what is clearly grievous and scandalous behavior on his part. Bishop Athanasius Schneider models true friendship. His recent book represents the most charitable action a bishop can take with a brother bishop who is pursuing the wrong path and scandalizing his sheep.

Reparation is called for big time!

We need to practice it personally through prayer and fasting. We also need to beg our shepherds to offer Masses of reparation for the abomination of the synod. It not only publicly displayed sins against the First Commandment by placing "strange gods" before the Lord. But many of the bishops advocated a syncretism that puts the pagan practices of the Amazon on par with Christian worship.

Real Catholics must, like the Maccabees take up arms (the rosary and the Eucharist) and defy the abomination of desolation!

Francis isn't the first pope to commit scandal. Despite his obvious personal holiness, St. John Paul II with his kissing of the Koran (TWICE!) and his infamous Assisi meetings created incredible confusion about our obligations to our neighbors. Have we really "progressed" to the point where Christ's Great Commission to convert the entire world is obsolete? Are we obliged to leave our fellow man in ignorance of Christ out of "respect" for their culture, even when that culture includes abominations like human sacrifice?

We need, like the Mexican priest in the video, to make acts of reparation for what happened at the Amazon synod. I'm writing a letter to my bishop asking for a Mass of atonement. We need that to happen in every diocese and parish in the world. God is not mocked. And the pope worshipers who prefer to tickle Pope Francis' ears rather than engage in fraternal correction, will have to answer for their involvement in the blasphemy.

Good for him! The world has been a mess since this happened.
Makes you wonder if it was a modern day abomination in the Holy Place.