Vaccine Apartheid is Spreading: "Show Me Your Papers!" 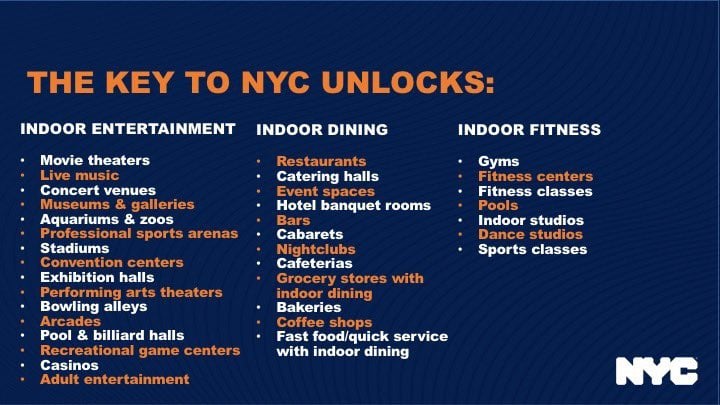 Who would ever think that so many people would happily enable our modern tyrants by eagerly supporting the "green pass" movement. Already, people, especially the vulnerable, are being deprived services all over the globe. France, Italy, Lithuania...hey...New York City are all requiring their residents to "show me your papers" in order to participate in normal life. Check it out! Many countries now require "COVID passports" in order to visit. No vax, no entry!

Even here at home....Want to go to the theatre or enjoy eating out or meeting a friend at a coffee shop? If you live in New York City? Forget it! Not if you haven't bared your arm and bent your knee to the tyrants using Wuhan terror to control you.

Think it will stop with the pandemic hysteria? Don't bet on it.

Wake up, people! This isn't about a health crisis; it's about control and money!

Public Health or Private Wealth? How Digital Vaccine Passports Pave Way for Unprecedented Surveillance Capitalism
In India, they are starving people to death if they haven't enrolled in the digital biometric ID system. No proof of enrollment, no rice ration. Here's a bit about the Aadhaar program used since 2017.

With over one billion Indians in its database, Aadhaar is the largest biometric digital ID program ever constructed. Besides serving as a portal to government services, it tracks users’ movements between cities, their employment status and purchasing records. It is a de facto social credit system that serves as the key entry point for accessing services in India.

COVID 19 was a manufactured blessing for the oligarchs of the world who want absolute control. And many people showed they are perfectly willing to go along with it. They turned on their own family members who refused the jab. They're refusing to visit or support parents and are using grandchild blackmail. And the billionnaires behind it are rejoicing!

With the onset of the COVID-19 crisis, Gates and other mavens of the digital ID industry have an unprecedented opportunity to introduce their programs into the wealthy countries of the Global North.

For those yearning for an end to pandemic-related restrictions, credential programs certifying their vaccination against COVID-19 have been marketed as the key to reopening the economy and restoring their personal freedom. But the implementation of immunity passports is also accelerating the establishment of a global digital identity infrastructure.

As the military surveillance firm and NATO contractor Thales recently put it, vaccine passports “are a precursor to digital ID wallets.” 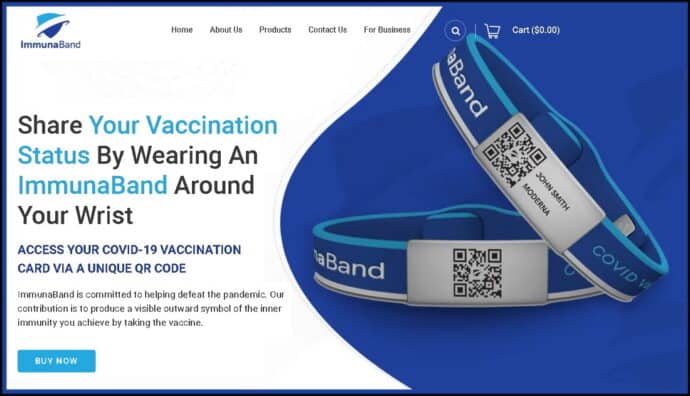 Some people may remember when biochips were in the news. They've been around for at least 30 years being used to chip zoo and farm animals and pets. You can read all about biochip technology in the International Journal of Engineering Research & Technology (IJERT), 2014, volume 2, issue 01:

With a biochip tracing of a person/animal , anywhere in the world is possible: Once the reader is connected to the internet, satellite and a centralized database is maintained about the biochipped creatures....

A biochip can store and update financial, medical, demographic data, basically everything about a person: An implanted biochip can be scanned to pay for groceries, obtain medical procedures, and conduct financial transactions....

A chip implanted somewhere in human bodies might serve as a combination of credit card, passport, driver's license, personal diary. No longer would it be needed to worry about losing the credit cards while traveling. A chip inserted into human bodies might also give us extra mental power.
The really fascinating idea is under fast track research "but we're close. The day in which we have chips embedded in our skins is not too far from now. "This is science fiction stuff." This is a true example to prove science really starts with fiction.

This was in 2014. Already, less than a decade later it's reality! The technology is being used on people, and has been since at least 2017: in Sweden,  in American businesses. The implications of this are frightening. There are "read only" chips, but also "read/write chips."

Think of putting something in your body that can be manipulated from the outside, say to update your health or financial records. You have a right to privacy and bodily integrity, but will the tyrants in government demand you get the chip anyway? Will Pope Francis encourage you do it as an act of charity "for the common good?"

And what legal safeguards will protect you from misuse? Would you trust a Joe Biden, Nancy Pelosi, Gavin Newsom, or Bill DeBlasio to protect your legal rights?

We are living in the Brave New World. It's hard to believe how fast it's come upon us -- like a runaway train. I don't easily go to the mark of the beast, but it's beginning to look like the fulfillment of apocalyptic prophecies:

And it will cause all, small and great, rich and poor, Masters and Servants, to be given a mark on their right hands or on their foreheads, And so that no one should be able to buy or to sell, except the one having the mark- the name of the beast, or the number of its name. Revelation 13: 16-17

When you can't buy a latte in a coffee shop or travel across international borders, or go to the grocery store or a restaurant without your vaccine passport...well....what then?

The time to fight is now. And the fight begins on our knees. We have no reason to wring our hands in fear, but to fold them in prayer. God is faithful to his people; the victory belongs to Him. But those who love Him often must go through fire on the way to glory, especially in a time grave societal sin. Abortion, contraception, human trafficking, assisted suicide, euthanasia, lust, sodomy, divorce, usury -- all call out to heaven for vengeance. But even more so the sins against the first three commandments. God will not be mocked. When our lives and the culture are filled with idols, we face severe judgment. How to respond? Follow Our Lady's Peace Plan given at Fatima. We have nothing to fear when we are wrapped in the folds of her mantle.

Let's pray for courage, hope, and fidelity and to be able to love the enemies of God who will do to His servants what they did to Him. They are nothing but minions of our real enemy, the devil. Let's pray for their release from his grip.

St. Michael the Archangel, defend us in battle....

When this whole mess started, my gym closed down of course. Fortunatly, I already had a good start on my olympic free weigths. Spent another 200 for more plates and some good bands. Another few bucks for olympic dumb bell bars. I only need a few square feet in the garage.
Never stopped my trail running. All the rangers were too fat to follow me up decent tech trails. Heck, they are afraid to kick off the homeless bums in some of the parks, too.

I do miss taking my wife out for dinner and a movie. That was always our "thing"

I really can understand why folks give in. I'm weak in my own way and won't "throw stones" at folks who want some normalcy.

As you know, I'm on the left coast in very very prog city.