While we were biking on the Cayuga Waterfront Trail, we stopped to visit the Ithaca Children's Garden, a charming little spot designed just for the wee ones. There was obviously a New Age influence at the place since it had a giant turtle named Gaia with phases of the moon marked on her shell and also featured a labyrinth garden.

But the entire effect of the place was sweet with lots of beautiful flowers and mini spots (a troll house, for example) just the right size for children to play and imagine.

And the children who were there clearly enjoyed all the spots designed for their enjoyment including the rice paddy where several were dabbling in the water. One little boy assured me there were fish. He was trying to catch them.


We explored the butterfly and bird gardens and the vegetable garden that encouraged those entering to "touch and taste."

When I went over to admire the chickens in their pens, however, there it was -- the rainbow "inclusive" sign on the chicken house.

So now I'm scratching my head.

Is the sign there to let all the little homosexual toddlers know they will be safe in the garden? 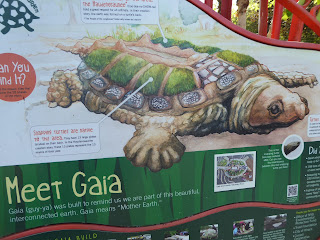 Or is it meant to assure the gay adults they have nothing to fear because there are no little two-foot homophobes running along the paths who may attack them?

On the other hand maybe it was on the chicken house to assure the hens they have nothing to fear from the transgender roosters.

Whatever the message, we can all breathe easier tonight knowing that the Children's Garden in Ithaca, New York is an "inclusive" environment watched over by Gaia the giant turtle who no doubt meditates walking around the labyrinth after everyone goes home. And now let us all sing a hymn of praise to Mother Earth. 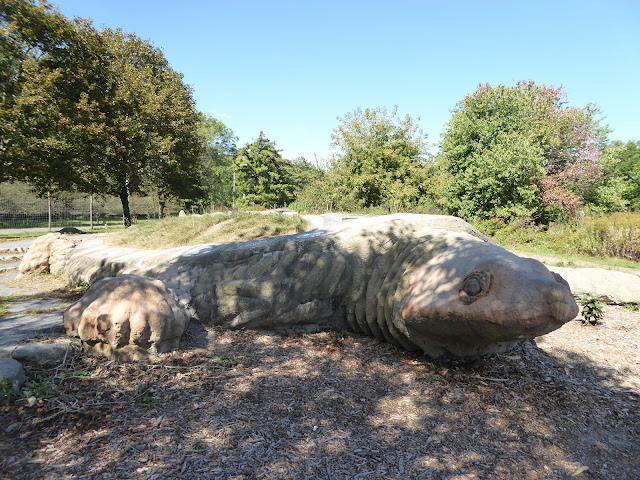 I am more and more convinced that the vast majority of these so called "children's gardens" are venues for teaching a pagan religion which soaks into their little sponge brains and somehow goes right over the heads of their tuned out parents who are just happy to see their kids enjoying themselves doing anything other than tapping buttons on a handheld gadget.

Another well known spot in Kennett Square, Pa. is Longwood Gardens which has its own "children's garden" in the massive glass atrium accessible year round. I had enjoyed going there myself until I spotted an elaborate and no doubt costly bronze work of art used in part of the fencing around this delightful little play area. The bronze featured a very unmistakable figure of a phoenix bird.

I had up to that time admired the efforts of the Du Pont family to save trees and share their garden with the public. Knowing that a phoenix is not exactly an image commonly found---or even recognized by most people, I decided to investigate the Du Ponts and discovered they have long been involved in the ranks of Freemasonry.